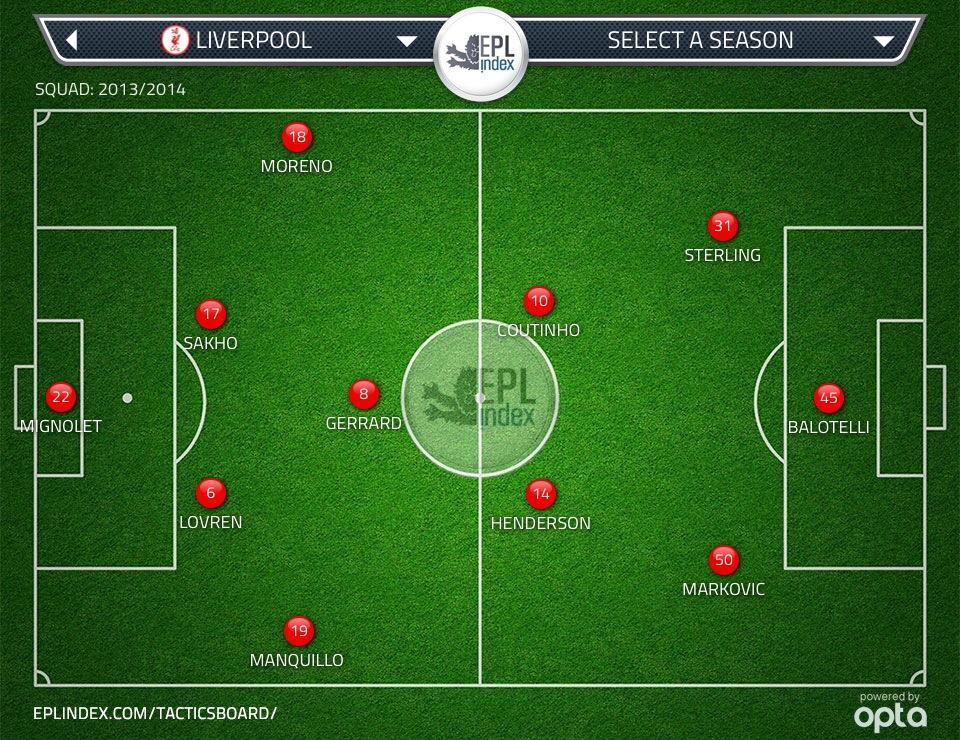 Liverpool make the trip south to London on late Saturday afternoon where they’ll take on a West Ham side who are yet to win on home soil this early campaign. Brendan Rodgers’ Liverpool will be aiming to become the third team to inflict defeat on the Hammers this season, but the Reds have problems of their own however, with the continued uncertainty when defending, and surprising lack of fluidity and penetration in the final third of the pitch currently.

The indifferent start to the season, combined with the slow settling in of certain summer signings and other players under-performing by usual standards, has caused an element of anxiety throughout the fan base, but most frustratingly is how the international break has impacted on the Reds on-pitch fortunes.

BR: Our form last year was incredible, but we weren’t playing like that this time last year. It’ll take time to settle.

That has seen goal-machine Daniel Sturridge missing for the last three games, and his absence, as well as midfield controller Joe Allen’s, has seen Liverpool’s recent performances void of the ruthlessness and dominance that both players bring to the team.

A ground out win on Tuesday night may have to be followed by another battling display in the East End, with Sam Allardyce teams always difficult to play against at the best of times and with the reds yet to find their rhythm, but Rodgers once again finds his options restricted for the clash in the capital.

Simon Mignolet picks himself in goal but the Belgian’s struggle to improve the way envisaged since he arrived on Merseyside makes a move for free-agent, Victor Valdes, seem ever-more appealing.

Martin Skrtel’s recent return to fitness means he is unlikely to command a starting place, and that’s the only reason for Dejan Lovren to remain in the team alongside the more assured Mamadou Sakho, after a slow start to his Anfield career for the Croatian.

Javier Manquillo and Alberto Moreno, who continued their impressive starts to life at Anfield in midweek with an assist each, should continue in the full-back positions.

BR: Javier Manquillo is like a rash, he’s all over attackers. He’s hard to beat and gets forward well. He wants to create.

Rodgers could of course turn to Kolo Toure and Jose Enrique to provide fresh legs at the back if he chooses to alter his back line, but with both of those players very much secondary options within the current squad, persisting with the same defence seems the likeliest option.

BR: Everyone can see Alberto Moreno’s ambition to get forward. Both full-backs are enjoying their football, settling really well.

Allen’s absence means Steven Gerrard’s ageing legs will have to play three games in a week when he would have been a candidate to be rested, alongside Coutinho, who despite a fantastic pre-season campaign, has struggled badly both wide and centrally this early season for the Reds. However with Allen unavailable, Coutinho and Gerrard should play with Jordan Henderson.

Lazar Markovic will be looking to head straight back into the starting team, after sitting out Tuesday’s success over Ludogorets through a suspension carried over from his sending off in last season’s Europa League semi-final second leg against Juventus, but Adam Lallana’s search for sharpness could mean the Serbian returns to the bench rather than the starting XI.

With Sturridge injured and Balotelli therefore set to lead the line, the question once again is whether that should be on his own or as a two man front line.

A return to the more successful and comfortable diamond shape should be chosen and therefore a two man attack should be deployed, with Balotelli partnered by the more mobile Raheem Sterling, and Lallana at the top of the diamond behind the strike force.

With that in mind, Liverpool should line up like so:

If Rodgers wants to stick with the 4-3-3 formation that has started the last two games, he should bring Markovic into the starting team in place of Lallana, leaving Coutinho in midfield with Gerrard and Henderson. That would see Liverpool look like this:

The Reds’ may have to grind out another result just like they did on Tuesday and last season against Allardyce’s side, who will be looking to take advantage of the busy schedule of fixtures Rodgers’ side face.

BR: We know West Ham will be a threat, but we’ll look to take our game there, work hard and get the three points.

With Liverpool yet to find their fluidity this early campaign and a largely new squad still finding its feet, any kind of win would be welcome to help build confidence and provide a platform to build upon for games ahead.