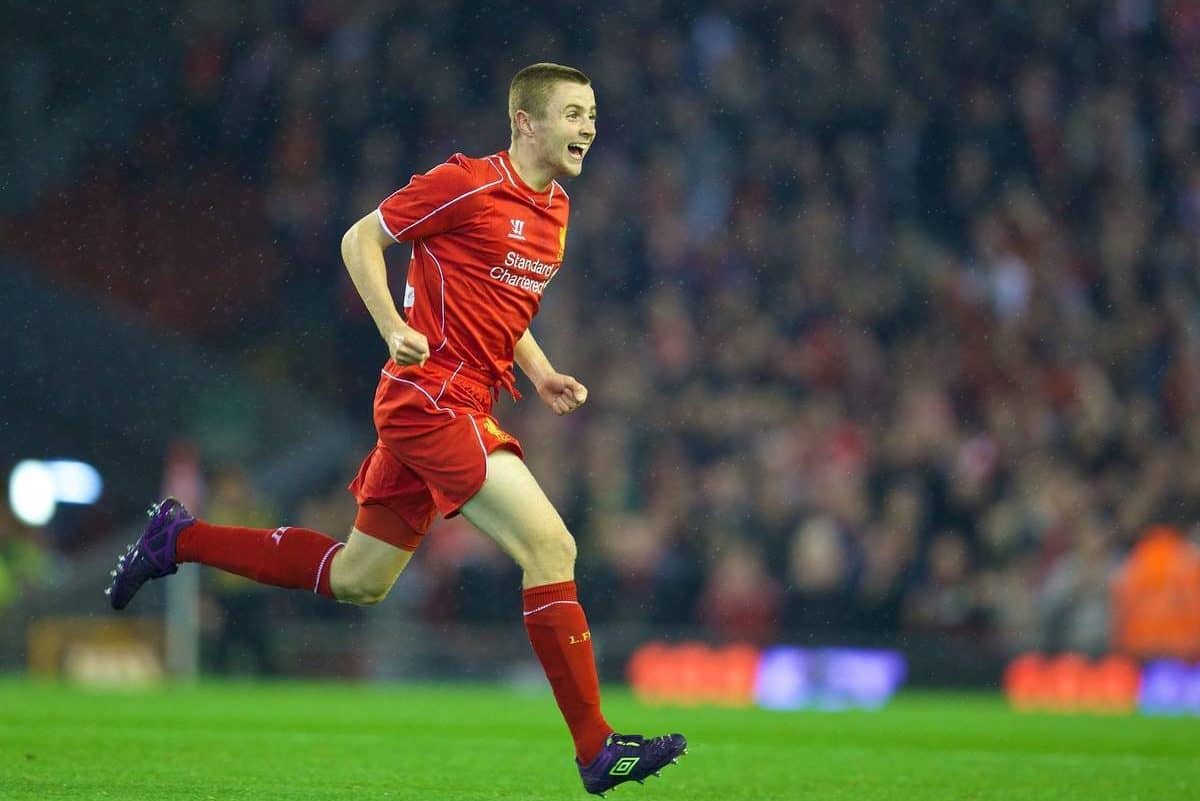 Jordan Rossiter was unsurprisingly delighted after scoring on his Liverpool first team debut in Tuesday night’s League Cup victory over Middlesbrough at Anfield.

Liverpool made hard work of the third round tie, being forced to penalties when the match ended 2-2 after extra time. Following an epic 14-13 shoot-out victory, Liverpool secured their place in the fourth round.

Rossiter broke the deadlock on 10 minutes with a drilled shot from 30 yards to mark a dream debut for the 17-year-old, who became Liverpool’s second youngest goalscorer of all time.

After the game, Rossiter was all smiles.

“To make my debut is a dream come true,” he told the club’s official website. “I got told I was starting on Monday and I was a bit shocked, to be honest. But I just couldn’t wait to get out there and it couldn’t have gone better.

“I can’t put it into words. When I scored, I didn’t know what to do. I just ran off celebrating, but it was a great experience.”

However, Rossiter isn’t getting carried away and admitted he realises he needs to stay level-headed for his career to progress.

“I know personally that this is just the start,” he added. “I’ve got to keep my feet on the ground.

“The manager just told me that I had done well. I need to keep on improving and to stay in and around the first team, while improving for the U21s week in, week out. I’m still a long way away from being in the first team. I’m still only 17.”

Rossiter’s debut and goal was met by messages of congratulations from Liverpool players past and present.

It wasn't the way we would like to win but we did at the end.
Congratulations to both Jordan for their debut.
Thanks for the support #YNWA

Just aswell he missed that, it's passed @jordan_rossiter and @J8williams bed time! Congrats on 2 great debut lads! Buzzing for yous

Earlier this year, This Is Anfield spoke to Rossiter after he collected his academy player of the year award for 2013/14. Read our interview with the Reds starlet here.