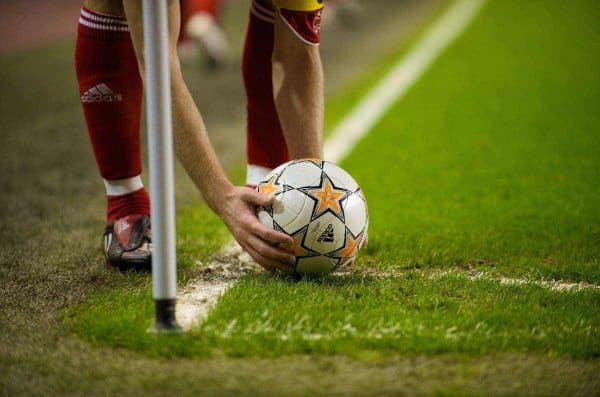 Liverpool make a long awaited return to Europe’s elite competition for the first time in five seasons at Anfield on Tuesday night, when the Reds face Bulgarian side Ludogorets.

Brendan Rodgers side kick off their welcome return to the Champions League against Bulgarian qualifiers Ludogorets in Group B, and the Reds will be looking to bounce back with immediate effect to the disappointing home defeat against Aston Villa on Saturday evening.

Liverpool will be looking to respond quickly and begin their European campaign in style before facing two tougher games against Swiss champions Basel and reigning Champions League winners, Real Madrid, as the big European night’s under the lights arrive back at Anfield.

Tuesday night’s clash will be the first time in both clubs’ history that the sides have met in any fixture and it will also be the first ever game in the group stage at the highest level for the Reds’ opponents.

The much anticipated encounter will be the first in the prestigious competition for Liverpool since they crashed out at the group stage in December 2009 when a second half comeback from Italian side Fiorentina – after Yossi Benayoun’s opener – defeated Rafael Benitez’s team 2-1 at Anfield.

Only two players who featured in the match-day squad at Anfield that disappointing night still remain at the club – Steven Gerrard and Martin Skrtel.

Anfield is ready for the return of Champions League football pic.twitter.com/8qpFRCG2dI

Rodgers made changes to his side for the visit of Villa – notably resting Raheem Sterling – and the Liverpool boss will be forced into making one change to the side that slumped to defeat at the weekend.

BR: Martin Skrtel joined the group yesterday, he’s working hard but won’t be back from injury yet. He should be back for West Ham.

The back four could remain unchanged for the third consecutive game with Martin Skrtel and Glen Johnson still out injured, but Kolo Toure and Jose Enrique – who both occupied the bench on Saturday – could receive starting berths if the Reds boss alters his defensive line as the Reds play three games in a demanding week.

Captain Steven Gerrard – who is at the stage of his career where careful management over his ageing legs is a must – is set to lead Liverpool back into the competition. However, with Emre Can ruled out and Joe Allen also set to miss the game, Lucas Leiva is likely to continue on the bench and be the player to step in for the captain during the game, should Rodgers withdraw the 34-year-old to preserve him ahead a tough fixture at West Ham next weekend.

Adam Lallana made his debut on Saturday, receiving his first minutes of the season and he is likely to play again as he searches to regain match fitness and sharpness which is evidently not yet with the former Southampton man.

Lazar Markovic is suspended for the game as he was sent off for former club Benfica against Juventus at the semi-final stage of the Europa League last season – resulting in a two game ban – and the Serbian’s absence is likely to see Sterling recalled to the starting XI in his place.

Mario Balotelli is also set to continue up front for Rodgers’ team as Daniel Sturridge frustratingly misses his second game through an avoidable injury.

Formed in 2001, Ludogorets have enjoyed a dramatic rise through the Bulgarian football pyramid and last season recorded their third successive title win in the ‘A Group’ league under former Bulgarian international Stoycho Stoev.

After defeat on the opening day of the new season however, Stoev was sacked and new manager Georgi Dermendzhiev was the man chosen to take the club forward.

BR: Ludogorets will be a tough game for us, like al games at this level. They play an open, attacking style of football.

Ludogorets, based in the north-eastern town of Razgrad, have reached the group stage of the competition for the first time in their short 13 year history thanks to an eventful second leg in the fourth qualifying round at home against Steaua Bucharest.

A dramatic last minute equaliser forced the game to extra-time but the home side went down to 10 men with goalkeeper Vladislav Stoyanov receiving a second yellow card, meaning centre back Cosmin Moti had to take the gloves.

Moti performed heroics in the penalty shootout, converting the first penalty and saving two, handing the Bulgarian’s a 6-5 shootout win and firing them to the group stage for the first time at the third attempt.

BR: Ludogorets have done very well to qualify for the group stages and they’ll be excited about coming to the iconic stadium of Anfield.

Playing at a packed Anfield in front of 45,000 will provide a unique experience for the Bulgarian side, who play their home matches at the Ludogorets Arena – their home since September 2011 that boasts a capacity of just 8000 – but the return fixture will be played in the Bulgarian capital of Sofia, as ground regulations are not up to the standard required by UEFA.

The much anticipated first group game will be shown live on ITV1 with kick off at Anfield coming at 19:45.