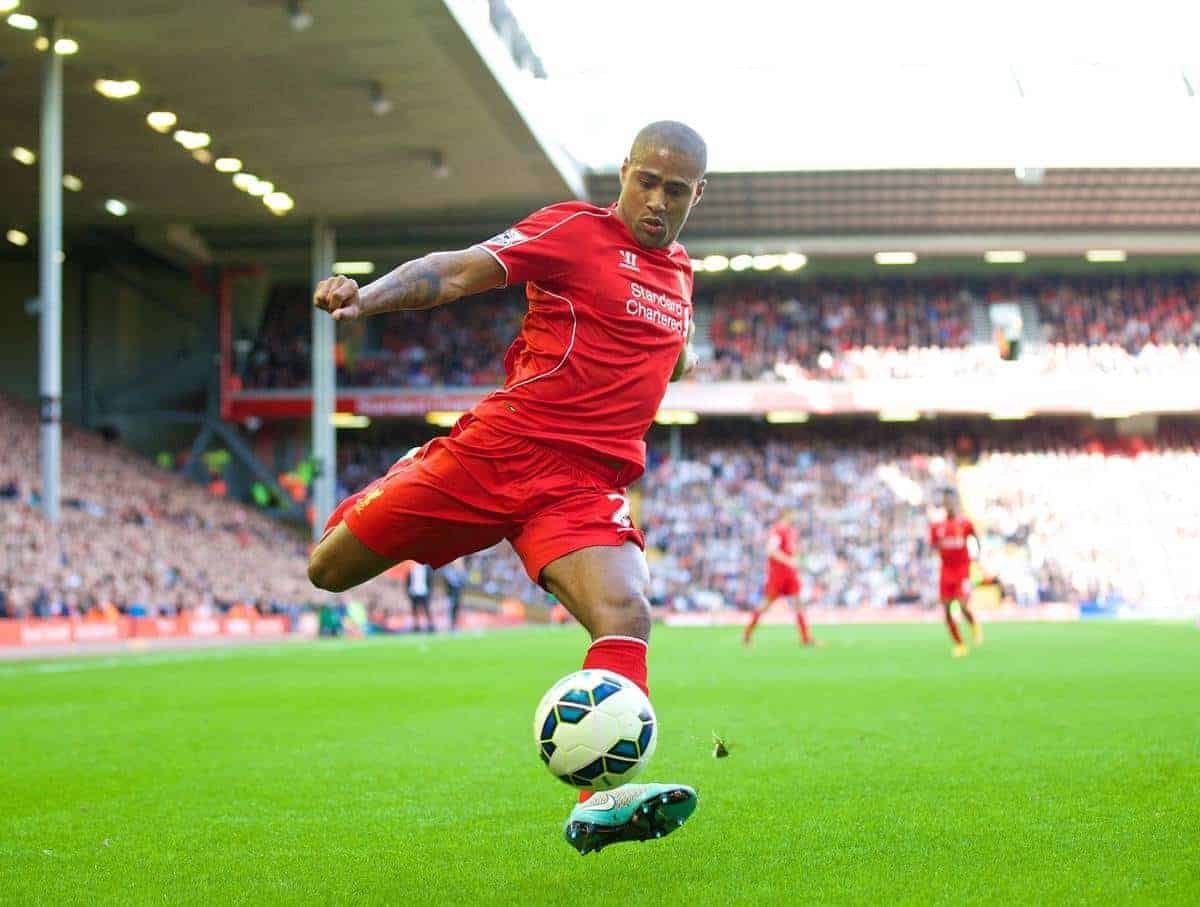 Liverpool defender Glen Johnson admits the international break was the last thing he needed after just returning from injury.

The right-back has been out since August 25, missing seven matches before making his comeback with a 30-minute substitute appearance in Saturday's victory over West Brom.

Johnson will now have to wait a fortnight for his next chance of competitive action when Liverpool's league campaign resumes at QPR.

However, considering the problems the Reds have had with Daniel Sturridge on international duty fans will not be as disappointed to see Johnson miss out on England selection as the player is himself.

"I would have preferred the international break to have come next week so I could declare myself fit and available (for England)," he said.

"Obviously with the squad being picked last Thursday I hadn't played for six weeks so I can't be involved.

"Of course I want to go away with the England team and play again for them as well.

"Of course, no player wants to be injured. I feel good and it's about match fitness now.

"The body feels good so I just need some training sessions and I can take it from there."

While Johnson has been out Liverpool won just once in the league as their dip in results coincided with Sturridge's absence.

"It is frustrating to watch because you want to be out there on the line with the lads and you want to be there even more when it is not going too well," he added.

"The most important thing for me was getting fit and hoping the lads could pull us through while I was not able to help.

"It is difficult when you have bad periods, but you'll get good periods. That is football."

Johnson is in the last year of his contract and talks appear to have reached an impasse with Liverpool wanted to negotiate a reduced deal now the defender has turned 30.

"Very quiet. I am just concentrating week by week and not thinking about it," he said of his situation.

Asked whether he wanted to stay Johnson added: "Of course, yeah. But I worry about this week, and then next week – that is how I live my life."

Should Glen Johnson be offered a new deal by Liverpool? Vote in the poll above and leave your thoughts in the comments section below.