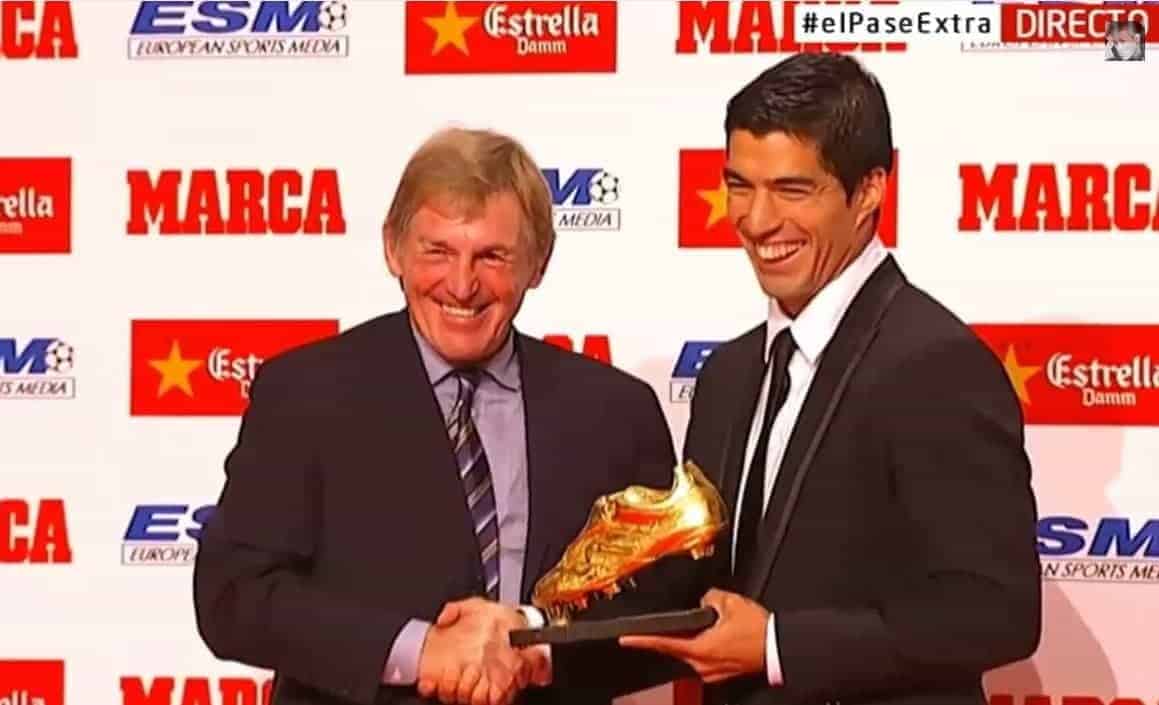 Look away now if you aren’t over Luis Suarez’s departure. The now Barcelona forward has been presented with the European Golden Shoe award he won last season while at Liverpool.

Suarez, who scored 31 goals for 31 goals in 37 games for Liverpool last season, was handed the award by former manager Kenny Dalglish at a ceremony in Barcelona on Wednesday afternoon.

The Uruguayan had initially requested that Brendan Rodgers hand over the award but the current Reds’ boss was unable so Suarez choose the man who signed him from Ajax in January 2011.

There was also a video message from Steven Gerrard. The Reds’ captain saying:

“I’m sorry I can’t be with Luis today, but I would like to congratulate him from everyone here at Liverpool.

“You were a magical player at Liverpool. Barça are lucky. Good luck for the future, mate. We miss you very much, all the best.”

Suarez, who is set to make his debut for Barcelona against Real Madrid next weekend, said of his former boss: “Brendan Rodgers has great ideas. I said when I left the club that I was leaving them in good hands.”