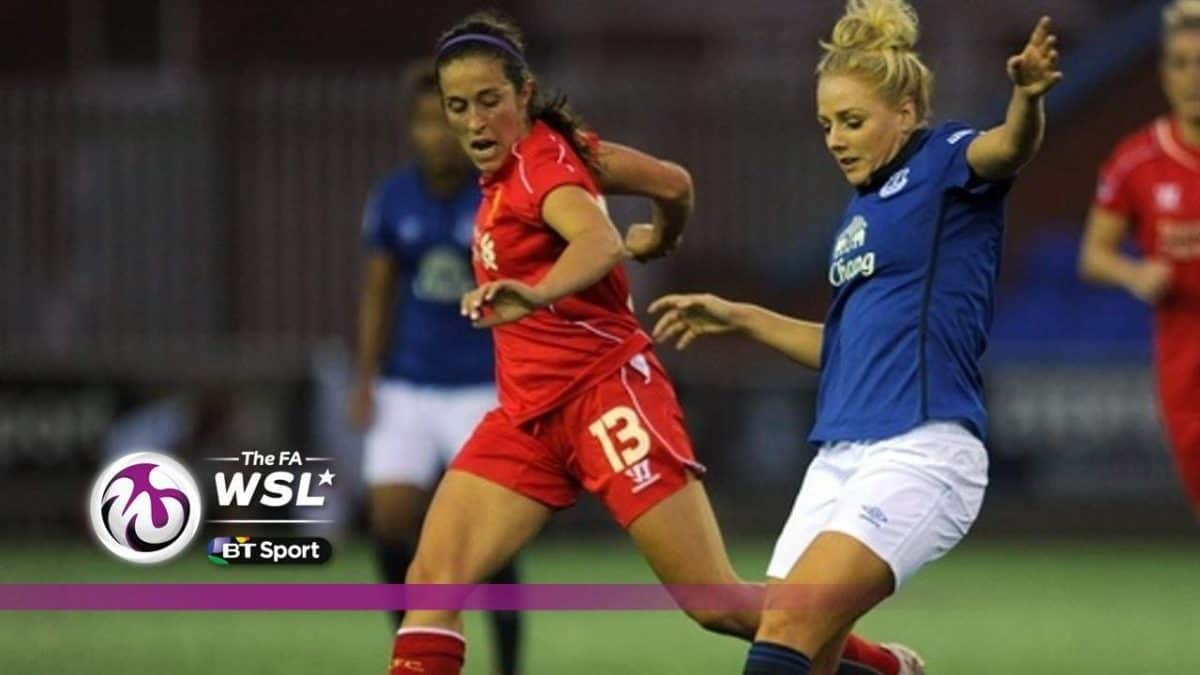 As the Women’s Super League enters the final month of the 2014 season, Liverpool Ladies are just 1 point from the top of the table with 2 games to play.

September has once again seen seen just the 2 matches for Matt Beard’s side, with an international break midway through the month sealing England’s qualification for next year’s World Cup in Canada.

With Liverpool Ladies targeting a win in each of their last 4 league games, being held to a 2-2 draw by Everton Ladies could have had a more damaging effect had the teams around them in the table not also have dropped points.

Mirroring the final derby of the 2013 campaign, Liverpool found themselves trailing 1-0 before Natasha Dowie once again drew the reds level minutes before half-time. Dowie’s goal is her 5th against Everton in 6 derby appearances.

In the second half Dowie turned creator, a brilliant flick-on into the path of Kate Longhurst who comfortably finished past the Rachael Brown-Finnis in the Everton goal to put the reds ahead.

Nikita Parris is always a danger when facing Everton, losing her marker for a split second the young no.9 scored a well-taken strike from outside the box to give the blues a share of the points. Parris was red carded before the 90 minutes was up, for a second yellow card after a poor challenge on Becky Easton.

The draw will be the last league derby for at least a year, after defeat to Notts County on Sunday, Everton‘s relegation to the lower tier has been confirmed.

This top-of-the-table clash provided an opportunity for both sides to close the gap between themselves and league leaders Chelsea – who had dropped points to Notts County only a day earlier.

After a nervy start Liverpool settled, looking the better of the two sides, passing the ball well and patiently building their attack with Fara Williams and Amanda Da Costa running the midfield.

Martha Harris was working hard at left-wing-back in her first appearance for the club since returning from the U20 World Cup. Liverpool took the first-half lead after Harris drew the Birmingham defender out towards the edge of the box before sending the ball back in across the 6-yard box for Da Costa to score her first league goal this year.

With minutes left on the clock, Liverpool looked to be comfortably seeing out the win against an uninspired looking Birmingham side when Libby Stout mishit the ball from outside her area. The ball unfortunately fell to ex-reds striker Hannah Keryakoplis who finished well into the empty net 3 minutes from time.

As Gemma Bonner picked up Liverpool’s deflated no.1, a stroke of genius saw the reds immediately re-take the lead. Straight from the restart Fara Williams spotted Birmingham keeper Becky Spencer off her lie and expertly scored the winner from inside the centre circle after taking just two touches.

The importance of the goal and the win cannot be underestimated, with Liverpool overtaking Birmingham to move up the table into the Champions League spots and just 1 point behind Chelsea.

England finished their World Cup qualifying campaign in style against Montenegro, putting 10 goals past their hapless hosts to finish top of their group with a 100% win record.

Fara Williams captained the side in the absence of skipper Steph Houghton, while Gemma Bonner also started and Lucy Bronze was amongst the goal scorers. Natasha Dowie came on during the second-half and was also unlucky not to have a goal to her name, Liverpool’s no.9 had the ball in the back of the net only for the referee to pull the goal back and award a penalty – deeming that it had been handled on it’s way in.

Katrin Omarsdottir did not feature for Iceland as they also rounded off their qualifiers with a win, unfortunately the win however was not enough to take them into next summer’s World Cup.

Denmark and Nina Frausing will also not be at the World Cup, finishing 1 point behind Iceland in Group 3 of the qualifiers.

Liverpool Ladies Development Squad have made a winning start to their season, which runs from September – May.

With a number of graduates from The FA Youth Cup winning side and boosted by players who have had experience with the first-team during their season, the young reds opened their campaign with a 3-0 win away at last year’s league winners Sunderland Ladies.

Four days later goals from Claudia Walker and Ashley Hodson gave Liverpool a 2-0 win over Everton, before another 2-0 victory over Manchester City in the Cup.

For more information on the players in Liverpool’s development squad, I wrote a Season Preview on my blog featuring a look at each player and the season ahead which you can read here: Development Squad Season Preview.

Thanks for reading September’s round-up, in October Liverpool Ladies will enter the Women’s Champions League for the first time in their history. Tickets are on sale now and are priced at just £5 adults and £2.50 concessions, the game will be played at Select Stadium, Widnes on Wednesday 8th October at 6:30pm.