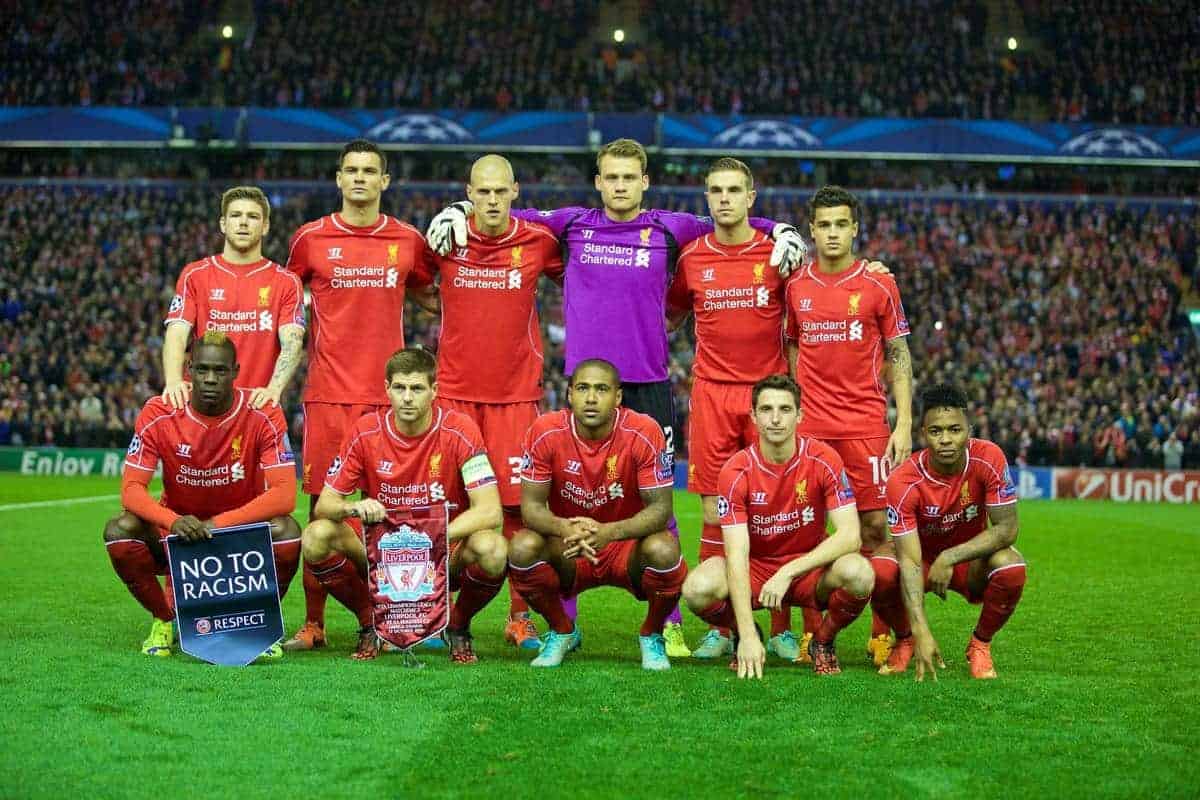 Brendan Rodgers’ Liverpool take on Hull City at Anfield on Saturday afternoon, with the Reds manager facing the prospect of having to rotate his team after a busy week of fixtures. Ben Twelves discusses possible options for Rodgers for the clash. Liverpool welcome Hull City to Anfield on Saturday afternoon for their ninth game of the league campaign, as Brendan Rodgers’ side go in search of recording three straight league wins for the first time this season.

Last Sunday saw the Reds produce a woeful display in west London against QPR, where two own-goals from the home side ensured that Liverpool escaped from Loftus Road with an underserved three points, and voices of discontent within the fan base over the abject displays are starting to emerge.

The Reds will have to bounce back from Wednesday night’s European defeat with immediate effect,  but a tough challenge awaits for Liverpool against a Hull team who arrive on Merseyside off the back of a draw away at Arsenal and have lost only twice in their first eight league games so far.

The Tigers are a threat going forward with £10 million man Abel Hernadez already scoring three goals in five appearances and the Liverpool back line will have to improve immeasurably to avoid slipping to defeat in a tricky but very winnable fixture.

Rodgers: "We need to be better as a team, not just the defence. We all pride ourselves on clean sheets. Large number of goals conceded soft.

With the game being the third in six days for Liverpool, manager Rodgers has to consider changes and freshen up his side for the visit of an underrated Hull team who are more than capable of winning for the first time at Anfield if the Reds underperform.

The on-going embarrassment that has become Liverpool’s defensive set-up desperately requires change, but with Mamadou Sakho and Jon Flanagan out and Kolo Toure and Jose Enrique primarily back up options, only Javier Manquillo is a genuine contender to come into the team.

Good news is that Alberto Moreno – who missed both Spain under 21s last fixture of the international break and the win over QPR last Sunday – looks fresh and fit to continue at the weekend.

In midfield, Steven Gerrard’s ageing legs could be of concern to Rodgers, who has a fit again Emre Can to choose from as well as Joe Allen, Jordan Henderson and Philippe Coutinho all for the middle of the park positions.

Lazar Markovic and Adam Lallana both came on against Real Madrid as substitutes and despite having little impact in the game with the tie already over, they’ll be hoping to receive recalls to the starting XI.

Mario Balotelli continues his poor start to his Liverpool career after being taken off at half time, and with pressure increasing on the Italian striker, Rickie Lambert and Fabio Borini will be desperate to take advantage of being handed a chance to play having been severely restricted in their game time this season so far.

Simon Mignolet – who made some excellent saves against the European champions on Wednesday – picks himself in goal but there should be a change to the Liverpool back four, with Manquillo coming back into the team ahead of Glen Johnson, who causes more problems for the Reds back line than he does good.

It’s unlikely Rodgers will rest Gerrard for the weekend and instead will choose to do that on Tuesday night against Swansea in the Capital One Cup, so with Allen looking tired and Henderson afforded an early night on Wednesday, the fit and fresh German midfielder, Can, should come into the team replacing the Welshman.

In attack, Balotelli’s midweek display – which was marginally better than others in recent games – may have done enough to keep him on the team-sheet but his shirt swapping incident and resulting punishment is likely to see him included amongst the substitutes.

BR: I will consider using Raheem Sterling as a striker in the future. And Adam Lallana did well when he came on.

With his shirt up for grabs therefore, quite literally, Raheem Sterling should start as the central figure in a three man attack ahead of utilising Lambert or Borini, with Lallana coming in to the team to the left of Sterling, and Coutinho to the right.

Those changes mean Liverpool should line-up against Hull looking like this on Saturday afternoon:

If the Liverpool boss chooses a diamond formation, he should start his team like so:

Alternatively, if Rodgers decides to hand the underperforming Balotelli a life line, Liverpool should start like this:

Saturday represents a dangerous fixture for Liverpool as they look to build on the back-to-back wins recorded in the last two league games with a third straight victory, but one thing that’s for certain, is that the performance level must improve dramatically in order for that to happen.