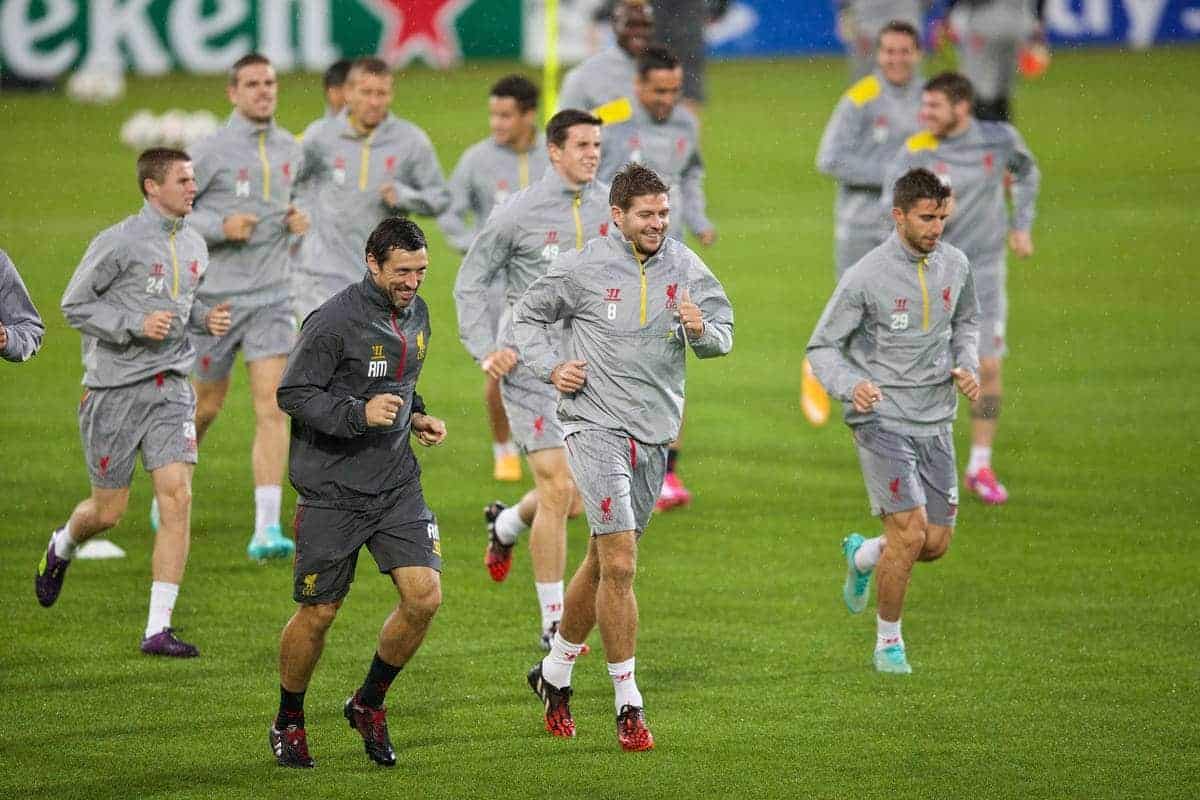 Liverpool’s squad arrived in Switzerland on Tuesday ahead of their first Champions League away match in five years.

Brendan Rodgers’ squad trained at a rain soaked St. Jakob-Park on Tuesday evening, while Rodgers and midfielder Adam Lallana fieled questions from the media in the pre-match press conference.

“I’ve always dreamt about playing in this competition as a kid,” said Lallana, who is now nearing full fitness after injury in pre-season.

“I feel I am more or less there (on fitness). I knew it was going to be tough, I am just delighted to be back playing for such a fantastic club,” he enthused.

Speaking of Wednesday’s match against the Swiss side, Lallana said “It is obviously a tough competition and there is no easy game but, to take the positives out of it, it is another game.”