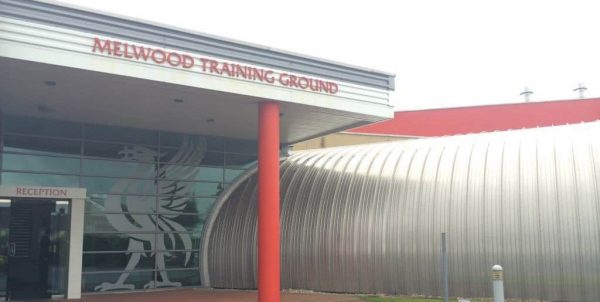 Scouting Dele Alli: All you need to know about Liverpool’s reported target

The latest young player to be linked with a move to Liverpool is MK Dons man Dele Alli. Jack Lusby gives the lowdown on the midfielder.

Liverpool’s January transfer business looks set to kick off early, with the Reds already linked with a series of deals in the new year—the latest being MK Dons’ 18-year-old attacking midfielder Dele Alli.

The young Englishman is reportedly set to join the Merseyside club on a £9 million deal according to the Daily Express.

John Richardson claims that Liverpool manager Brendan Rodgers “has made the signing of the attacking midfielder a priority, knowing that Spurs have also been in touch with the League One club.”

Richardson continues that the club “have discussed a package which, with various add-ons, would see MK Dons bank £9m.

“Liverpool want to complete the deal once the next window opens in January and would then loan Alli back until the end of the season.”

Rodgers looks keen to strengthen his side early and, whilst a loan move back to the Dons may be on the cards, Alli’s talent, paired with his potential and energy, could see the teenager slot into the Liverpool squad immediately.

At this point, Alli stands as one the most highly-rated young players in English football.

It is likely that, beyond Rodgers, his biggest fan is current Dons manager and former Liverpool Academy coach Karl Robinson.

After starring in the side’s 6-1 September victory over fellow League One side Crewe Alexandra, in which Alli grabbed a hat-trick, Robinson praised his young charge with the emphatic “I’ve gone past words now for him.”

“I just think he gets better and better and he does all his talking with the football.”

Alli’s performance in that encounter would not be of a surprise to any, after a barnstorming display in front of the cameras in the Dons’ 4-0 League Cup victory at home to Manchester United.

The midfielder was deployed in a deep-lying role in what effectively became a 4-2-3-1 or 4-2-2-2, and his bustling play helped break up United’s scant attacking opportunities with ease.

In particular Alli’s astute, decisive reading of the game saw him thwart United No. 22 Nick Powell time and again, with the midfielder’s strength doing the rest.

What’s more, however, Alli was able to recycle possession both from deep and burst forward to aid the persistent Dons attack with consistent success.

Forward Ben Reeves may have garnered most of the widespread praise for his three assists, but Alli was equally as impressive.

Alli is athletic, mobile and confident with the ball at his feet—paramount qualities within Rodgers’ midfield.

Reports linking Liverpool and Alli, as a central midfielder, come at a timely juncture, given the side’s current injury problems in that position.

Above all else, the absence of Emre Can, Joe Allen and Adam Lallana at times this season have pointed to a lack of depth in the Reds midfield — without the trio, Rodgers struggled and stuck, disappointingly, with a 4-2-3-1 formation.

The return of Lallana, and ultimately the return of Daniel Sturridge, provides the manager with the option of a return to the successful 4-3-3 or 4-4-2 diamond structures.

In his recent overview of the young star, Henry Winter of The Telegraph described Alli as a “ball-winning, ball-using midfielder” and these are the exact qualities that would aid this system.

Continuing in interview with the midfielder, Winter quotes Alli in a mature assessment of the developing of a philosophy, akin to that of Rodgers’ midfield at Liverpool, in the English game:

“We’re all trying to play the same way, keeping the ball, closing the other team down, not sitting off, dominating games with possession and attacking quickly. All the clubs understand that possession is important. The way Spain have a philosophy as a country — possession — is what we are starting to do.”

On the strength of his performances and the intelligence of this assertion, signing Alli would provide a welcome depth to this Liverpool midfield.

Once more, following summer signings such as Can and Lazar Markovic, if Liverpool are to move for Alli in January this would point towards a long-term vision for the club under Rodgers.

Markovic has featured prominently this season, despite struggling for form thus far, whilst Can would surely have settled into a regular midfield role if his transition wasn’t stalled by injury sustained during the last international break.

That’s without mentioning the phenomenal progress of Raheem Sterling under the Ulsterman.

Without asserting that the Liverpool manager favours youth, it has been clear from the off that Rodgers is happy to give credit where credit is due, regardless of age.

Dele Ali seemingly close to joining Liverpool. It's good to see that the young English talent, no doubt enthused by Sterling, Henderson

and Sturridge's developments, are choosing to join LFC.

Alli is a player that would continue this progress, with a mature talent and mentality.

Strengthening this argument, Dons manager Robinson detailed a fearlessness in the youngster that defies his age: “The kid handles pressure like it’s a walk in the park and at the highest level you have to perform under immense pressure.”

There will be an unquestionable increase in the pressure on Alli’s shoulders in a potential move into the Liverpool midfield, but despite his young years the midfielder is seemingly ready to compete in such an environment.

At a reported £9 million, at just 18 years old and performing exclusively in the lower leagues, it can be argued that there is a lack of value in a potential deal for Alli this January transfer window.

However, factoring the midfielder’s young age as a positive, and with Alli’s mature performance against United in the Capital One Cup, the Dons youngster can prove to be an astute signing for Rodgers.

In a midfield flooded with talent with the likes of Jordan Henderson, Allen, Lallana and Can in the mobile, central ranks, Alli may struggle to hold on to a first team role from the off.

However, the ageing Steven Gerrard may point towards an opening for the midfielder.

Alli clearly has the potential to develop his qualities as a powerful box-to-box talent, and this could suit a fluid Liverpool midfield; Can could find himself in Gerrard’s deep-lying role in the near future.

Prior to that, and assuming Alli will return to the Dons on loan until next season, the youngster can provide energy and depth to the Liverpool midfield.

Whilst £9 million may seem a significant outlay for such an inexperienced talent at this stage, securing the signing of Alli in January should be a provident move.

Would signing £9 million Dele Alli be a good move for Liverpool? Let us know in the comments below.