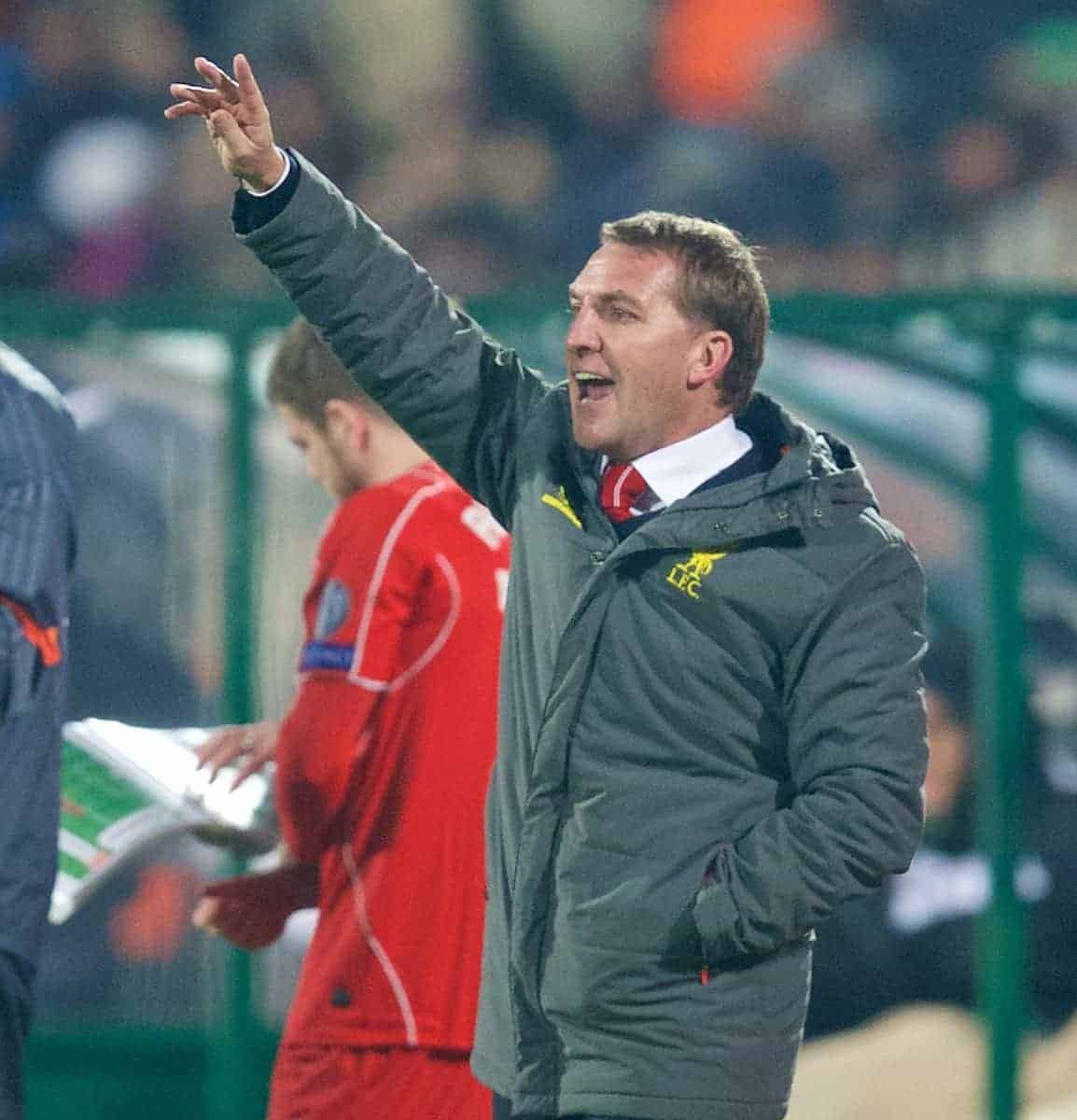 Brendan Rodgers was in a positive mood despite watching his side concede a late equaliser as Liverpool kept their Champions League hopes alive with a 2-2 draw against Ludogorets in Sofia on Wednesday night.

After going behind inside three minutes to a Dani Abalo close-range strike, goals from Rickie Lambert and Jordan Henderson turned the game in the Reds’ favour on a bitterly cold night in Bulgaria.

Georgi Terziev’s late equaliser for the hosts was disappointing, but ultimately makes little difference to Liverpool’s hopes of qualification from their Champions League group; victory at home to Basel next month will secure progression.

It was a result that ended a four-game losing streak for Rodgers side, and the Northern Irishman appeared relieved on full time.

“To go a goal behind in this competition so early on you really need a team that is together and I think the character of the team came out,” he told Sky Sports.

“We spoke before the game that this needs to be the night to change our season and for that we needed to show the character in our team.

“We are disappointed with the goal we conceded in the end but is irrelevant, we need to beat Basel in the final game.

“I picked players I know what they are capable of. In time the new players will adapt to how we work. This is a real confidence boost for us, because Ludogorets are a really difficult team to play against.”

Liverpool face Basel in their final group stage game on Tuesday, 9th December at Anfield. Next up in the Premier League is the visit of Stoke City on Saturday, 29th November — kick-off is 3pm (UK).