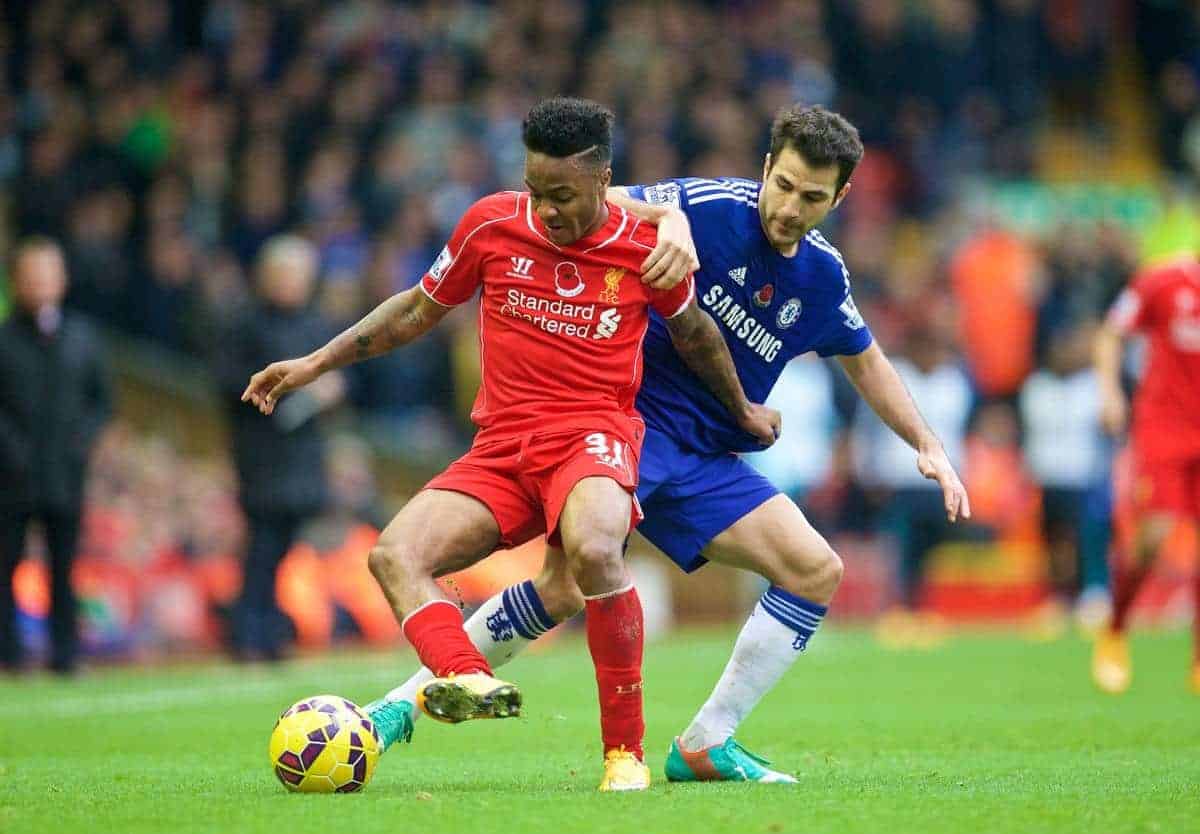 Liverpool succumbed to a 2-1 defeat to Chelsea at Anfield, despite Emre Can‘s early goal giving them the lead. Diego Costa’s second-half effort proved to be the winner.

Brendan Rodgers rather contradicted his claims on Tuesday that he picked his side against Real Madrid on form, making seven changes from the team that performed so admirably at Santiago Bernabeu.

Can’s shot after just 30 seconds looped just wide of Thibaut Courtois’ goal, and Liverpool’s start to proceedings was quicker and more dynamic than of late.

After eight minutes the Reds were in the lead, and it was Can who scored. The 20-year-old’s long-range effort took a heavy deflection of Gary Cahill, and the ball flew past Courtois. It was a dream start for the hosts.

Chelsea were level five minutes later, however. Mignolet made a superb save from John Terry’s header from a corner, but the Belgian just took Cahill’s rebound over the line. Once again Rodgers’ men had come unstuck at a set-piece.

Balotelli had a goal correctly disallowed for offside and Cahill almost handled from Sterling’s shot. It had been a breathless opening 20 minutes.

An excellent run and shot by Coutinho tested Courtois after 25 minutes, but Chelsea continued to threaten aerially at the other end. Johnson made two important blocks to deny Eden Hazard.

The Reds had a poor spell of play when they simply couldn’t clear the ball, much to the frustration to the home faithful, and Jose Mourinho’s league leaders started to take a stranglehold on the game.

The half-time whistle came at a good time for Liverpool, and after a terrific start they had lost their way somewhat.

There were no changes for either side at the interval, as Liverpool tried to give their season some much-needed momentum.

Diego Costa’s acrobatic effort flew over the bar, Sterling forced Courtois into a fine save and Gerrard made an excellent block to thwart Hazard, as the second-half got off to a flier. Chelsea looked the more likely to take the lead though.

On the hour mark the match was very finely poised, but Rodgers’ men were really struggling to break down Chelsea‘s excellent defence. The game grew heated, and it’s clear to see there is still plenty of hatred between the two sides.

Midway through the second-half Chelsea were ahead, and it had been coming. Cesar Azpilicueta’s cross was palmed out by Mignolet, and Costa buried the rebound ruthlessly. Liverpool had it all to do with a quarter of the game remaining.

Henderson’s volley in the 75th minute almost diverted off Matic, but it was the only genuinely good chance they managed to muster despite an improvement in the final 15 minutes. Cahill blatantly hand-balled in the area with four minutes left, but referee Anthony Taylor waved away Liverpool’s protests.

The final whistle blew, and Rodgers and his side had to accept they had been second-best for much of the afternoon. Their frustrating season continues.

Rodgers lined up with a 4-3-3 formation. Can and Henderson played ahead of Gerrard in midfield, while Coutinho and Sterling supported Balotelli on the right and right, respectively.

Gerrard’s lack of pace was an issue, however, Balotelli was again too isolated for large periods of the game. The Reds’ season continues to lack a spark.