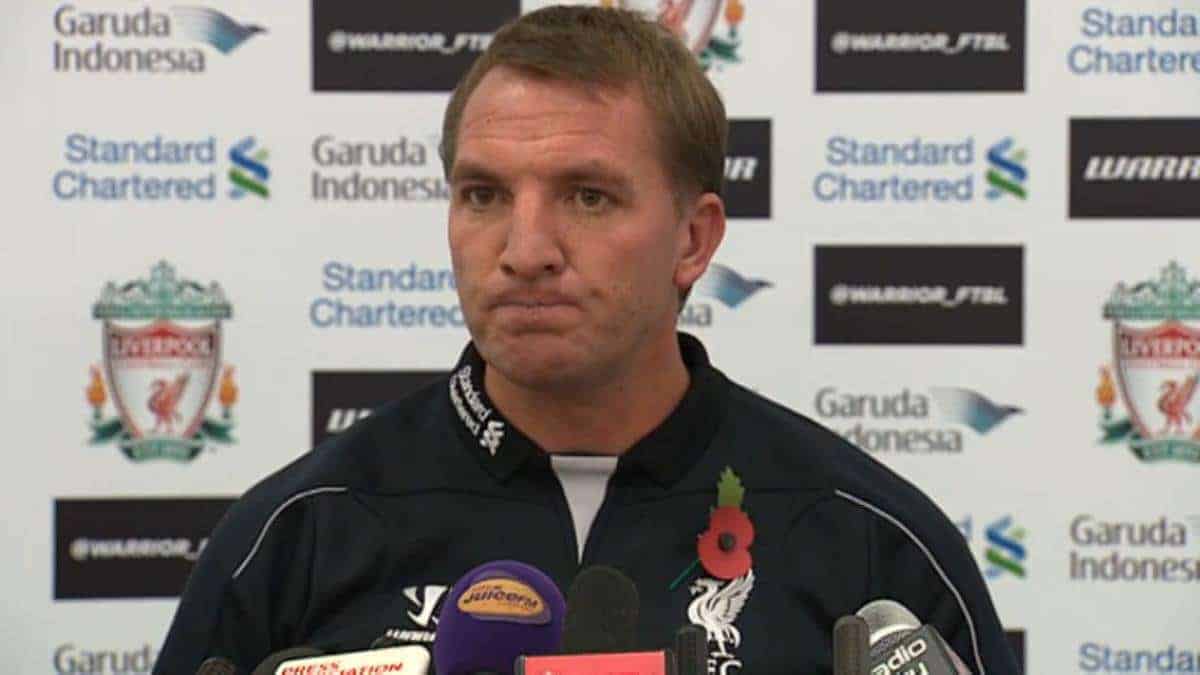 “I think it was probably more for you guys (the media). It was just an unfortunate thing for me [Gerrard slipping for Demba Ba’s goal].

“It shows you the character of Steven. He has demonstrated that through his career.

“He has had hard moments in his career and he always responds magnificently – there was no blame.

“He was instrumental in our run last year and how well we played and he is a big character and bounces back from that.”