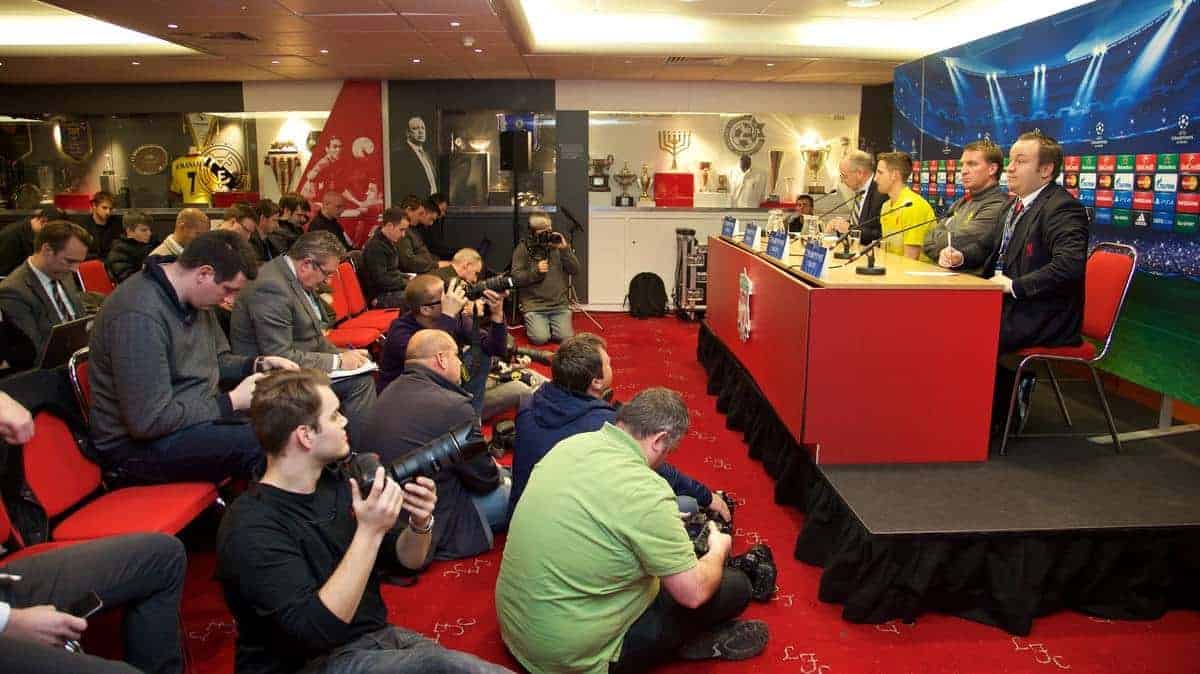 Brendan Rodgers expects to have the same players available for Tuesday night’s crucial Champions League clash against Basel at Anfield as he did at the weekend.

Liverpool must beat the Swiss side to book a place in the next round of the Champions League — or face elimination to the Europa League.

Rodgers told the media at his pre-match press conference on Monday afternoon that he considered bringing a younger player into the squad to help with attacking creativity against Basel, but feels he has the goals in his squad already.

Therefore the likes of Mamadou Sakho and Mario Balotelli don’t look set to return from their injuries, whilst it is unlikely Rodgers will bring in Fabio Borini having dropped him from the matchday squad recently.

Mamadou Sakho part of the LFC squad in training. pic.twitter.com/0TNHEhPvYh

On the occasion of Tuesday’s game

“Tomorrow night will be a great night, it’s up to us to get the job done.

“It’s an opportunity for the players to qualify and write themselves into folklore.”

On an over-reliance on Steven Gerrard

“We can’t just be solely reliant upon him [Gerrard].

“It’s about the collective and for us to get the result tomorrow night we need the whole team to be functioning well.

“We certainly haven’t the consistency this season but slowly I can see the differences in the team; concentration, focus, quality.”

On how to beat Basel

“We have to retain our patience, play a good technical game and have our concentration and focus. If we do that I believe we have great chance.

“We go into the game with a better mindset than when we played them in Basel.

“We arrive into the game with confidence we can get the job done. A lot of players who want to do well, hungry.” “I very much doubt any of the players that weren’t available at weekend will be ready.”

On Martin Odegaard, the 16-year-old who has trained at Liverpool this last week

“I will say nothing on a young player or any player who is involved in another club.

“Martin is a talented player but he’s not a Liverpool player.”

Liverpool v Basel gets underway at 7:45pm on Tuesday, 9th December. Get involved in Liverpool FC discussion in our fans’ forums.