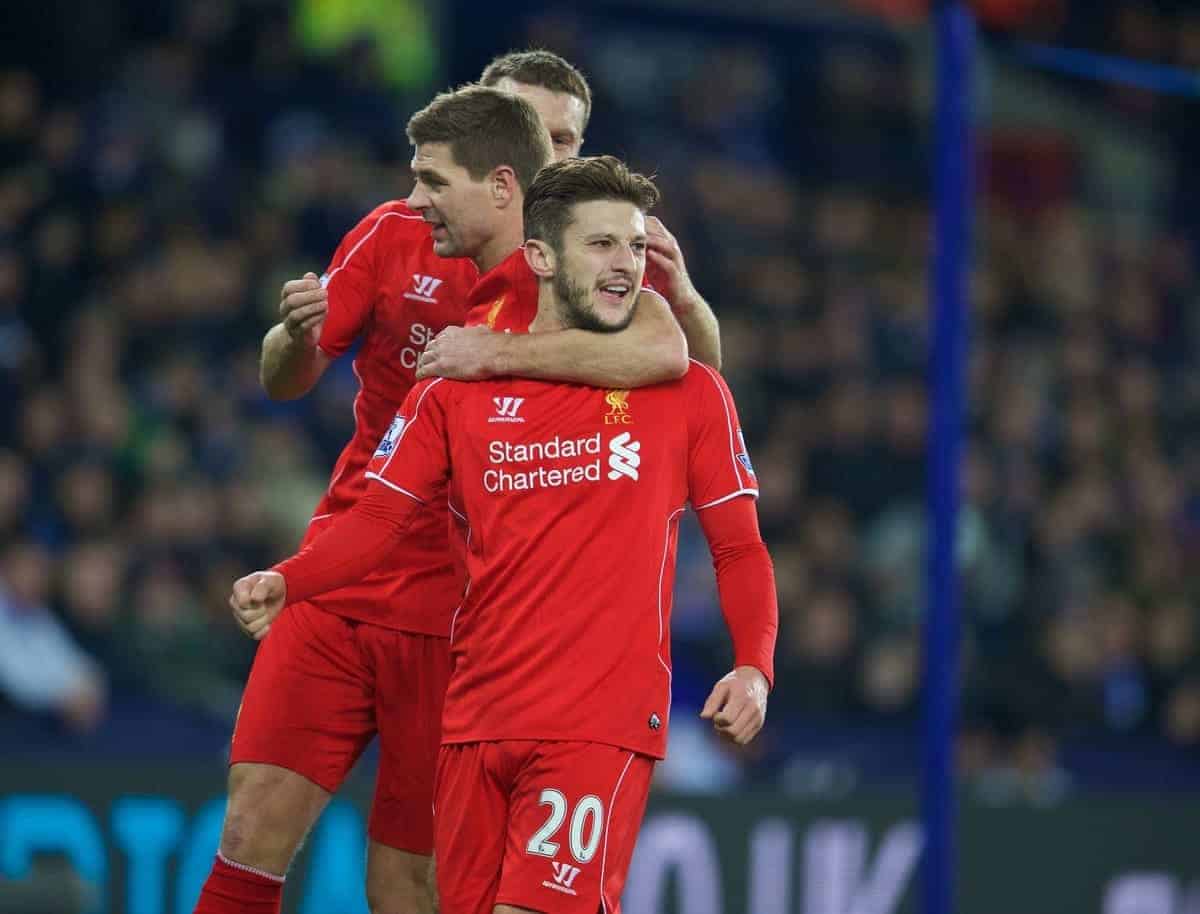 Liverpool beat Leicester City 3-1 at the King Power stadium on Tuesday. Simon Mignolet‘s own goal put them behind, but goals from Adam Lallana, Steven Gerrard and Jordan Henderson earned the Reds all three points.

Brendan Rodgers made three changes to the Liverpool side that beat Stoke City 1-0 at Anfield on Saturday, with Javier Manquillo, Steven Gerrard and Adam Lallana replacing Jose Enrique, Joe Allen and Philippe Coutinho.

Johnson switched to left-back with Manquillo on the right, Gerrard occupied an attacking midfield role and Lallana started on the right-side of midfield. Kolo Toure and Lucas Leiva retained their places having impressed on Saturday.

The Reds were looking for another three crucial points, against a Leicester side rooted to the bottom of the Premier League table.

The game got off to a pretty scrappy start, with lots of high balls and little invention from either side. Martin Skrtel glanced a header wide from a Gerrard free-kick and Lallana’s effort was blocked. Rodgers’ side were enjoying the better of the opening 15 minutes.

Raheem Sterling almost snuck in from Rickie Lambert’s cross, while Simon Mignolet almost gifted Esteban Cambiasso a goal with a shocking pass after 20 minutes. Somehow the former Argentina international side-footed wide. It was yet another woeful piece of play by the Belgian goalkeeper.

He scored an own goal a minute later, however, but he was desperately unlucky. Leonardo Ulloa’s shot came back off the post and hit the 26-year-old on the rebound. Liverpool were behind.

Seconds earlier, Skrtel had cleared Jamie Vardy’s shot off the line, but Leicester‘s attack should never have materialised if Glen Johnson hadn’t lost the ball cheaply at the other end of the pitch.

Five minutes later Liverpool were level, thank goodness, as Lallana pounced brilliantly on a loose ball to fire past Kasper Schmeichel. It had been an entertaining first half an hour.

The game continued to ebb and flow before the break, with the hosts looking threatening- Skrtel was having a particularly poor evening. It was all square at the interval. Alberto Moreno was introduced for Javier Manquillo at the break, as Liverpool looked to earn all three points. They got off to slow start, however, and the ball was barely out of their own half for the first five minutes.

Liverpool were ahead after 54 minutes though, and you could have just guessed it would be Gerrard to score, after all the negative publicity he has received of late. He stroked home a lovely finish after Sterling’s cross had not been properly cleared by Wes Morgan

Rodgers’ men started to boss proceedings, with Gerrard poking wide and Sterling firing harmlessly over. Morgan was then sent-off for hauling down Lambert, and the Reds had a great chance of kicking on and winning comfortably.

Leicester still threatened though, and with Liverpool’s defence the way it is currently, victory was far from guaranteed. Gerrard somehow wasn’t awarded a penalty after a foul on him by Schmeichel after 73 minutes, and Nigel Pearson’s side should have been down to nine men.

With 10 minutes remaining, it was arguably Leicester who looked the more likely to get the next goal.

Liverpool put the game to bed with seven minutes left though. An error by Schmeichel allowed Sterling to brilliantly back-heel the ball to the quiet Jordan Henderson, who finished well.

The final whistle soon blew, and it was another vital three points and a good win. Improvements are still most certainly needed though.

Man of the Match: Lucas Leiva