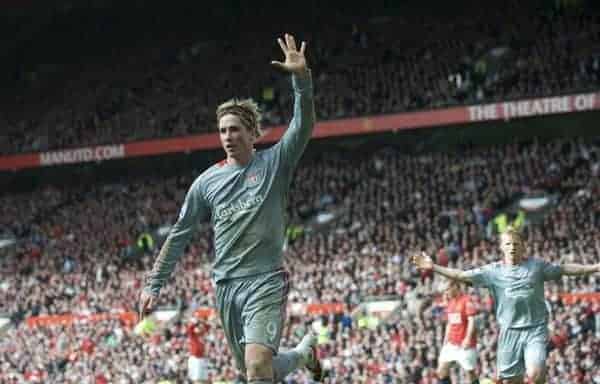 The January transfer window edges ever closer, and we take a look at the rumours affecting Liverpool over the last few days.

Another Monday, and yet another dismal weekend for Liverpool.

Sunday’s 3-0 loss to Manchester United may not have been the worst performance of the season by any means, but it has heaped further pressure on Brendan Rodgers and his side.

The defending was shambolic once again, while the finishing, in particular Raheem Sterling’s, left a lot to be desired.

Rodgers badly needs to add to his squad in January if the Reds are to have any chance of mounting a genuine top-four challenge, and they look lacking all over the pitch.

With that in mind, here is a look at the rumoured ins and outs in the transfer market over the weekend. According to the Daily Star, admittedly a pretty flaky source when it comes to transfer news, Liverpool are set to bring back former hero Torres in January.

The 30-year-old has been something of a laughing stock ever since leaving Anfield in 2011, and his time at Chelsea was one of complete misery. He scored just 20 goals in 110 Premier League appearances for the Blues.

The Spaniard is currently on loan at AC Milan, where he has also struggled, and you have to wonder what the positives would be in him returning to Merseyside. He is a shadow of the player he once was, and would likely tarnish his previously glowing reputation at Liverpool were he to return. It is extremely unlikely.

The Daily Star are once again linking Liverpool with a move for a new player; this time the highly-rated Perin.

The Reds’ goalkeeping situation is an absolute mess at the moment, with Simon Mignolet dropped “indefinitely” and Brad Jones no more than a lower league ‘keeper. A new first-choice man between the sticks is paramount.

22-year-old Perin is seen by many as the natural successor to Gianluigi Buffon in Italy’s goal, and he has impressed greatly for Genoa since making his debut in 2011.

There seems to be some truth in the rumours surrounding his move to Liverpool, and it would be both a terrific and much-needed piece of business by the club.

It is being rumoured that Rodgers will only be allowed to sign players on loan in January, and the Daily Mirror reports that Guarin is high on the Northern Irishman’s wishlist.

The 28-year-old Colombia international, who is currently at Inter Milan, is a combative, box-to-box central midfielder; something the Reds only really have with Jordan Henderson.

He is powerful, fast and technical, and his versatility- he can adopt either a deep-lying, attacking or right-sided midfield role- would appeal greatly to Rodgers.

Guarin has made over 100 appearances for Inter, since arriving from Porto in 2012.

The Gerrard saga looks like it will rumble on and on, as the skipper’s future remains up in the air.

According to the Daily Telegraph, the 34-year-old is seen as New York Red Bulls’ marquee signing ahead of the new MLS season.

The fact that the American sides’ sporting director is former Liverpool manager Gerard Houllier, who Gerrard had such a fantastic relationship with, could act as a potential catalyst in the move.

It must be a very tricky time for the Reds legend at the moment, with a new challenge, coupled with Liverpool‘s poor form, surely appealing somewhat. Whether he ever has it in him to leave his boyhood club is debatable, however.

It’s fair to say that Balotelli’s move to Liverpool has been very disappointing thus far, and the Daily Mirror are reporting that the Italian could even be on his way back to former club Inter as early as January.

There have been real doubts as to whether Rodgers ever really wanted the 24-year-old at Anfield in the first place- some believe it was a desperation move because he had missed out on his top attacking targets- and the fact he has not scored a league goal yet for the Reds is a pretty damning statistic.

Despite this, it’s hard to see him returning to Italy, and a rumoured move to Paris Saint-Germain would be more likely. Expect him to stay until at least next summer though, particularly when you look at how light the Reds are up front.

Johnson’s days at Liverpool appear to be coming to an end, and Italian publication Il Messaggero believes the 30-year-old could sign a pre-contract agreement with Roma ahead of a summer move.

The full-back’s performances have simply not been good enough for a while now, and the time has come for him to move on and allow the likes of Alberto Moreno and Javier Manquillo the chance to develop at Liverpool.

Johnson has never been universally loved at Liverpool since joining from Portsmouth in 2009, and although there is plenty of talent at his disposal, he has never consistency reached the heights many expected of him five years ago.