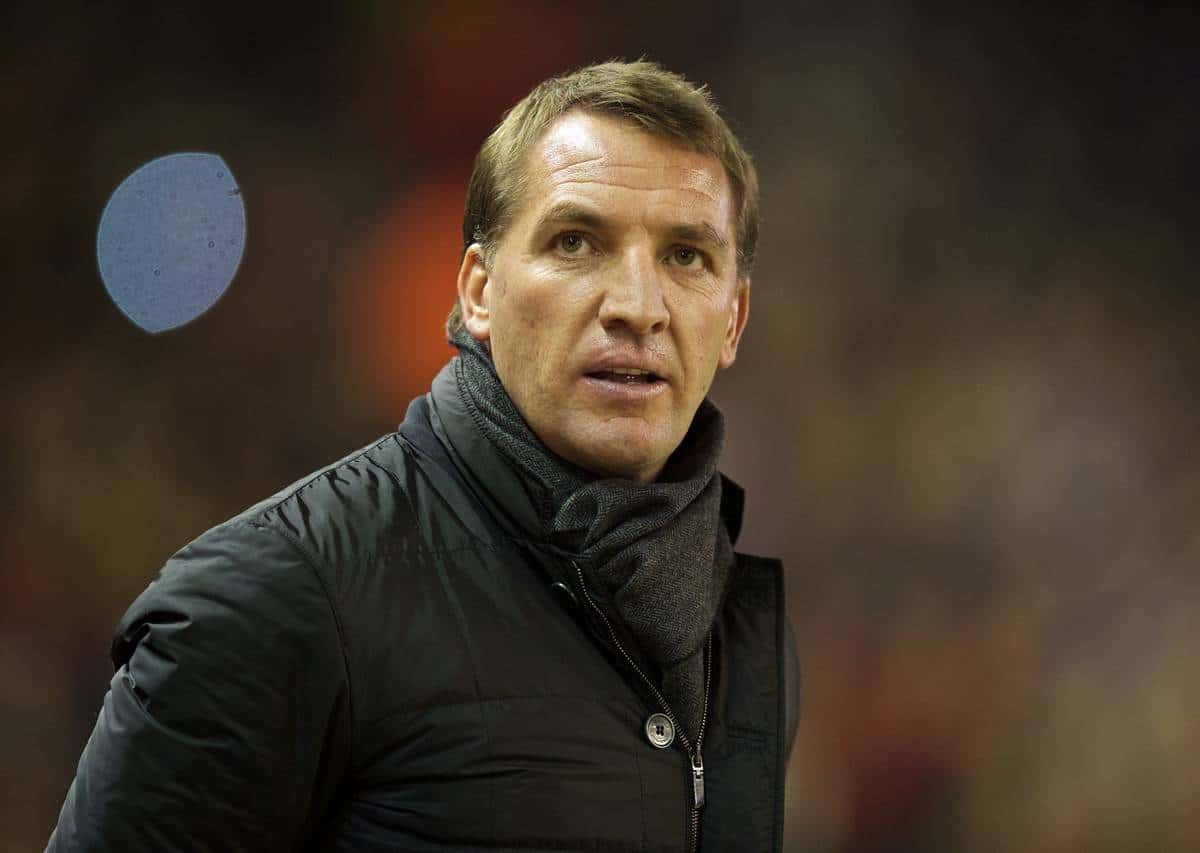 Liverpool play their first fixture of the new year on Thursday when they take on Leicester City at Anfield in another must win clash. Ben Twelves discusses the all-important team selection options available to Brendan Rodgers.

Brendan Rodgers’ rejuvenated Liverpool begin the new year against bottom of the table Leicester City on Thursday at afternoon at Anfield, in a match that the confident Reds will be looking to continue their upturn of form in.

The Reds produced their best performance of the season last time out as they beat Swansea for the second time this season on Monday night. With Rodgers’ side beginning to resemble something of the team seen last season, confidence is oozing throughout the squad ahead of another winnable league fixture.

Rodgers’ side now sit five points behind 4th placed Southampton and 5th placed Arsenal and while it’s going to take a big effort to finish in the top four, Liverpool must now embark on a sustained run of picking up maximum points, continuing on New Year’s Day against Nigel Pearson’s side who arrive on Merseyside off the back of recording their first win in 14 matches.

The match against the Premier League newcomers is set to be the first of a busy month for Liverpool who will play seven times in January – having played eight games in December – but with an FA Cup game against AFC Wimbledon next in line for the Reds, Rodgers should again name as strong a team as possible.

Brad Jones remains out through injury, as does Joe Allen, but Dejan Lovren is nearing a return after re-joining training and he will be assessed ahead of Thursday’s match, though it could come too early for the Croatian with the FA Cup third round tie with Wimbledon next Monday also a possible date for a return.

BR: We’ll see how Dejan (Lovren) is tomorrow. If he’s not fit to face Leicester, he’ll be back for the next game.

Martin Skrtel is banned for the match after picking up his fifth yellow card of the season against the Swans meaning Kolo Toure – who occupied the bench on Monday night – is likely to come into the side in place of the Slovakian.

Skrtel’s absence will therefore see Rodgers make one enforced to change to his side that could otherwise remain unchanged from the team that started in the 4-1 victory over Gary Monk’s men, though Steven Gerrard will be hopeful of a recall to the starting team.

Lazar Markovic is another who will be looking to reclaim his shirt in the starting XI after making way for the impressive Alberto Moreno, but with a good balance provided with Monday’s goal-scorer and fellow countryman Javier Manquillo on the right, Rodgers could opt to stick with the Spanish under-21 internationals.

Raheem Sterling is available to continue is his new striking position ahead of Adam Lallana and Philippe Coutinho after the 20-year-old escaped punishment for his altercation with Swansea defender Federico Fernandez in Monday night’s victory.

Having produced their strongest performance since breezing past Tottenham back in August, Rodgers could name an almost unchanged XI – with Skrtel having to make away – in an attempt to continue building on recent improved form.

Rotation will be needed over the coming fixtures, but with the FA Cup tie against Wimbledon next in line for Rodgers and his team, it should be the cup clash that sees the Liverpool manager alter his starting team.

Rodgers: "We put a lot of thought, a lot of time into this formation. Worked daily on it on training field. They all feel comfortable in it"

3-4-2-1 continues to bring a change in fortunes for the Reds and with Rodgers having no reason to move away from the successful shape, Liverpool are almost nailed on to continue with the set-up and also with little reason to change the side, this is how I’d expect the Liverpool to line up for the match: The shape is set to remain but if Rodgers did have concerns over rotation and its importance to enable “fresh performances”, the Reds boss could introduce more fresh legs to the XI and that might see Liverpool look like this: Leicester will arrive at Anfield in a more confident mood following their victory last time out, but it’s vital that Liverpool keep concentrated in a fixture of real importance and leave Anfield having recorded a third straight win for just the first time this season.

Another victory, increased confidence and a few results kindly falling in the Reds favour, and a top four challenge is back on.