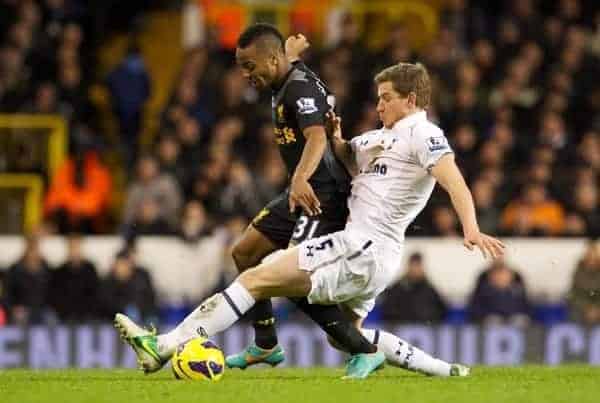 With the January transfer window edging closer, the tabloid rumour mill is about to step up a gear. This Sunday sees Liverpool linked with two Premier League defenders; Jan Vertonghen and Winston Reid.

With Liverpool’s defensive fragilities well documented – so much so that Kolo Toure has forced his way ahead of £20 million man Dejan Lovren in recent weeks – a centre-back looks to be a priority for Brendan Rodgers’ side.

Such a move would make sense, with Rickie Lambert having just played five games in 14 days as Liverpool’s lone forward due to Daniel Sturridge and Mario Balotelli’s absences through injury.

Rodgers, meanwhile, hasn’t even named Fabio Borini among his subs in his last three games, despite the Italian being fit.

Nonetheless, it’s defenders who are also needed at Anfield – despite two clean sheets in their last three games.

The link with Vertonghen seems a strange one, given that Liverpool have spent £38 million on left sided centre-backs in the last two summer transfer windows.

The Belgium defender is capable of playing either side in defence, but he is left footed so a move would appear unlikely.

It’s the link with Winston Reid that seems more plausible – especially with the West Ham defender out of contract next summer, meaning he could be available on a cut price in January.

A right footed centre-back who can also play right-back, Reid would certainly be a welcome addition on Merseyside.

West Ham boss Sam Allardyce is quoted recently, saying: “His contract situation is an on-going factor between the owner and his agent. I would imagine one or both are going to come to the conclusion this has gone as far as it’s going to go and can’t go any farther.”

At age 26, Reid has experience in the Premier League and with a low price and potential for further development certainly fits the profile of player FSG wish to sign.

Reid would seemingly add some competition for Martin Skrtel’s place in the side, with the Slovakian being the one permanent fixture in Liverpool’s much maligned defence.