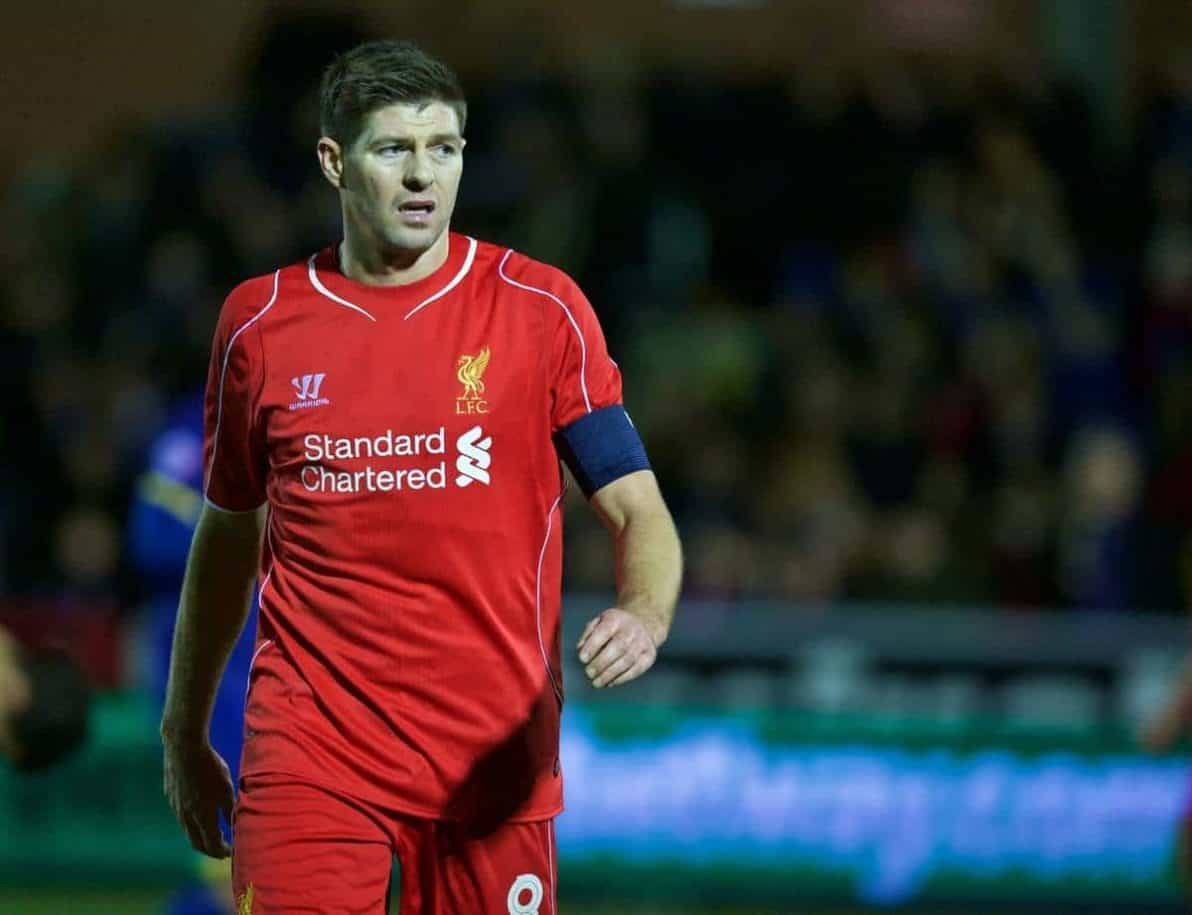 The 34-year-old proved just what Liverpool will miss next season in his first game since confirming he will leave his boyhood club in the summer.

Liverpool boss Rodgers hailed Gerrard's "world-class ability" and backed the Reds to chase FA Cup glory, with the May 30 final the day the Anfield skipper turns 35.

"Well the FA Cup final is on his birthday, so there would be no better way for us to mark it, that would be a wonderful send-off for him," said Rodgers.

"Okay he might be getting a bit older but he'll always have that world-class ability and world-class talent.

"There are a lot of games to play in between, but we've targeted a cup victory this season, so we're still very much in line for that moving into the second part of the season.

"The team's still very focused and we played some really good football tonight on a really good pitch.

"So the idea is to get a cup run, and if we can do it that would be really special of course."

'The Beast' Adebayo Akinfenwa bludgeoned Wimbledon level after Gerrard had headed Liverpool into an early lead.

Gerrard then stepped up to complete a trademark salvage job by firing home an accurate free-kick strike as Liverpool stubbed out any chance of an upset.

The former England captain dragged his home town club out of the mire as he has so many times before, bringing into sharp focus what Liverpool will be without when he moves to America next term.

Rodgers however refused to accept that the more Gerrard continues to underpin Liverpool triumphs, the more the pressure grows to find the club's future talisman.

"We play as a team, we win as a team and we lose as a team," said Rodgers.

"It's very much a collective.

"I've never asked anyone to do any more than anyone else.

"You have of course your quality players, I've always said nothing's changed that.

"But of course it's up to us as a club, we need to ensure we keep working and producing top-class players.

"Steven was outstanding in the game, a brilliant individual performance from him and a real catalyst for us.

"If he was a real selfish player he might have stayed on the ball and got himself a hat-trick as well, but he was still trying to create opportunities for other players."

"More or less, it might be a wee bit shorter than that," said Rodgers of Lallana's injury.

"It's a slight strain that he has, so no real timeline on it, but hopefully it won't be as long as that."