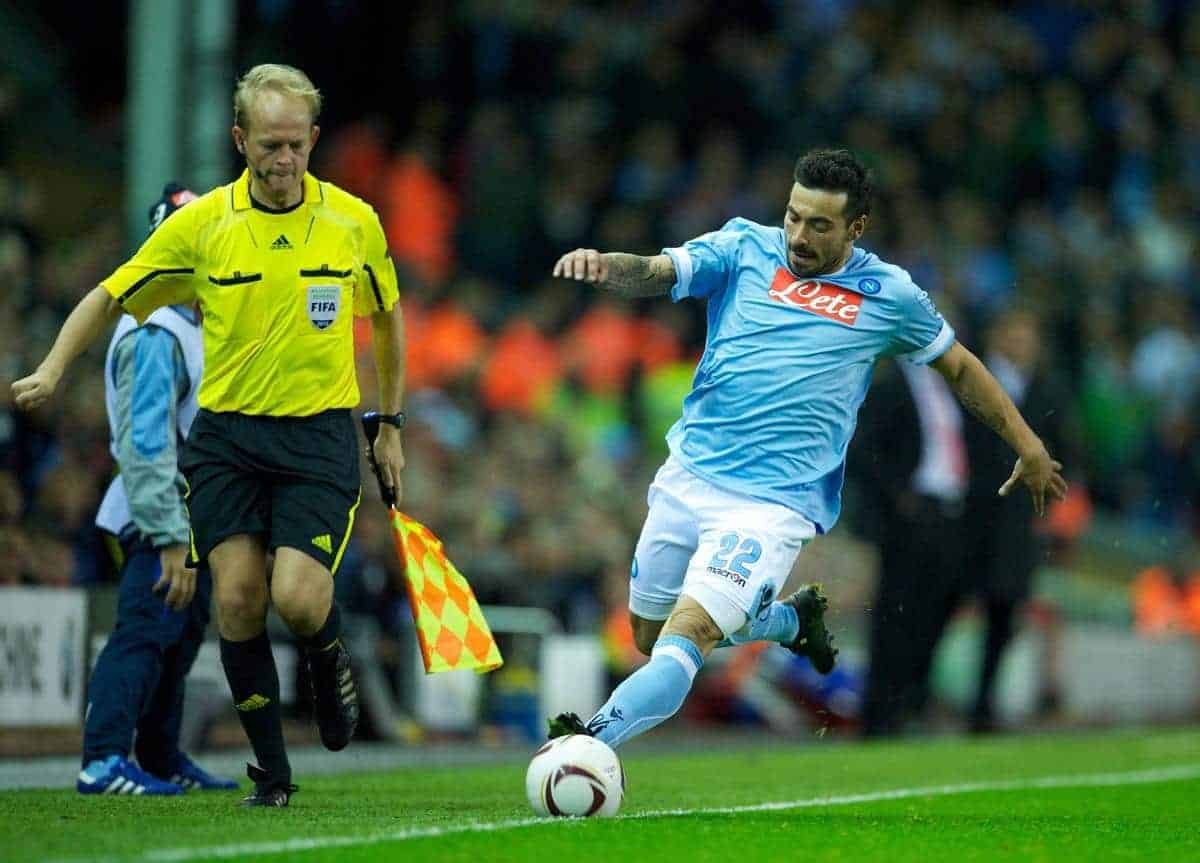 With Liverpool linked with Paris Saint-Germain misfit Ezequiel Lavezzi, Jack Lusby suggests this would be a risky move.

The headache-inducing January window is in full flow for the English media and Paris Saint-Germain forward Ezequiel Lavezzi is the latest player to be linked with a move to Liverpool.

The Lavezzi links though, it must be said, arrive from The Express – who have taken a cannon fodder approach to the rumour mill this month. That Lavezzi isn’t being reported elsewhere tells you a lot. Alas, let’s entertain the claims for the sake of this.

“The Reds are long-term admirers of the Argentine international, having lost out to PSG to sign him from Napoli in 2012.”

“Lavezzi could finally arrive at Anfield for a measly £8m with PSG looking to offload the 29-year-old in January.”

These may not yet be concrete links, but Lavezzi’s availability should pique significant interest from the Premier League.

At £8 million, and with a high-profile reputation in both Europe and on the international stage, Lavezzi represents a true bargain in what can be a difficult window for finding quality and value.

However, while Lavezzi is a world-renowned player with obvious quality, would the negatives outbalance the positives at Liverpool?

Much of Lavezzi’s reputation stems from a hugely successful period as part of a mouth-watering Napoli line-up between 2007 and 2012 where he shone alongside the likes of Marek Hamsik and current PSG teammate Edinson Cavani.

Under Walter Mazzarri, the trio became known as one of the most formidable attacking tridents in European football.

With Cavani the athletic centre-forward and Hamsik pulling the strings, Lavezzi enjoyed a free role—as shadow striker, as a wide forward, as trequartista, as traditional winger.

Lavezzi scored 38 goals and made 40 assists in 156 Serie A games for Napoli, over five seasons.

For this, Lavezzi was an immensely popular player in Naples, as Paolo Bandini noted for The Guardian in 2012:

“Lavezzi is adored in Naples—perhaps more even than Cavani; his imperfections and occasional misdemeanours making him that bit more identifiable to supporters than his quiet-living, evangelical Christian team-mate.”

There were even suggestions that Lavezzi should take up the No. 10 shirt at Napoli, such was his popularity, with the number previously retired to honour the majestic Diego Maradona.

However, while comparisons with Maradona off the field may be wide of the mark, Bandini’s allusion to “occasional misdemeanours” highlights the issues that have plagued his time at PSG.

Moving to Ligue 1 in a £24 million deal in the summer of 2012, Lavezzi dismissed claims that money was the biggest pull, declaring “I’m interested above all in progressing on the sports side of things.”

Unfortunately, things haven’t quite gone that way for the Argentine in the French capital.

In a star-studded PSG line-up, and in direct competition with the sensational Lucas Moura, Lavezzi is not given the grandstand role he had become accustomed to at Napoli.

Regularly utilised in a substitutes’ role, Lavezzi’s form has dipped in similar order; this season, Lavezzi has scored just two goals and made one assist in 13 Ligue 1 games.

Furthermore, his statistical output has dropped significantly from his time at Napoli:

(Note: Each statistic is averaged at a per-game basis, via WhoScored.com.)

Whether this is due to Lavezzi’s use in a relatively peripheral role by manager Laurent Blanc—the forward isn’t granted as much freedom as he was in Naples—but it seems very much that his talent is on the decline in its misuse at PSG.

These are, arguably, the types of players that Liverpool have historically targeted under Rodgers—the downtrodden, last-chance-saloon figure, seeking redemption.

Rodgers may be the man to coax the talents out of Lavezzi, and his system would arguably suit the Argentine in a similar way that Mazzarri’s Napoli side did.

However, Lavezzi’s recent off-field issues may be too much of a burden to challenge.

Earlier this month, Lavezzi and Cavani were both suspended by PSG for two games after returning to the squad late from a mid-season break, which Blanc described as “inadmissible and unacceptable.”

Bleacher Report’s Jonathan Johnson detailed how Lavezzi “was photographed by numerous publications on holiday in Uruguay’s Punta del Este…with the French club under the impression that he was taking care of family issues.”

Formidably, Blanc underlined that “once you meddle with the group and the team, I can become nasty and unforgiving,” perhaps suggesting why Lavezzi is reportedly available in January.

This is oddly reminiscent of the swift demise of Mario Balotelli under Rodgers at Liverpool and, as the striker’s former manager Roberto Mancini declared this week “anyone coaching him should be paid double—a Balotelli indemnity.”

Add to this the suggestions that Suso will be allowed to leave for AC Milan this month for a nominal fee, with Liverpool “unhappy that [he] went ahead with a medical without the club’s permission.

Reportedly, Suso’s “attitude has been questioned by the club in recent months…which is why Rodgers is open to the idea of releasing him early for an additional price.”

Do Liverpool need another maverick forward of questionable attitude and a history of off-field transgressions?

At this point in time Liverpool need dependable quality and consistency, and perhaps Lavezzi would be too much of a risk.

Brendan Rodgers and the Liverpool transfer committee would face a tough decision if they do pursue interest in Ezequiel Lavezzi in January—the Paris Saint-Germain forward could prove the catalyst to a dominant 2015, or another toxic dressing-room burden.

Should Liverpool target Ezequiel Lavezzi in January? Let us know in the comments below.