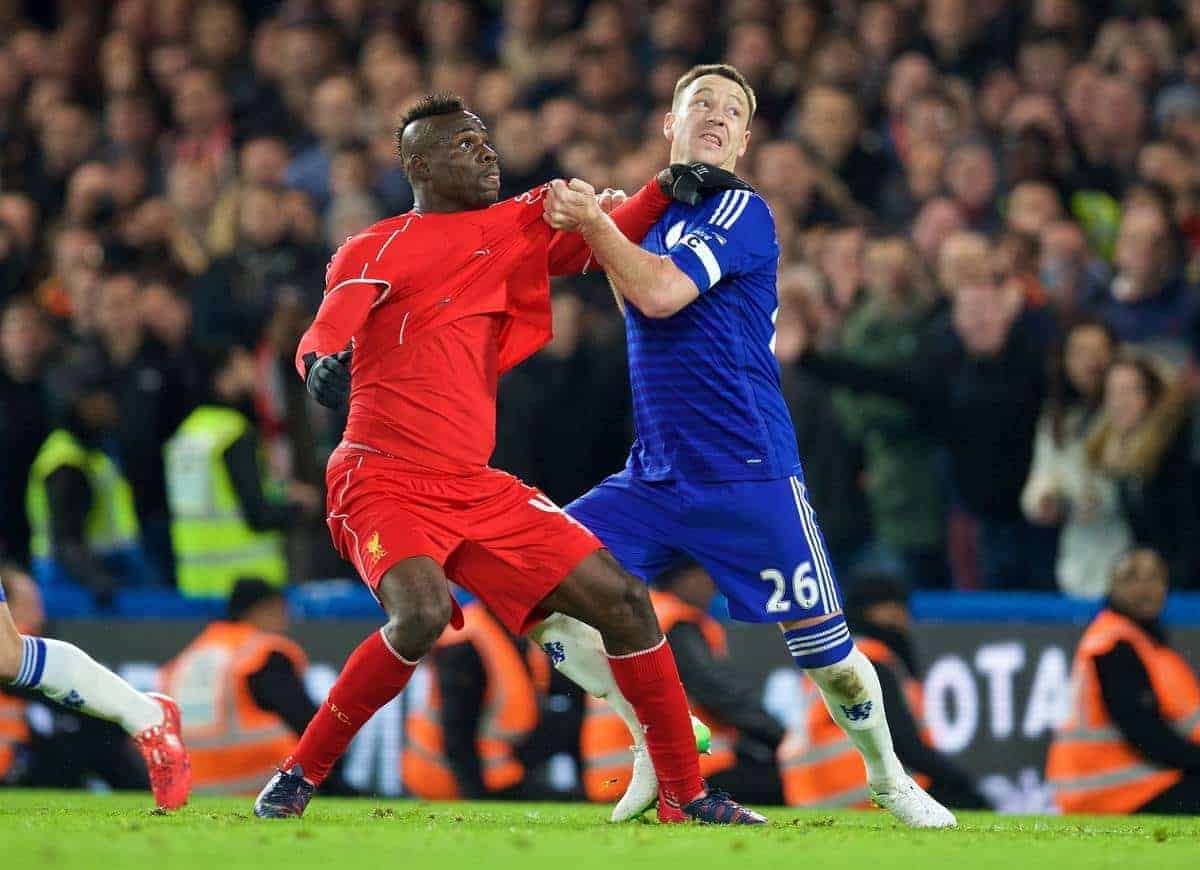 Mario Balotelli was recalled to the Liverpool squad, perhaps surprisingly, then brought on to replace Lazar Markovic on 70 minutes. His cameo appearance though failed to impress.

Many fans were bemused to see Balotelli replace Markovic instead of Adam Lallana, and with hindsight that seems even more of a bad move by Brendan Rodgers. Incredibly, Lallana has the same amount of goals as Balotelli and fellow substitute Rickie Lambert have combined – a measly four all season.

The Italian, who hasn’t started a game for Liverpool since early November, produced a slack pass which gave Chelsea the free-kick from which Branislav Ivanovic headed the only goal of the game. While Balotelli’s role in the marking on the set-piece was also called into question.

Aside from his involvement in the goal, his overall performance across 50 minutes far from impressed and the football writers have given their views:

Steven Kelly, editor of the former LFC fanzine Through The Wind and Rain, writes for ESPN in his player ratings, where he gave Balotelli 4 out of 10:

Brendan Rodgers’ belief in the Italian’s ability to weave some magic and find some kind of form must surely have vanished by now. One or two decent flicks and the odd show of strength on the ball aside, most of his time was spent ambling around ineffectually, and any moment of danger was doused by his innate selfishness.

Sorry Mario. Sure there are worse but the memory fades. Chelsea, Stamford Bridge, 2015, sub-appearance. Awful.

The Echo’s Kristian Walsh marked Balotelli 5 out of 10, saying:

A poor display by the substitute. His pressing was a little better but wasted a couple of opportunities and allowed Ivanovic to wriggle free for Chelsea‘s goal. Not the impact Liverpool needed.

Sam Wallace of The Independent was even more scathing, appraising:

Made three notable contributions to the match. He came on, ran down the left before he lost the ball ball shortly after coming on and blazed over from the edge of the Liverpool area. He continues to be dreadful and is generally at his best when defending throw ins. His sulking at the end of the game was fairly pathetic, too. 2

Andy Hunter of The Guardian ponders “What made Rodgers turn to Mario Balotelli at Chelsea?”, saying:

Ultimately, his contribution amounted to no more than weakening a previously impressive, dangerous Liverpool performance and unwittingly assisting in Chelsea’s winning goal.

A wild shot over Thibaut Courtois’s goal, admittedly after a slight bobble, and a selfish attempt to find the top corner from an improbable angle were also typical of a Liverpool career that started ineffectively and has gone steadily downhill.

Meanwhile, the This Is Anfield fan average player rating for Balotelli is 3.3 out of 10.

Aside from the part he played in the goal, there were two wild shots from distance that wasted good chances, several lacklustre passes which gave away possession, and another failure to make a near post run when Alberto Moreno crossed from the left. All things we’ve witnessed over his time at Anfield this season.

The odd flick here and there looked nice but Liverpool lost control after his introduction, especially in the final third, and it’s no coincidence why.

Nobody is blaming Balotelli for the defeat, but his performance was again well below par. Rodgers’ decision to include him over Fabio Borini, and to sub him on instead of Lallana, have to be questioned.