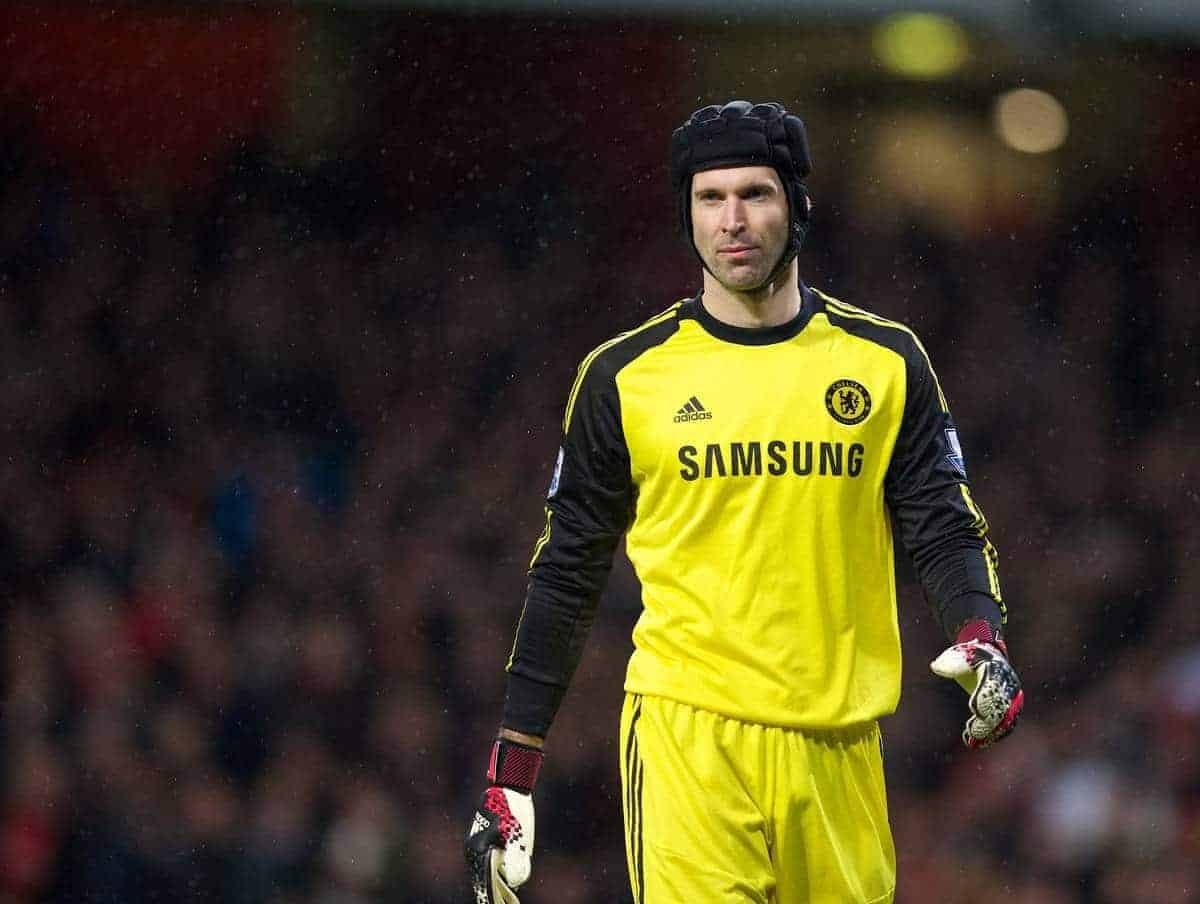 Liverpool’s Achilles heel continues to be in goal, and the club are being linked with a morale-boosting summer move for Chelsea legend Petr Cech.

The 32-year-old has seen his first-team chances hampered by the arrival of Thibaut Courtois this season, and the Telegraph‘s Chris Bascombe reports that Brendan Rodgers is interested in bringing Cech to Anfield in the summer.

Bascombe explains that Liverpool fear that Cech will want to remain in London and therefore Arsenal are favourites to sign him.

Meanwhile, Rodgers has been supportive of current stopper Simon Mignolet, but he made it clear about the flaws in the Belgian’s game.

“Simon was at the time we were watching him, and still is, a wonderful shot-stopper.

“He makes big saves but the adaptation for him is coming into a big team where you are not having to make as many saves and therefore concentration is important and you probably have more touches of the ball with your feet than what he might have expected.

“He has come in here under massive expectation to replace a player who was outstanding for Liverpool for seven or eight years. He is trying to develop areas of his game.

“He knows he needs to improve with his feet and he is working hard on that on a daily basis. He is analysing the games and working with the coach and doing everything he can to be the best he can be.”

It is clear that, despite certain attributes Mignolet has at his disposal, he is not the long-term solution in goal at Anfield.

In truth, a new ‘keeper could do with being brought in this month, such has been the form of the 26-year-old and the hapless Brad Jones, but if they could get Cech in the summer it would be the next best thing.

The 112-time capped Czech Republic international has been one of the world’s best goalkeepers for a decade, and he would potentially remain at his best for another four or five years.

He would also bring a winners mentality with him to the club; something that is lacking hugely in Rodgers’ squad barring Steven Gerrard, whose exit is imminent.