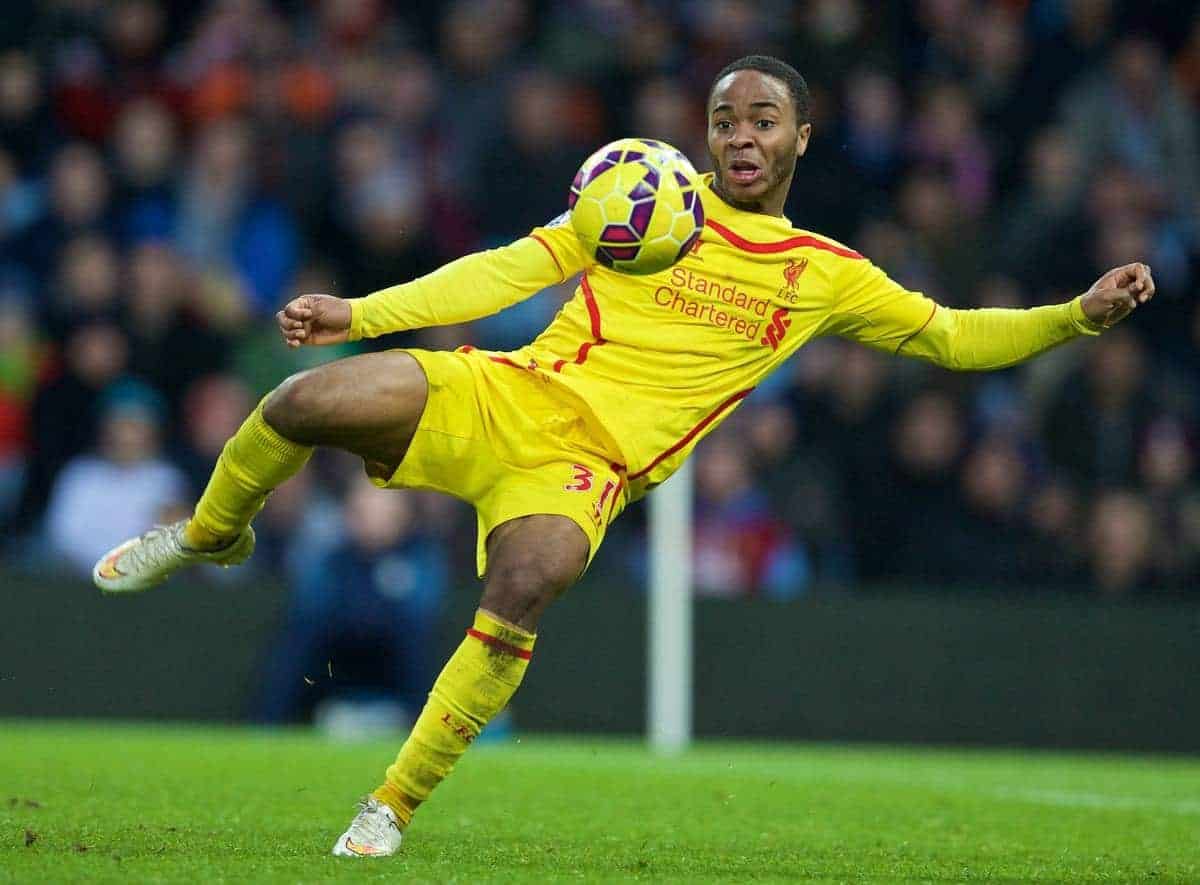 Liverpool forward Raheem Sterling admits he has had to rein in some of his youthful exuberance in order to become a serious striker.

The 20-year-old has scored four goals in eight matches since he was given the responsibility of leading the line against Manchester United in mid-December.

His equaliser against Chelsea in the 1-1 Capital One Cup semi-final first leg was his seventh of the campaign and he is closing in on the career-best tally of 10 he registered in Liverpool's remarkable goalscoring spree last season.

He is Liverpool's second-highest scorer behind Steven Gerrard, who takes free-kicks and penalties and has nine.

Sterling was criticised in his first match in a central role when he missed a simple one-on-one chance with United goalkeeper David de Gea and could easily have scored a hat-trick, but he has worked hard since then.

"It is a role I am learning and adapting to, but that is something if you want to be a good player you have to adapt to different positions, and that is something I am keen on doing," said the England international.

"When I get in front of goal sometimes I get a bit excited thinking I've done it all, but now I am keeping focused and trying to get my game to the next level and chip in with more goals and assists.

"I have personal targets but I don't want to share them in case I don't reach them, but I always set myself goals and standards I want to meet and that is no different this season.

"I don't know about a target man role but I like to get on the ball as much as possible. As long as it is not too high in the air I will try to fight for the ball.

"It is good to play with players like Adam Lallana and Philippe Coutinho, who gets on the ball and tries to create stuff.

"It is always a joy to be running in and being on the receiving end and trying to finish their great play."

That is exactly what Sterling did with his goal against Chelsea, collecting a pass from Jordan Henderson 40 yards out and out-pacing defensive midfielder Nemanja Matic and centre-back Gary Cahill to shoot past the otherwise outstanding Thibaut Courtois.

"I just remember Jordan passing to me, turning and getting to the edge of the box and thinking 'Shoot' and it was lucky enough to go in the bottom corner," added the youngster.

The second-half performance against Chelsea was arguably Liverpool's best of the season and it gives them increased confidence after going nine matches unbeaten since losing at Old Trafford.

SkyBet Championship side Bolton are next up in the FA Cup on Saturday before the squad head to Stamford Bridge for their return leg on Tuesday.

"I thought the team did well. We did not deserve to go 1-0 down and we were disappointed to go in at half-time losing but we just had to keep our focus, come out in the second half and play our football," said Sterling.

"I thought we played really well, really composed, and the other young lads like Emre (Can) and Lazar (Markovic) were comfortable on the ball and hopefully we can take this into the next game, which is Saturday.

"If we can win that one, we go into Tuesday's one knowing we can get the win we need." PA