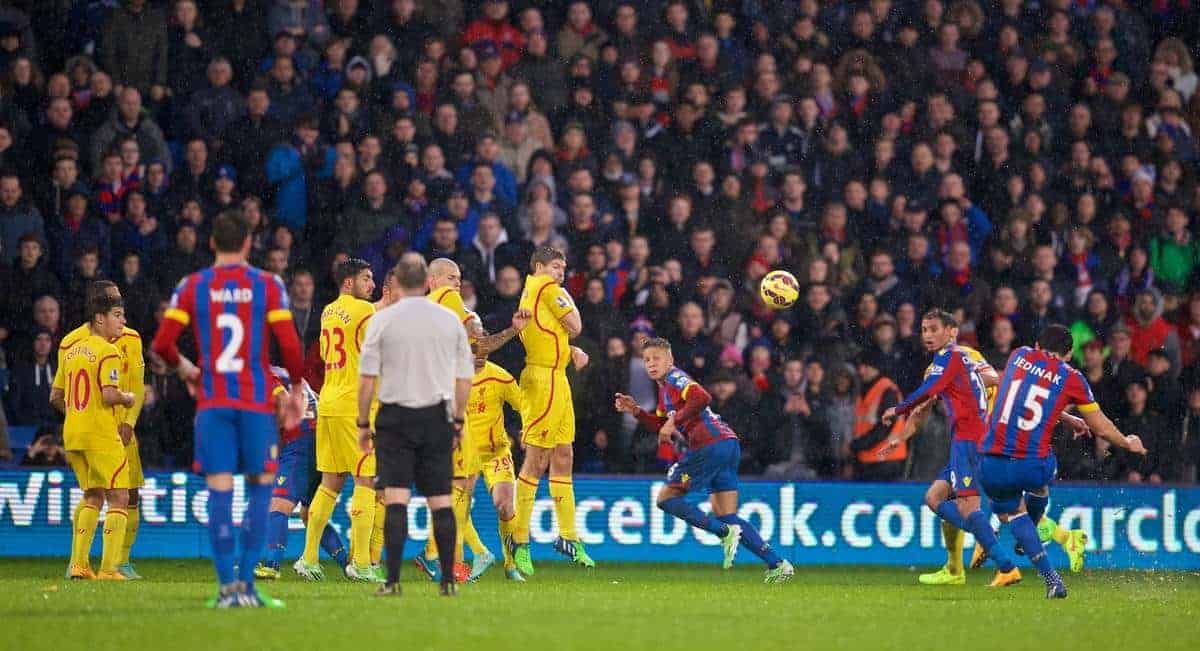 In-form Liverpool put their pursuit of a top four challenge on hold this weekend, as the Reds turn their attentions back to their quest for FA Cup glory against a revitalised Crystal Palace in what promises to be another tricky tie.

The re-born Reds head south with clear minds – though not all memories erased from the last two horror visits to SE25 – following a huge improvement in performances and results which has seen Liverpool lose just twice in 21 matches since that appalling 3-1 league defeat in November – a score-line which proved to be the catalyst for the squad to regroup and move forward again.

Liverpool made hard work of overcoming Championship side Bolton in the last round and with fixtures of far more importance looming, Rodgers’ side will need to ensure the tie is settled on Saturday to avoid another unnecessary fixture being added to the already hectic schedule that sees the opening of the more important Europa League campaign next week.

While FA Cup glory would be a nice achievement, history shows its dwindling importance in the current football climate and with the need for Champions League football far greater and the cup competition bottom of Liverpool’s list of priorities, it is essential Rodgers makes sensible changes in preparation for hugely important fixtures against Besiktas and Southampton next week.

Steven Gerrard has been ruled out of Saturday’s match having undergone a scan on a hamstring issue sustained after playing three matches in a week, and the 34-year-old now joins Lucas Leiva on the treatment table – highlighting the importance of rotation.

Raheem Sterling is an injury doubt, while Philippe Coutinho has also been suffering from a knock. Rodgers therefore may look to rest at least one of those and start Adam Lallana in one of the two attacking midfield spots.

After a hugely successful African Nations Cup trip, Kolo Toure is yet to return to Anfield and therefore the Ivorian will not feature at the weekend – meaning Glen Johnson or Dejan Lovren will come into the back through should Emre Can move forward into a midfield role.

Alternatively, Rodgers could bring Joe Allen in alongside Henderson.

Pascoe: "If Emre Can has to go to midfield that's a possibility."

Jordon Ibe is cup-tied meaning the 18-year-old will be denied a third successive start and a space will open at wing-back or in the attack for Javi Manquillo, Adam Lallana or even midweek match-winner Mario Balotelli to enter the starting XI, but Daniel Sturridge could play from the beginning for the second match running as he attempts to rediscover the match sharpness that currently evades him.

As we’ve seen throughout this competition this season, Rodgers will play a strong side – something Colin Pascoe confirmed at his pre-match press conference on Thursday.

Therefore, despite having big games against Besiktas and Southampton within a week of this fixture, we’re unlikely to see too many changes.

Pascoe: "We want to win the FA Cup and will go with a strong side."

Rodgers may opt to rest one or two key players, meaning the likes of Fabio Borini could get an expected recall.

Surely Rodgers wouldn’t play Johnson in this game after he’s been torn apart on the Reds’ last two visits to Selhurst Park by Yannick Bolasie. So Lovren, if Can does move into midfield, would the one you’d expect to come into the side.

A strong XI, moving Can into midfield and resting Coutinho would look like: Or keeping the back three unchanged and Sterling still being out injured, we could see: Regardless of its significance, FA Cup victory is in Liverpool’s sights and with some of the Premier League big boys having already been eliminated, Saturday’s game presents the Reds with a big chance to take another step closer towards reaching Wembley.