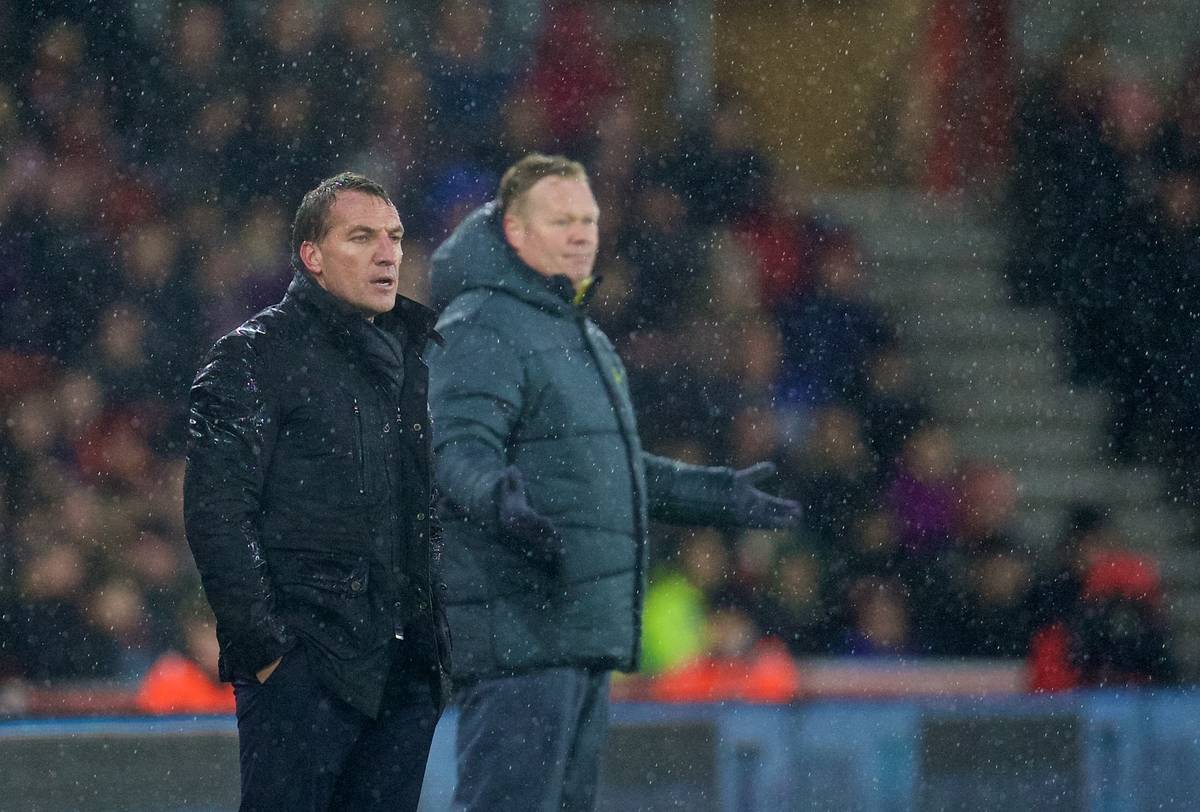 An exceptional, early Philippe Coutinho strike and Raheem Sterling's second-half effort helped the Reds collect a seventh win in 10 league matches, moving them within two points of the top four.

The 2-0 victory was not without its controversy, though, as Southampton were frustrated by a series of controversial decisions by referee Kevin Friend and his assistant officials.

Dejan Lovren got away with handball towards the end of a first half which began with Filip Djuricic twice being taken down in the penalty box. Friend did not deem the challenges of Emre Can and Joe Allen to be fouls.

"I thought the referee was excellent, but obviously with the pressure he was under from the crowd, especially with them being 1-0 behind, makes it big decisions for him, but I thought in the main he got them right.

"It was an outstanding win for us, very controlled.

"Of course you have to defend at times, particularly away from home against a very good side, but it's a wonderful win for us.

"As the game wore on we might have got in more had we picked our passes better, but (we got) two wonderful goals, different types of goals, and (we were) defensively very strong."

Rodgers was quick to praise Lovren after the former Southampton defender helped Liverpool to a clean sheet on what was a rare start.

The Croatia international was jeered throughout the match after making an unsavoury summer exit, as was former Southampton captain Lallana on his first return to the south coast.

Rodgers was upset by the way Lallana was treated at St Mary's, where the Liverpool manager believed there was a lack of gratitude towards another returning player, Lambert.

"Adam was the captain here for two years, gave incredible service to Southampton and I know for a fact he could have left here a number of times and didn't," the Reds boss said.

"And to get the reception he got I thought was disappointing.

"I looked in the match programme and there was nothing relevant to his time here and all the time has been here since a boy.

"Then there's the like of Rickie Lambert – great servants to here, incredible players that have got the club to where it is today. There was no mention of him, which I thought was sad.

"I can see Lovren because he was only here a year, but those two guys gave their heart and soul to Southampton and are big supporters of this club.

"They've moved to one of the biggest clubs in the world, so it is hard to deny a player that. I thought they could been given a wee bit more today."

Rodgers may not have read every page in the programme, however. Club captain Kelvin Davis described Lallana and Lambert as "fantastic servants" in his notes.