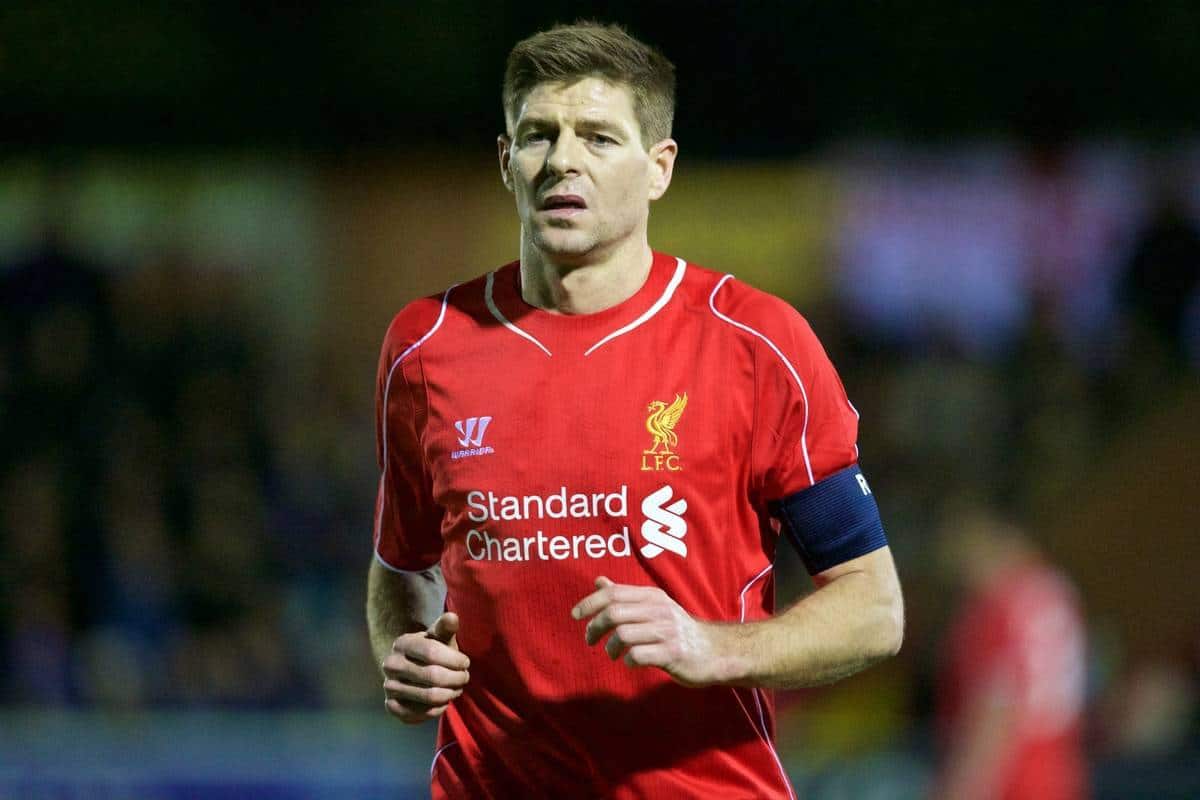 Liverpool captain Steven Gerrard is on the verge of a landmark 700th appearance for the club but manager Brendan Rodgers expects him to treat it as any other match.

The 34-year-old has been declared fit after being left out of Saturday’s 2-0 win over West Ham after reporting a tight hamstring in the 120-minute Capital One Cup defeat to Chelsea last Tuesday.

It means Gerrard could become only the third player in the club’s history to reach 700 – after Ian Callaghan (857) and Jamie Carragher (737) – in the fourth-round replay against Bolton at the Macron Stadium on Wednesday.

“It is an incredible achievement. I am not so sure it will happen again at this club,” said Rodgers. “He is a remarkable player. He lives his life for football.

Rodgers said earlier this season Gerrard would be managed to ensure they got the best out of him fitness-wise and that, ironically, is one of the reasons why he has decided to move to Los Angeles Galaxy in the summer.

The Reds boss has not changed his approach and believes the decision to leave him out entirely against the Hammers proved to be the right one.

“That allowed him to miss the game, have a bridging session yesterday (Sunday) and he came in today and was outstanding with no ill effects and that prepares him for the game on Wednesday – if selected. He is fine. He trained great.”