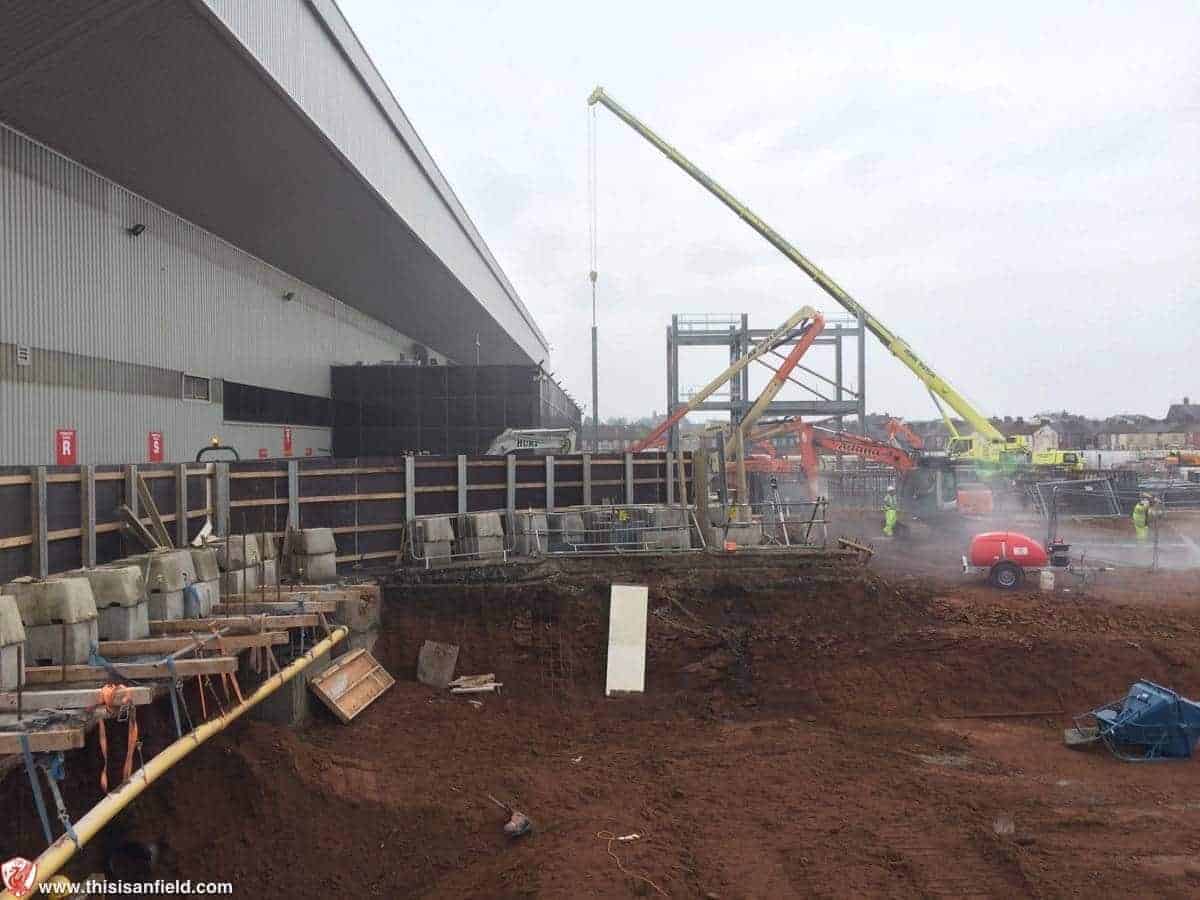 Liverpool’s Anfield expansion has taken a significant step forward with the first part of the steel framework of the new Main Stand being erected this week.

The initial framework will quickly take shape, with the outline of the new stand scheduled to be almost complete by the time the Reds play their final home game of the season against Crystal Palace on May 16th.

The framework will be complete in June, with work then starting on the construction of the new supporting roof which will be lifted into place by cranes in July.

By the time the 2015/16 season begins, the new Main Stand will dwarf the existing stand in front of it. Work will then continue throughout the season, with the new roof being completed above the existing stand.

Liverpool are expected to kick off their 2015/16 campaign away from home to allow more time over the summer for construction. They already requested an away game for the final day of the current season for this reason and is also why the Steven Gerrard All Stars charity match is taking place this month rather than after the season is complete.