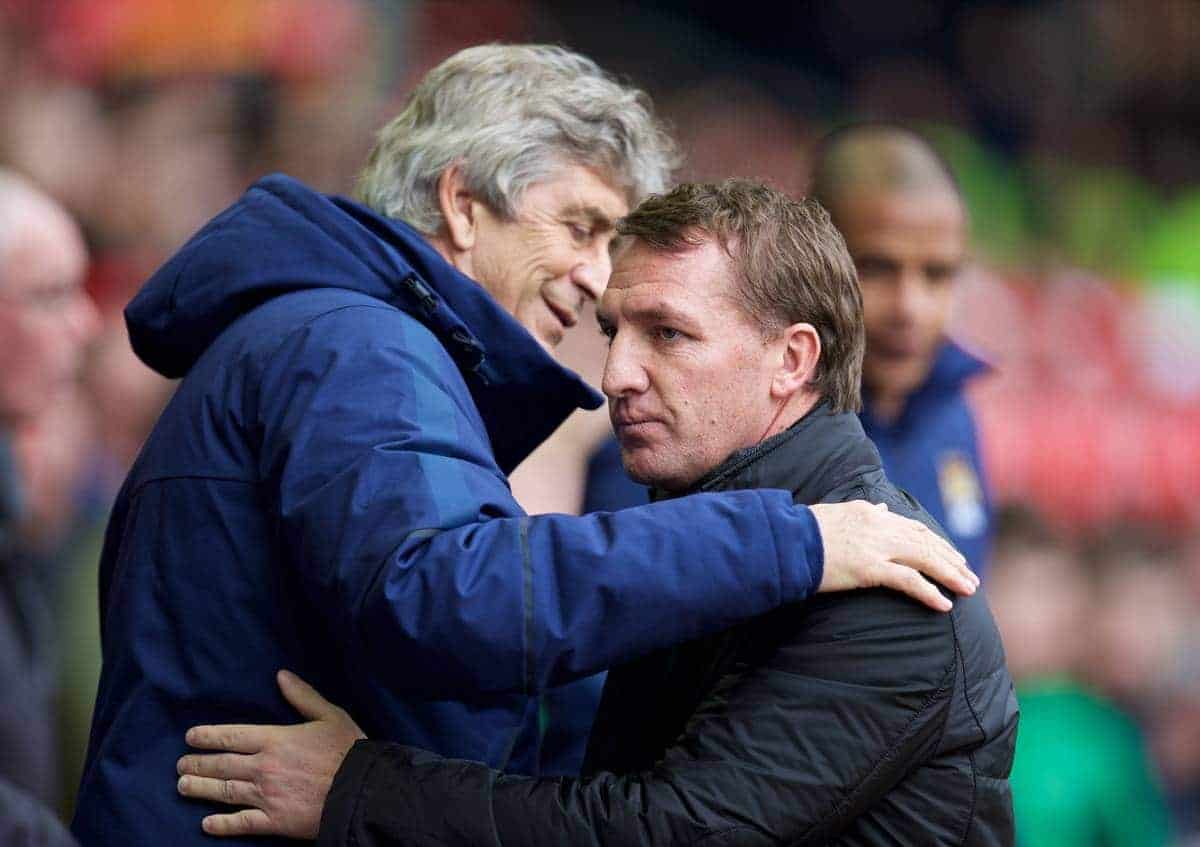 Manchester City manager Manuel Pellegrini will not give up on retaining the Barclays Premier League title, despite defeat at Liverpool handing further advantage to Chelsea.

The 2-1 loss at Anfield, where two brilliant individual goals from Jordan Henderson and Philippe Coutinho either side of Edin Dzeko’s equaliser won the game, leaves City five points off the top, having played a match more than the Blues.

Pellegrini admits City have to improve performances if they are to get their title defence back on track.

“I think we never give up about the title. We must try to improve our play first and after that try to win our next game,” he said.

“You never know in football what will happen. It is more difficult when you have less games and you continue with the same points, but I don’t think the team can think about that.

“The team must think about how we can win the next game. We are worried about our team, not the other teams that are behind us.

“We will see in the reaction in the next game. The only way to see is the way we play again on Wednesday (at home to Leicester).

“I hope that the team will recover and we can win on Wednesday. Every point we drop is more difficult.”

One of those teams behind them are Liverpool, who are now just seven points adrift of City and, while second place may be beyond them, the victory moved them up to fifth and just two points off the Champions League places.

“It is a big win. We still have a lot of games to go yet, but it is a significant win for us because it keeps us on the chase,” said Reds boss Brendan Rodgers. “It was brilliant result and an equally brilliant performance.

“We thoroughly deserved the victory. The players were relentless in their work and intensity and we had great quality in our football.”

Liverpool appeared to be at a considerable disadvantage after only arriving back in England 55 hours before kick-off following their Europa League exit to Besiktas.

However, that was never an issue as City were hassled out of the match by a high-tempo pressing game.

“I have nothing but admiration. Their focus was good. As the game went on we created more chances and restricted Manchester City to one shot on target – to do that the whole team has to be working collectively well,” added Rodgers.

“To prepare yourself for a game against the champions is no mean feat.

“To play and perform like they did today you have to take your hat off to them because the performance was at a real top level.”

Liverpool’s goals were also out of the top drawer, particularly Coutinho’s, who scored with a spectacular effort for the second time in a week.

“To beat Joe Hart, a top-class goalkeeper, at that angle and power was a phenomenal strike – as was Jordan’s,” said Rodgers. “He (Coutinho) is a player that has always assisted and made the final pass in his career.

“When you are that type of player, a very selfless player and a very humble young guy, you would rather create for others.

“We are encouraging him (to shoot) and he has done more work on the training field.

“He has a wonderful body movement around the box, he doesn’t need many touches to shift it and shoot.

“His technique is at a high level so he is going to score more goals.

“He is now arriving into the areas and then he is able to pull the trigger and get his shots off and is now starting to get success and that encourages him to shoot more.

“We brought him in for £8.5 million and it is frightening to know what he could be worth in the market, but there are still improvements to make.”