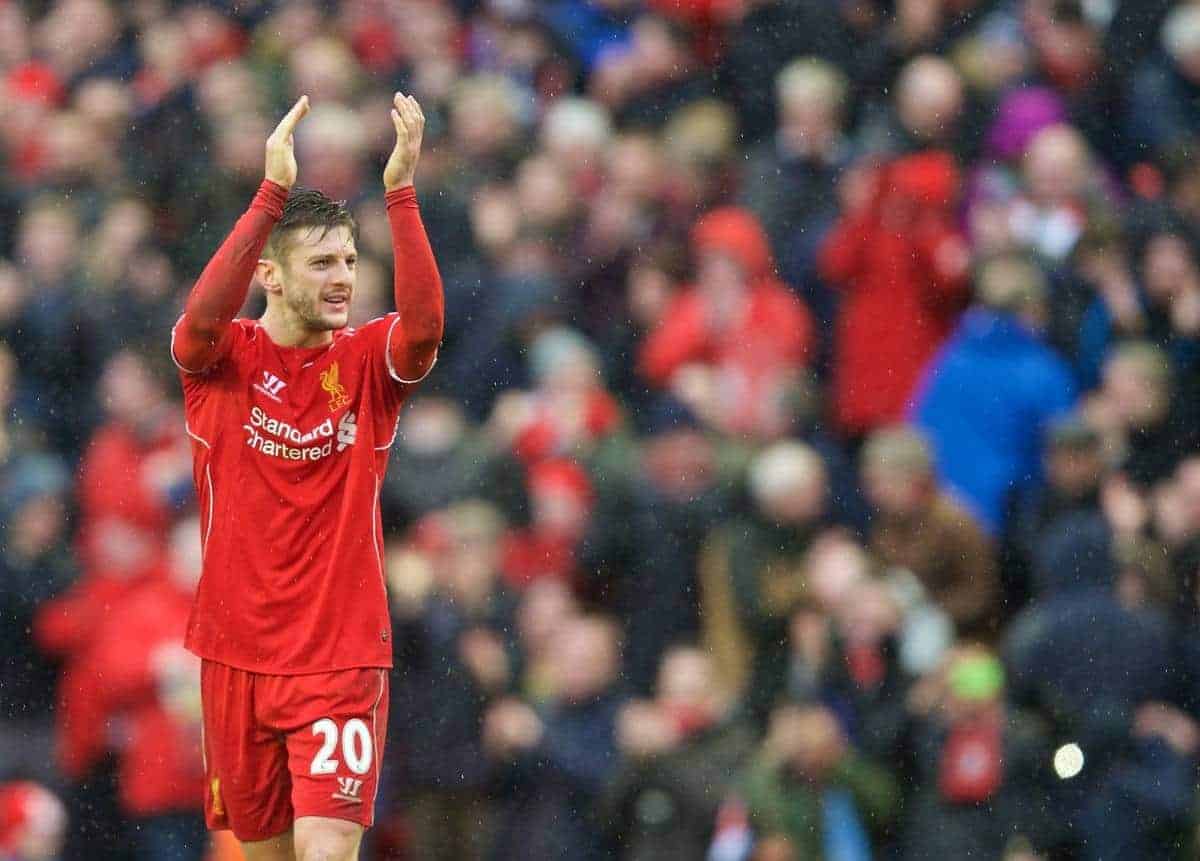 In the absence of Steven Gerrard, who returned to training this week after a hamstring injury which has sidelined him for six matches, the Reds vice-captain has taken the armband and led from the front.

His goal against Burnley on Wednesday night was his second in as many games – taking his tally for the season to five – and he also provided his 11th assist of the season for Daniel Sturridge to also score against the Clarets.

Liverpool have not lost any of the 13 matches in which Henderson has worn the armband from the start and Lallana, who knows something about leadership from his time at Southampton, believes his England colleague has grown with the added responsibility.

“He is unbelievable. He has matured as a player over the last two seasons and he has kicked on another level even with the armband,” said the £23million summer signing.

“I was lucky enough to be captain at Southampton and it does give you that little bit extra and it seems it is doing the same to him.

“It is great to be playing with such good players and the results are on the up.

“We have a great rhythm and a good bit of consistency and are keeping clean sheets as well; we’ve turned a corner since Christmas and we are really looking good.

“It was a difficult start (to the season) but all the signings have bedded in now and we have players back fit and we have found a system, we are playing really well and are causing teams problems.

“Confidence is a big thing in any team and we have that in abundance and I think it is showing.”

Lallana’s form has also taken an upturn in line with the team’s and there is no doubt he is benefiting from the 3-4-2-1 system which allows him the freedom, alongside Philippe Coutinho, to exploit the space behind the central striker.

“I’ve had a few injuries and been in and out of the team for whatever reason but I am thoroughly enjoying it at the minute,” Lallana added.

“I am staying fit and contributing in the system the manager has got us playing.”

With Liverpool now at full pelt in the race for the top four, just three points behind third-placed Arsenal, they must now divert their attention to the FA Cup.

Sky Bet Championship side Blackburn visit Anfield on Sunday with a place in the last four at stake.

“It is a great competition in which we have a great chance of getting to Wembley in the semi-final,” said Lallana. “We won’t underestimate Blackburn, we will dust ourselves down, recover well and go again Sunday.”