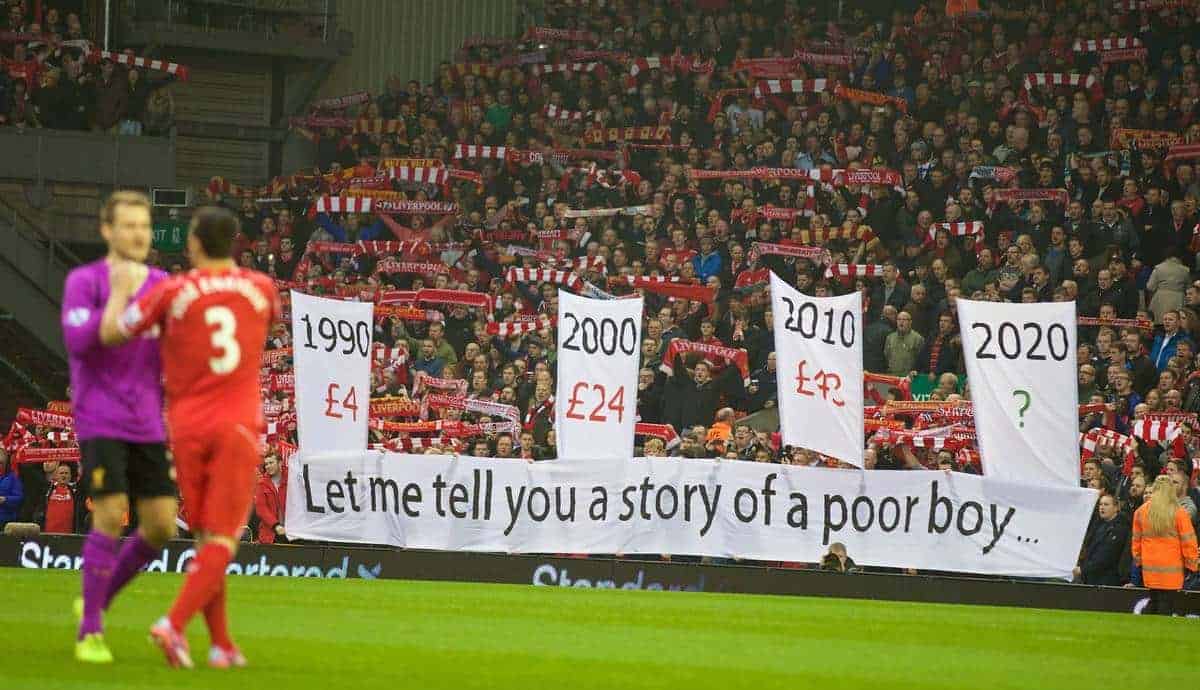 The Football Supporters’ Federation (FSF) will lead a demonstration of fans in central London tomorrow (Thursday 26th March 2015) as they lobby the Premier League shareholders meeting for a greater share of TV wealth. The FSF will deliver an open letter to all Premier League clubs arguing for cheaper tickets for home and away fans and a fairer distribution of football’s wealth throughout the Football League, non-league, and grassroots.

A letter organised by the FSF and co-signed by fans’ groups from each of the 20 Premier League outfits will also be handed over to club representatives demanding better deals for away fans.

The Premier League has recently signed a new media deal worth £5.14bn for the domestic rights alone, an increase of £2.14bn. The increase alone equates to more than £40 for every single fan, at every single game, over the course of the three year deal.

“Football has never had more money yet fans can still face absurd prices while further down the pyramid clubs struggle to survive and grassroots football is under resourced.

“During the past 20 years football has been flooded with money, delivering huge reward for owners, agents, and players. This time we want to see fans benefit too.

“This colossal TV deal gives clubs a tremendous opportunity to give something back – they can easily afford to drop ticket prices and make football affordable for all.

“Fans of all clubs should back the ‘Share TV Wealth’ campaign for the good of the game.”

As well as the call for cheaper tickets for home fans, the FSF would also like to see clubs acknowledge the trials and tribulations of travelling supporters.

In a letter co-signed by fan groups from every Premier League club, supporters ask for an increase in the Away Fans Initiative, more engagement on how that money is spent, all away fans to automatically qualify for Category C pricing, and an end to reduced away allocations and “inferior accommodation”.

Fans will gather outside the main entrance of Le Méridien (21 Piccadilly, London, W1J 0BH) on Thursday 26th March (midday). At the end of the demonstration at around 1pm, a delegation of fans will hand over an open letter to each of the shareholder clubs via a Premier League official.