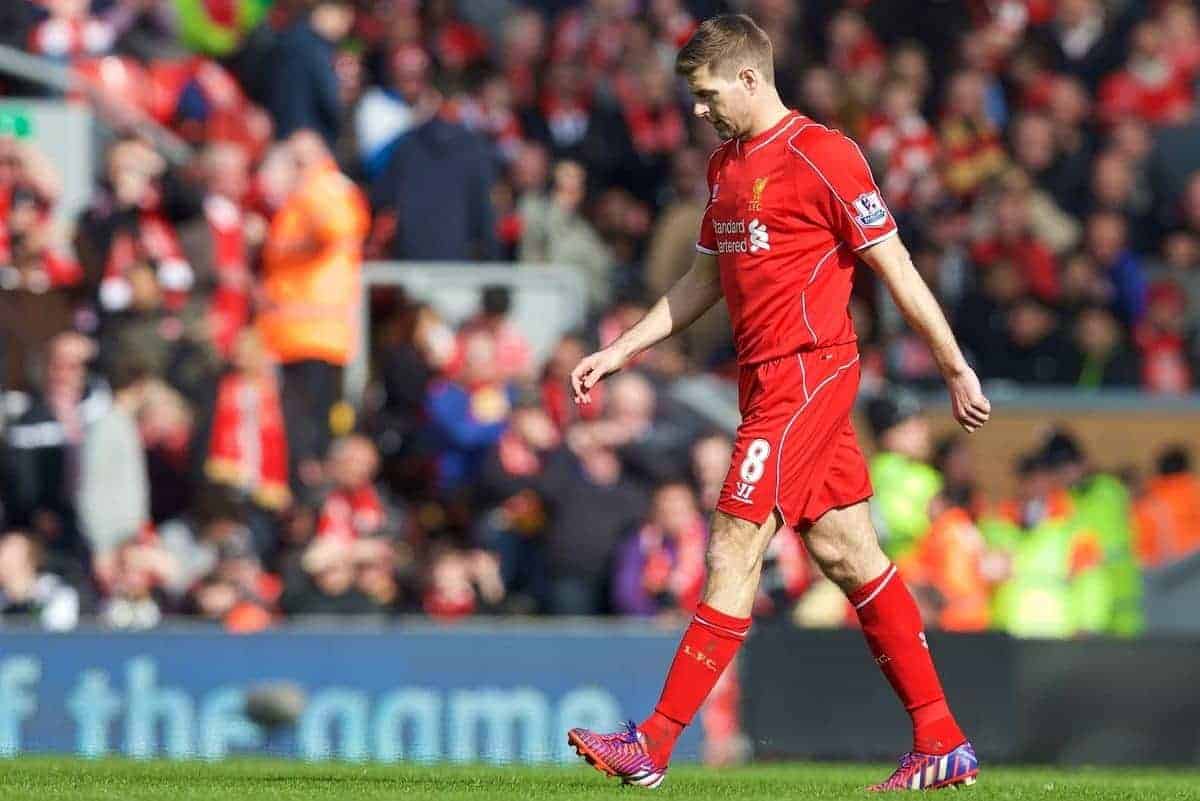 Steven Gerrard has apologised for his dramatic red card at Anfield, saying he had let his “team-mates, manager and supporters down”.

The Liverpool captain lasted 43 seconds of his side’s clash with bitter rivals Manchester United – his last against the Red Devils before he heads to Major League Soccer – as he saw red for a stamp on Ander Herrera.

It meant an immediate return to the dressing rooms for the half-time substitute and he had no excuses afterwards.

Speaking to Sky Sports 1 in the immediate aftermath of a game his side lost 2-1, Gerrard said: “I need to accept it, the decision was right, I have let my team-mates and manager down today, even more importantly I let all the supporters down and I take full responsibility for my action.

“I tried to jump his tackle, I saw his studs and I reacted wrong. I’ve been in the game long enough to know when you do something like that, especially at the timing of the game, at half-time with 45 to play, a great opportunity to get back in the game, I take full responsibility for it.”

Asked what caused his anger to boil over, Gerrard added: “I don’t know. Probably, just the reaction to the initial tackle, I don’t think I should say too much more on it, I came to speak to apologise to everyone in the dressing room, all the supporters, all the players because I take full responsibility for today’s result.”