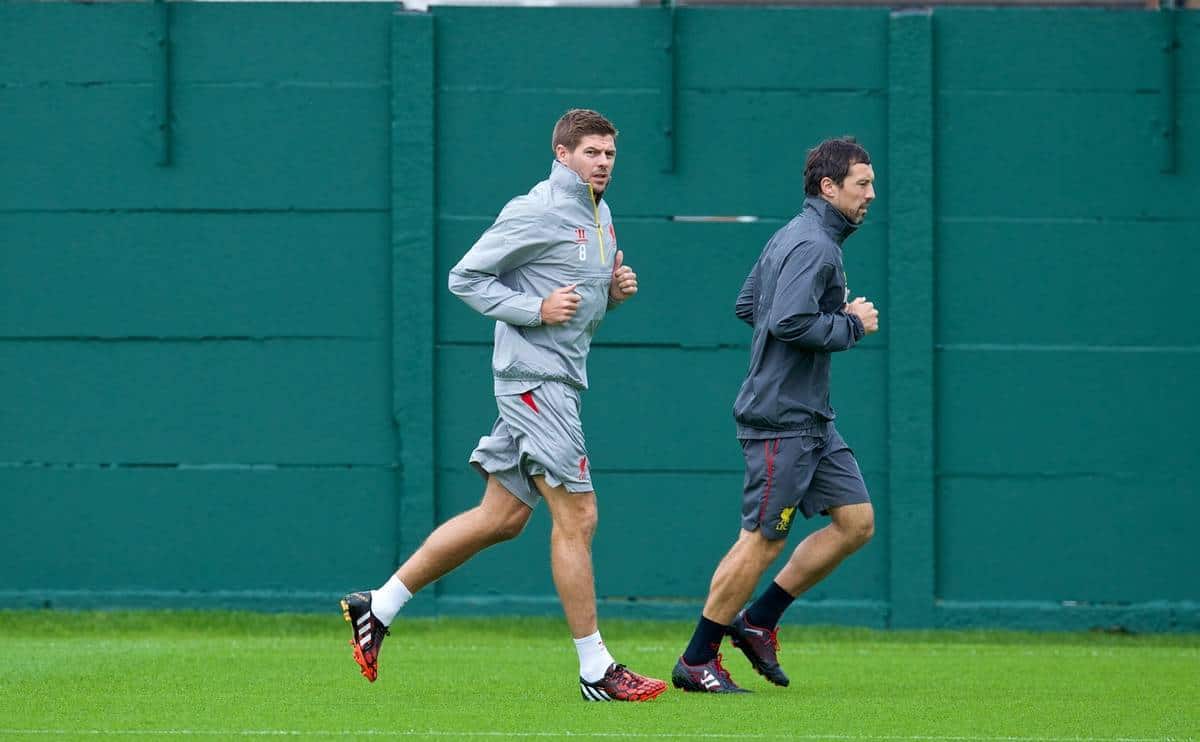 Liverpool captain Steven Gerrard is back in training after a hamstring injury but is unlikely to return for Wednesday’s Barclays Premier League visit of Burnley. Winger Jordon Ibe is expected to be sidelined until the end of the month with the knee injury suffered in the Europa League loss at Besiktas last week.

Central defender Mamadou Sakho is close to a return after a hip injury and full-back Glen Johnson should be back in contention after illness.

Liverpool v Burnley is an 8pm GMT kick off on Wednesday. Let us know who you think should start for the Reds against the Clarets on INPLAY – the fantastic football social messaging app. Download the app for iPhone or Android for free and get chatting to Reds and other football fans around the world!