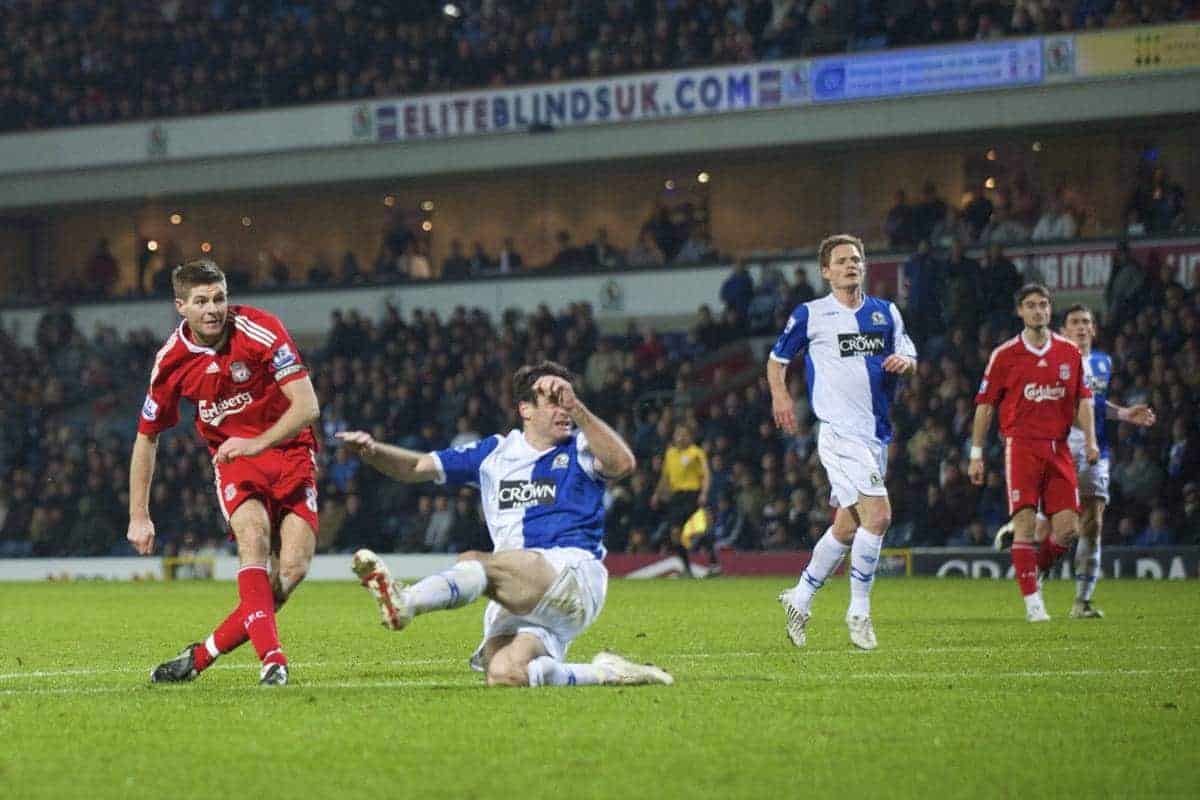 Ahead of Liverpool’s FA Cup clash at home to Blackburn Rovers on Sunday, Jack Lusby assesses the strengths and weaknesses of Gary Bowyer’s side. Liverpool welcome Blackburn Rovers to Anfield on Sunday afternoon for a hugely important FA Cup quarter-final tie, which now represents their only chance at silverware this season.

Following their exits from the League Cup and the Europa League, Brendan Rodgers will be steeling his side for victory against their Championship opposition.

Blackburn have won just one of their last five Championship games, away to Sheffield Wednesday last weekend, with three draws and one loss making up a hit-and-miss run of recent form.

In the FA Cup, Rovers have so far vanquished Stoke City, Swansea City and Charlton Athletic to earn their trip to Anfield.

Once a familiar Premier League adversary, what do we know about Blackburn as a hopeful Championship outfit?

After moving through the coaching ranks at Blackburn from U18s coach to the reserve team manager to caretaker manager to full-time head coach, Gary Bowyer has steadied what has been a somewhat troubled ship at Blackburn since his managerial appointment in 2013.

In the words of Rodgers, Bowyer “as a young manager, [has] done fantastically,” before continuing: “He’s got some very good players, so we respect the game at the weekend will be tough again.”

Heading this group of players, a club-record signing for Blackburn in 2012, Jordon Rhodes joined Andy Cole as a rare £8 million Rovers outlay when he moved to Ewood from Huddersfield Town.

Arriving with an enviable goalscoring record from his time with the Terriers, Rhodes has continued that with Blackburn, and has scored 13 goals in 34 Championship games this season.

Former Liverpool man Jay Spearing, on loan from the Reds’ previous FA Cup opponents Bolton Wanderers, has made himself an important figure in his short time at Ewood Park in lieu of injury to Jason Lowe.

The 26-year-old operates as Rovers’ main defensive midfielder, with his tenacious presence ensuring Blackburn have conceded just eight goals in the eight games he has played so far.

Spearing though is of course cup-tied having already featured in the competition with Bolton against the Reds. He’ll be missed for Rovers.

Finally, chief playmaker Tom Cairney will be vital if Blackburn stand any chance of damaging Liverpool on Sunday.

Since joining from Hull City in 2013 (initially on loan; made permanent in 2014), Cairney has made himself an invaluable member of Bowyer’s midfield, making 29 appearances so far this season.

His average of 2.7 key passes per league game is higher than any Liverpool player in the Premier League—Raheem Sterling is the closest, with 2.2.

Perhaps most enduringly known for the agricultural style of Premier League-era Rovers manager Sam Allardyce, Blackburn seem to be continuing this trend under Bowyer, who regularly adopts a classic 4-4-2 formation.

How Blackburn Rovers lined out in their last game (2-1 win away to Sheffield Wednesday) – your classic 4-4-2. #LFC pic.twitter.com/BxmyFsPf3H

With Rhodes, Gestede and rotational option Chris Brown all physically adept forwards, Blackburn can rely on their talents not only in goalscoring, but also holding the ball up for Rovers’ wide-men to support.

Craig Conway’s finishing blow against Swansea City is the perfect example of this.

It will be a different challenge for Liverpool on Sunday, but how does Rodgers counter this?

One of the major, injury-imposed issues with Bowyer’s side at present comes in defence, with Lowe, former Everton U21s centre-back Shane Duffy, Grant Hanley and Alex Baptiste, one of Blackpool’s ill-fated Premier League alumni, all likely to miss the tie.

This has seen Bowyer draft in West Ham United youngster Doneil Henry, who slotted in immediately alongside Matt Kilgallon in the win over Sheffield Wednesday.

Though the pair impressed on their maiden outing as a central-defensive partnership, their tentative understanding and Henry’s inexperience can be a major target for Liverpool at Anfield.

The fluid movement of the likes of Philippe Coutinho and Adam Lallana in central attacking roles, and the off-the-shoulder ingenuity of Daniel Sturridge could cause the pair problems.

Furthermore, Blackburn are remarkably susceptible to counter-attacking moves, which plays straight into the hands of Liverpool’s overloading system.

This will require soaking up pressure from Bowyer’s side at times, and the up-front pairing of Rhodes and Gestede (or Brown) represents the most dangerous outlet in this respect.

In the 3-4-2-1, Liverpool have rarely been tasked with a two-striker system, with the majority of Premier League sides favouring a more malleable lone frontman approach—this is a major factor in the improvement in form of Martin Skrtel, who has enjoyed physical success in these situations.

This means that Liverpool’s back three, as well as the likely midfield partnership Joe Allen and Jordan Henderson, need to be on their toes.

Nevertheless, with a lengthy stretch between games, Rodgers can afford to set out his strongest side and overload Rovers’ depleted ranks—the midweek win over Burnley is perfect evidence of this.

On this form, Liverpool should be considerable favourites against Blackburn Rovers on Sunday.

Will Blackburn Rovers pose a threat to Liverpool’s FA Cup hopes on Sunday? Let us know in the comments below.