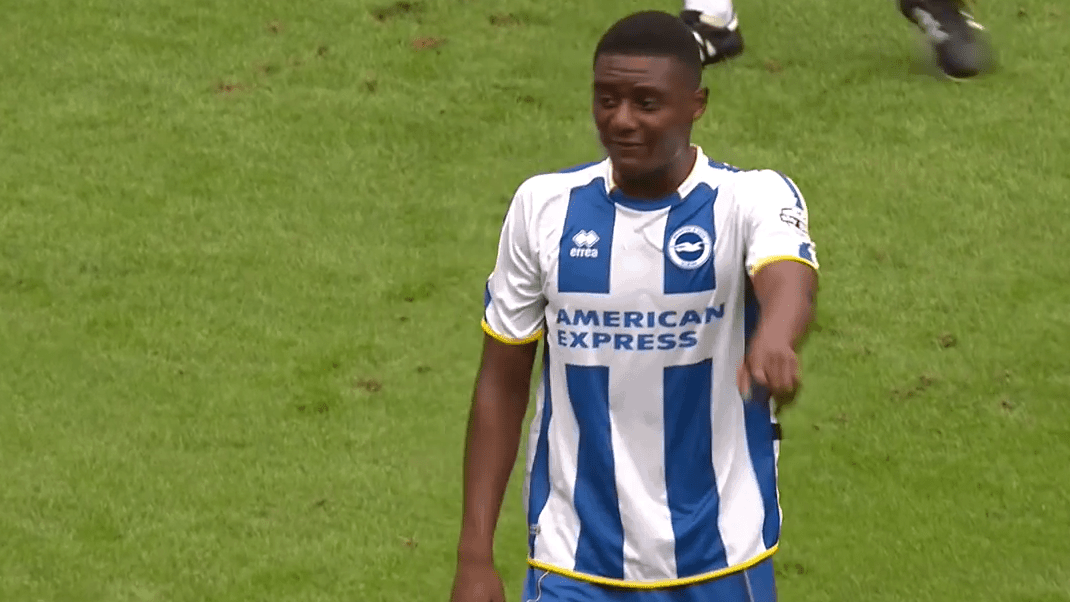 Brighton’s young defensive midfielder Rohan Ince has been linked with a move to Liverpool this summer, but Jack Lusby asks whether he can step up.

Rohan Ince, the 22-year-old Brighton and Hove Albion midfielder, is the latest player to be linked with Liverpool ahead of what is dubiously predicted to be another significant influx of talent on Merseyside this summer.

Reports suggest that Ince “is being chased by a host of top-flight clubs ahead of a potential summer move.”

“Liverpool, Newcastle, West Ham and West Brom have all had the 6ft 3in midfielder scouted in games in recent months.

“Brighton could struggle to keep hold of Ince in the summer with his contract moving into its final year in June.”

Ince has impressed in a defensive midfield role for Brighton this season, particularly under current manager Chris Hughton, but could he make the step up to Liverpool this summer?

Ince joined Brighton on a free transfer after unsuccessfully coming through the youth ranks at Chelsea and, despite initially being signed as a centre-back, has transitioned into a promising defensive midfielder.

This has been particularly useful to Hughton, who typically favours a solid defensive base.

Hughton gave Ince a glowing reference earlier this season, declaring: “There is no doubt he has ability, [but] he is a physical player as well… He has an athleticism about him and his past was playing a little bit deeper, so he is always going to be seen as that more defensive type of player.”

This has shown, as Ince has averaged 2.5 tackles and 2.9 interceptions per league game this season, with this combined total (5.4) only bettered by January signing and fellow defensive midfielder Beram Kayal (6.2).

Ince was one of Brighton’s better players in their eventual 3-2 loss at home to Arsenal in the FA Cup Fifth Round in January, helping to steady the ship and provide the Seagulls with a basis to launch their comeback after going 2-0 down to early goals from Theo Walcott and Mesut Ozil.

Making seven tackles and three interceptions, Ince was one of Brighton’s busiest and most effective players, let down somewhat by the dismal Danny Holla, who joined him in Brighton’s 4-2-3-1.

Ince’s crowning moment of the season so far, however, came with a sensational volleyed goal in Brighton’s 4-2 Capital One Cup win away to Swindon Town in August of last year.

Breaking up a Swindon attack, Ince made a bursting, near pitch-length run to join the Brighton counter, applying the sweetest of first-time finishes to Adrian Colunga’s cross.

When given the game-time this season, Ince has been hugely impressive.

There is, of course, a considerable risk for Liverpool if they pursued their reported interest in Ince, with the 22-year-old primarily versed in Championship football, having made no appearances for Chelsea during his formative spell.

The Championship and the Premier League are two very different beasts, with the former notoriously more rigorous and less technical than the latter.

Furthermore the step up in quality is plain to see with the dismal efforts of promoted sides Leicester City and Queens Park Rangers this season; however, there are also sides, such as Brendan Rodgers’ former club Swansea City, that take to the Premier League comfortably after promotion.

Ince’s former club-mates, Liam Bridcutt and Will Buckley, both made the step up to the Premier League to join their previous Seagulls manager Gus Poyet at Sunderland, and they represent a discouraging example of the demands such a move would impose.

Both have floundered, and have made a combined 35 league appearances this season, including just 17 starts.

On the other hand, former Burnley striker Jay Rodriguez made the switch to then-newly promoted Southampton in a £7 million deal in 2012, and can be considered a wholesale success, despite his recent struggle with injury.

Ince could be another Bridcutt or Buckley, but he could also be another Rodriguez.

If Rodgers is to go into this blind, based on Ince’s current quality and his obvious potential, would the midfielder make a good addition to his Liverpool squad?

With Steven Gerrard leaving, and Lucas Leiva rumoured to be nearing the exit, midfield will be an area that Liverpool need to reinforce this summer: Jordan Henderson, Joe Allen and Emre Can represent the only first-team players to remain that are able to operate in central midfield.

None of that trio has made more tackles and interceptions combined than Ince this season.

Even if Lucas was to stay on Merseyside for next season, Rodgers’ squad has looked decidedly thin in terms of defensive midfield cover this term, and desperately needs bodies.

Ince would represent a player capable of filling somewhat of a backup role in this position, and has the raw quality, the athleticism and the physicality to develop under Rodgers as a defensive midfielder.

However, with Brighton operating at a significant step down from the Reds, signing Ince as a first-team solution would be naive.

To solidify the midfield, Liverpool need to aim much higher this summer.

If Liverpool were to sign Rohan Ince from Brighton and Hove Albion this summer, he should be considered a highly promising prospect, not a player capable of immediately plugging a hole in the squad.

Should Liverpool be more ambitious than targeting Rohan Ince this summer, or does the Brighton midfielder have the potential to succeed? Let us know in the comments below.