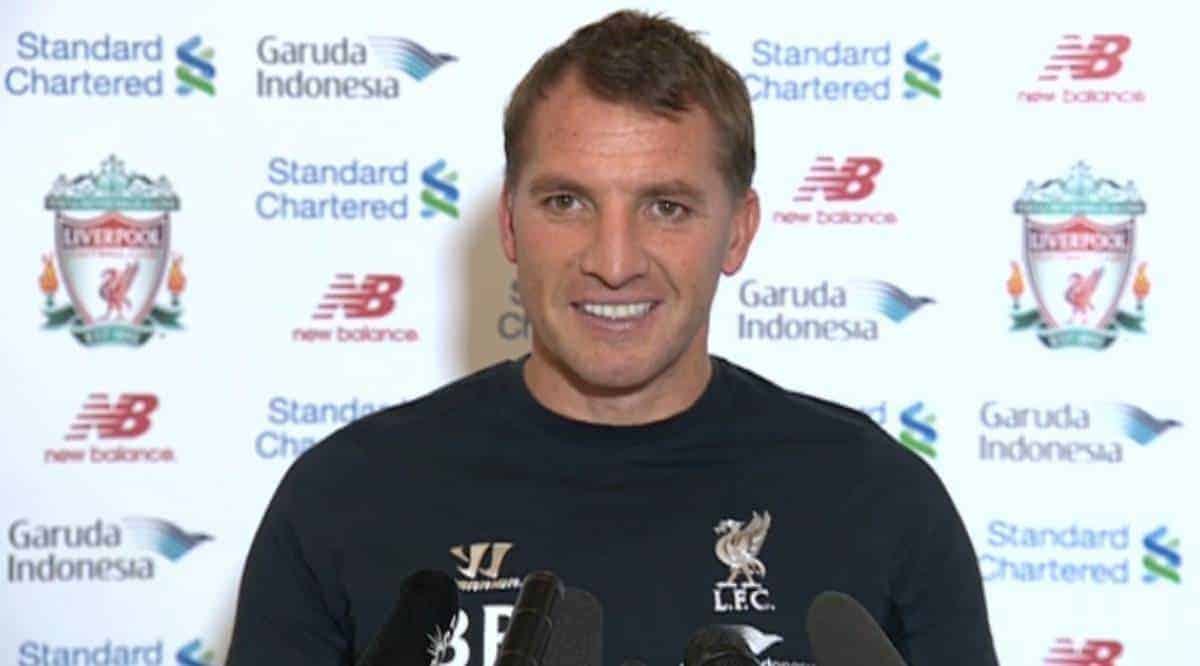 Liverpool manager Brendan Rodgers insists there is no-one better to lead the club despite a disappointing end to the season prompting questions about his future.

A dismal FA Cup semi-final exit to Aston Villa last weekend, after back-to-back defeats to Arsenal and Manchester United derailed their top-four chances, led to speculation about the Northern Irishman’s tenure – particularly in light of the availability of Jurgen Klopp who leaves Borussia Dortmund in the summer.

Sunday’s Wembley reverse meant Rodgers became the first Liverpool manager since Phil Taylor in 1959 to not win a trophy in his first three years in charge.

However, the 42-year-old, is adamant there is no-one who could replace him. “I don’t think there is anyone better, that is the reality of how I see it,” he said. “Whenever you are at a club like Liverpool you will have many names mentioned.

“There is absolutely no problem with that, it is something that happens all the time if you lose a couple of games.

“You had former managers linked with the job before and that will continue whether you are good, bad or indifferent.

“Three months ago I was a tactical genius and performing to a good level and we lost a couple of games, some important games, and maybe were not so good but I feel the same now with what I did back then.

“I have a strong relationship with the owners and the partnership who run the club.

“They understand, like when we spoke at the beginning, this was going to be a process, this is not a group of ready-made players who were used to winning.

“I’ve not taken over a machine that was winning trophies for 10 years.

“That is something we are clear on but of course we want to be better next year.”

Rodgers feels last season’s title near-miss was down to a number of factors aligning and their runners-up finish was actually over and above what had been expected.

He believes the current campaign is a more realistic representation of the level the club is at.

“If you take the emotion out of last weekend this was a team which overachieved last year,” he added. “We weren’t expected to get into the top four and that same team had a world-class striker (Luis Suarez) in it and someone on fire in terms of Daniel Sturridge, who has the potential to be that (world class) when when fit and playing.

“We have lost those players (Suarez to Barcelona and Sturridge to injury).

“We sit in fifth place, having reached two cup semi-finals, which is probably on par with where we are at.

“The ambition is to be much greater than that and we have to be planning forward and that means bringing in players in the summer, that is something which is well under way.

“This year was an opportunity, next year will be an even greater opportunity to kick on and keep improving.”

Worringly for Rodgers, there is still no sign of a return for Sturridge, who has been sidelined with a hip problem for the last two matches after missing the first five months of the season with thigh and calf problems.

“We are unsure. He is certainly not available for the weekend,” said the Reds boss when asked if there was a timescale for Sturridge’s comeback.