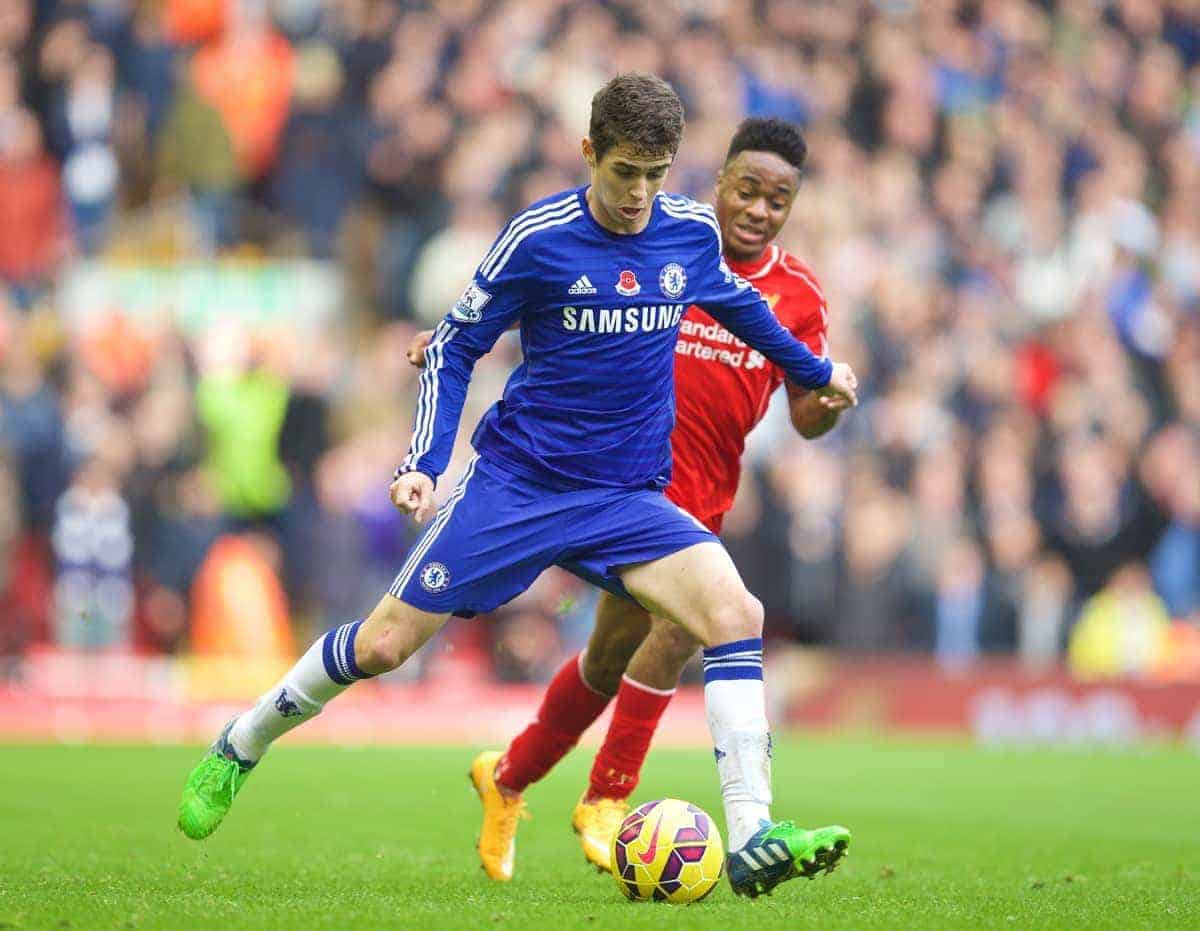 The summer transfer window edges ever closer, and we round-up some of the (ridiculous) rumours affecting Liverpool over the last couple of days.

Silly season is officially here. We as football fans absolutely lap up transfer news, and the constant rumours surrounding potential Liverpool signings is hotting up as the summer approaches.

Brendan Rodgers is clearly going to be keen to add to his squad at the end of the season, especially with the news that they are set to cut their wage bill to £40million this summer.

Here are the most recent transfer stories affecting the Reds. Some are less believable than others.

According to the Daily Mail, Liverpool could be set to sign Oscar from Chelsea, with a summer bid rumoured.

The 23-year-old has endured a frustrating time of things at Stamford Bridge lately, being criticised by Jose Mourinho and losing his regular place in the side.

The Brazil international would surely want Champions League football if he was to leave west London, however, which sadly looks unlikely at Anfield.

Although Oscar clearly has great quality in attacking midfield, and his youth and technical expertise would appeal to Rodgers, would Mourinho really sell to us?

When it comes to transfer ‘news’ it’s often difficult to find the actual source for a rumour in order to gauge it’s credibility. The Metro claim reports in France are linking Javier Pastore with Anfield – but link to talkSport, who cite those supposed French reports but without any publication name or link. The trail goes cold.

The 25-year-old, who Eric Cantona bizarrely labelled “the best player in the world” earlier this week, will reportedly leave the Ligue 1 giants this summer.

The Argentina star, who joined PSG for around £37million in 2011, is a very elegant footballer, but doubts remain about his overall substance as a player.

Whether he would ever join Liverpool seems very questionable anyway, but you can’t help but wonder if he’d struggle to adapt to the physicality of the Premier League.

Another one where the rumour trail goes cold. It’s reported in the Liverpool Echo‘s rumour round up, and they link to an article on the Daily Mail‘s website – which is in fact an article about Oscar. So we’ve no idea where this one actually started.

Either way, the report claims we could be set to bid £10 million for Yannick Bolasie.

The flying Crystal Palace winger, who tormented Liverpool in the horrific 3-3 draw at the Selhurst Park last season, has excelled for the Eagles in 2014/15. He scored a hat-trick in his most recent outing at Sunderland.

The 25-year-old, who has won 16 caps for DR Congo, is enjoying a purple patch at the moment, but the Reds must be careful not to fall into the similar trap they have done in the past.

Bolasie is obviously a talent, but his end product, work-rate and consistency can all flatter to deceive. He is not good enough for Liverpool.

Yevhen Konoplyanka has been heavily linked with a move to Anfield over the last year or so, and our friends at the Metro (who cite Italian site TuttomercatoWe) believe a summer move to Merseyside could be back on the cards.

The Ukraine international’s contract at Dnipro expires at the end of the season, which would allow him to join Liverpool on a free transfer.

The 25-year-old has long been admired by Rodgers, with his ability to play on either wing and in a central role something the Northern Irishman likes in his attacking players.

Tottenham have also been linked with the Ukrainian star, and have a history of stealing Liverpool targets, but the image of him in a Reds shirt next season doesn’t seem impossible.

Do we even use wingers thesedays? This one smacks of rumour regurgitation.

Perhaps the most ridiculous transfer rumour of the year so far comes from the Daily Star, who claim that Liverpool could sign Man United outcast Radamel Falcao.

The Colombian has endured a miserable time at Old Trafford since joining on loan from Monaco last summer, scoring just four times in 23 appearances.

The reports suggest the 29-year-old will replace Mario Balotelli, another high-profile forward who has had a similarly miserable time with the Reds.

Quite why Rodgers would want to sign Falcao remains baffling though, and there is surely no truth in the rumours whatsoever.

At his peak, the former Porto and Atletico Madrid superstar was as good as any striker in world football, but the serious knee injury he suffered early last year has seen him pass his peak quite rapidly.

That’s without mentioning his wage demands.