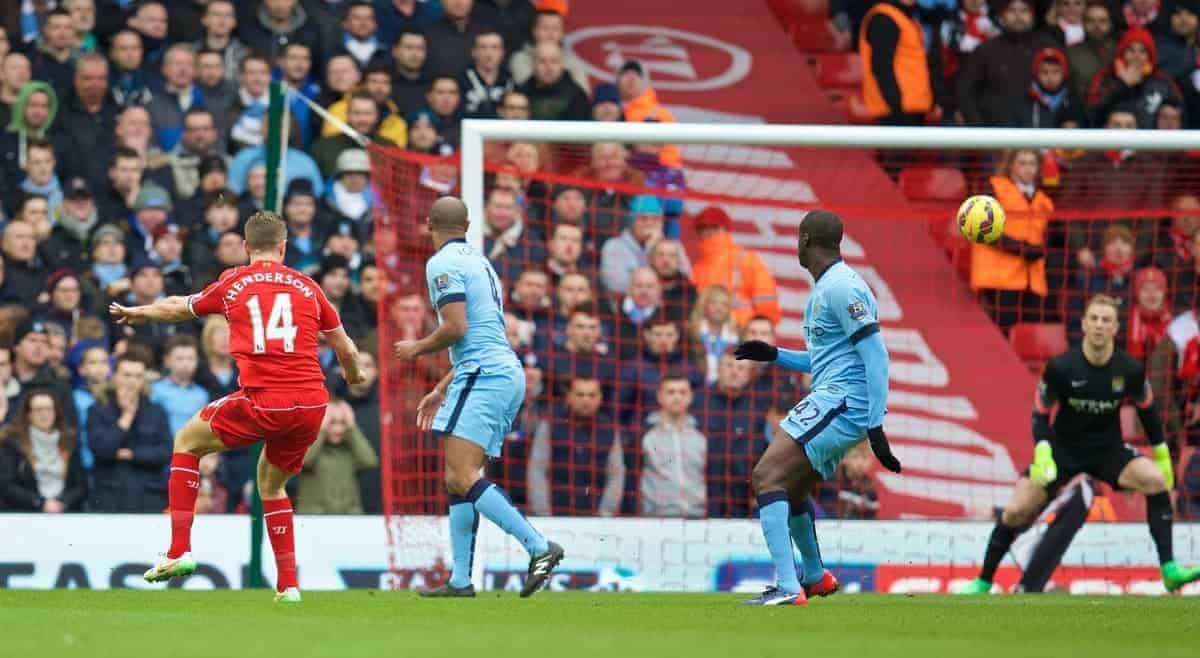 The accolades will be presented at the 2015 Players’ Awards in Liverpool’s Echo Arena on the 19th May, which for the first time fans will be able to attend. Fans are invited to vote in the two award categories, one of which will be presented by the winner of a global raffle being held to raise funds for Liverpool FC Foundation.

The nominees for the two awards are as follows:

Goal of the season

Liverpool FC have announced the 2014/15 goal of the season contenders. http://thisisanfield.com/2015/04/liverpool-fc-announce-goal-and-performance-of-the-year-nominees/

Performance of the season

A full list of awards along with information on how to vote is available now at www.liverpoolfc.com/2015playersawards

The 2015 Players’ Awards offer fans the chance to attend alongside Brendan Rodgers, the First Team squad and their partners, Liverpool Ladies FC, Academy players, former legends and celebrity fans to celebrate their club.

The evening will also include a special tribute to Captain Steven Gerrard who after a successful 17 year LFC career will retire at the end of the season. The awards will follow Liverpool FC’s final home game of the season and will offer fans the opportunity to give the Liverpool great a fitting farewell on home soil.

The Players Awards will be raising funds for Liverpool FC Foundation through a global raffle that offers fans the chance to win a money-can’t-buy bundle of prizes. The unique prize includes presenting the award for Performance of the Year at the 2015 Players’ Awards to one of the club’s first-team players as well as travel from anywhere in the world, five nights’ accommodation at a luxury Liverpool city centre hotel, two general admission tickets to the last home game of the season against Crystal Palace, two VIP tickets to the 2015 Players’ Awards and access to the exclusive after-show party.

All proceeds generated from the global raffle will be donated to the Liverpool FC Foundation. The funds will be added to the money raised from the Liverpool All-Star charity match held at Anfield last month, which will help support charitable projects across the city delivered by the foundation, and partner charities including Alder Hey Children’s Hospital.

Raffle tickets are priced from £5; for full details visit www.charitystars.com/raffles

General Admission tickets which start at £28 (plus booking and handling fee) are available to purchase now through the Echo Arena at www.echoarena.com/whats-on/liverpool-fc-players-awards-2015

VIP Table Packages are available to purchase at: www.liverpoolfc.com/2015-players-awards-tickets

For all details on the 2015 Players’ Awards visit: www.liverpoolfc.com/2015playersawards