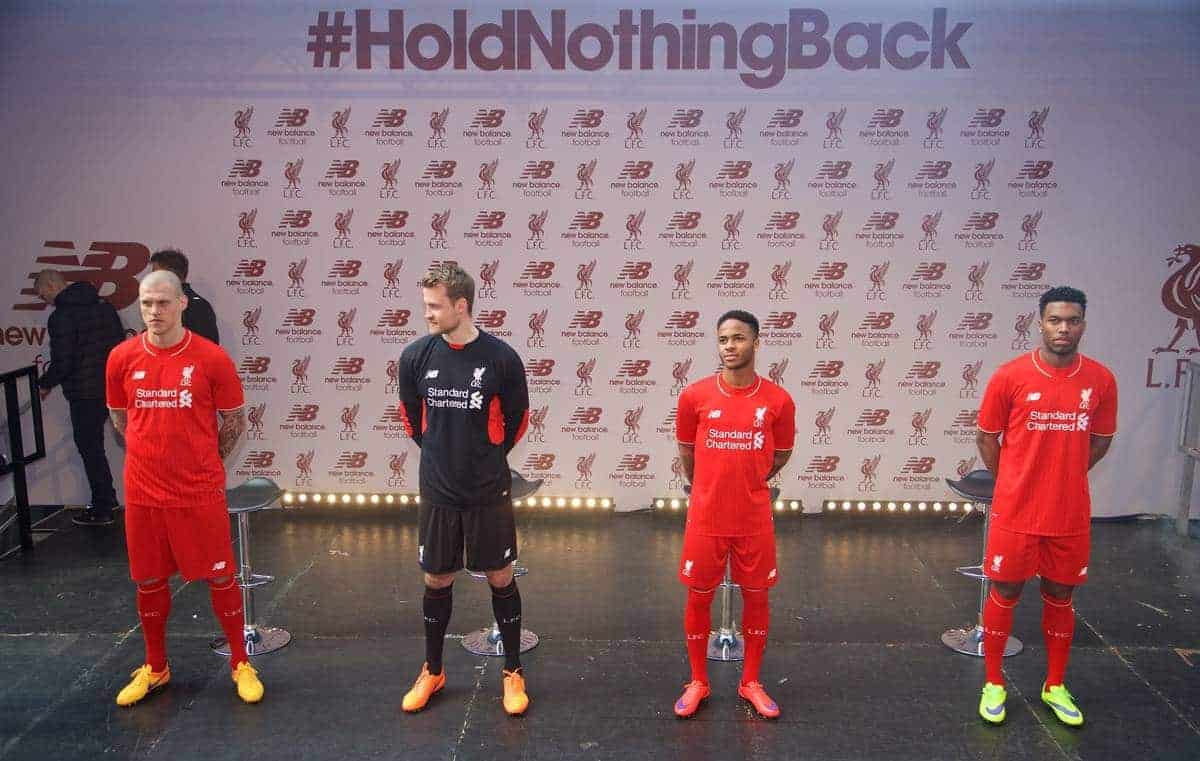 Fans have taken to social media to share their first impressions of the new Liverpool FC home kit 2015/16 after it was revealed at Anfield on Friday afternoon.

Over 1000 fans and a media contingent were invited down to the stadium as several first team players paraded the new kit — the first for the club on the New Balance label.

All branding on the shirt is white — with the Liverbird switching from gold and there’s a neat trim to the collar.

Liverpool vice-captain Jordan Henderson told the club’s official website, “Our fans create a great atmosphere at Anfield, and it is great to have a kit that reflects the red and white mosaic made when the fans on the Kop hold their flags and scarves aloft.

“The kit feels great and I’m pleased the New Balance team considered what the players need from a kit when it was designed. The material is very comfortable and the players are delighted with the result.”

We’ve rounded up the initial reaction to the new kit from fans below. Let us know your thoughts on what the players will be wearing next season in the comments section below.

@thisisanfield I know everyone seems to hate it, I don't think its that bad. Its simple but sometimes simple is the way to go.

@thisisanfield #LFC I think it looks ok. I don't really fancy the checks but I could get used to it.

Ok nothing spectacular but it’s a smart looking kit and the cheque pattern seems to be not overly visible which improves it. Generally it looks fine.

@thisisanfield Quite like the kit guys, the big bold Liver Bird looks really good….be interesting to see if the away kit is the same idea.

If you cross your eyes and stare long enough at the new kit, you can see a portrait of Brendan Rodgers #LFC #NBFootball