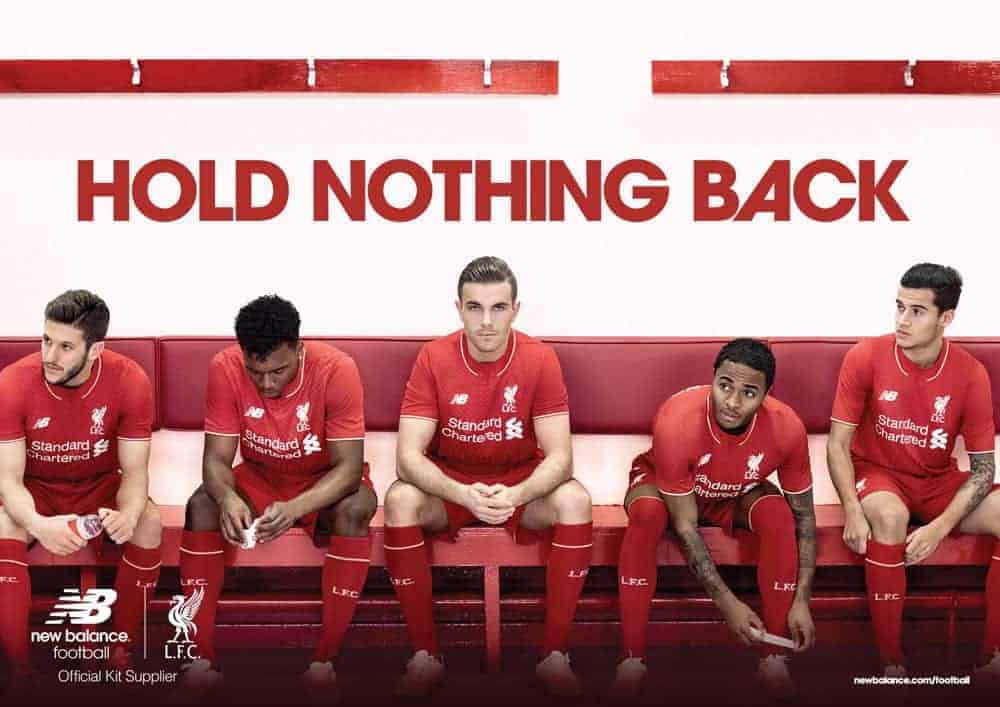 Daniel Sturridge, Raheem Sterling, Martin Skrtel and Simon Mignolet were on hand to reveal the new Liverpool FC Home Shirt 2015/16 at a launch event at Anfield on Friday afternoon.

Over 1000 supporters and a media contingent were invited down to Anfield for the big launch, which saw the first Liverpool kit to be launched under the New Balance brand.

This exclusive photograph for This Is Anfield shows goalscoring hero of Wednesday night’s 1-0 victory over Blackburn in the FA Cup, Philippe Coutinho, donning the new kit: The new shirt features all white branding — the New Balance logo, the Liverbird and the Standard Chartered logo — whilst there is an all-new style of collar.

Vice-captain Henderson told the club’s official website, “Our fans create a great atmosphere at Anfield, and it is great to have a kit that reflects the red and white mosaic made when the fans on the Kop hold their flags and scarves aloft.

“The kit feels great and I’m pleased the New Balance team considered what the players need from a kit when it was designed. The material is very comfortable and the players are delighted with the result.”

Meanwhile Mignolet revealed the new goalkeeper shirt for next season: The Liverpool FC 2015/16 home kit is now available to pre-order from the club’s official online store ahead of its release on Thursday May 14. Click here for more details.