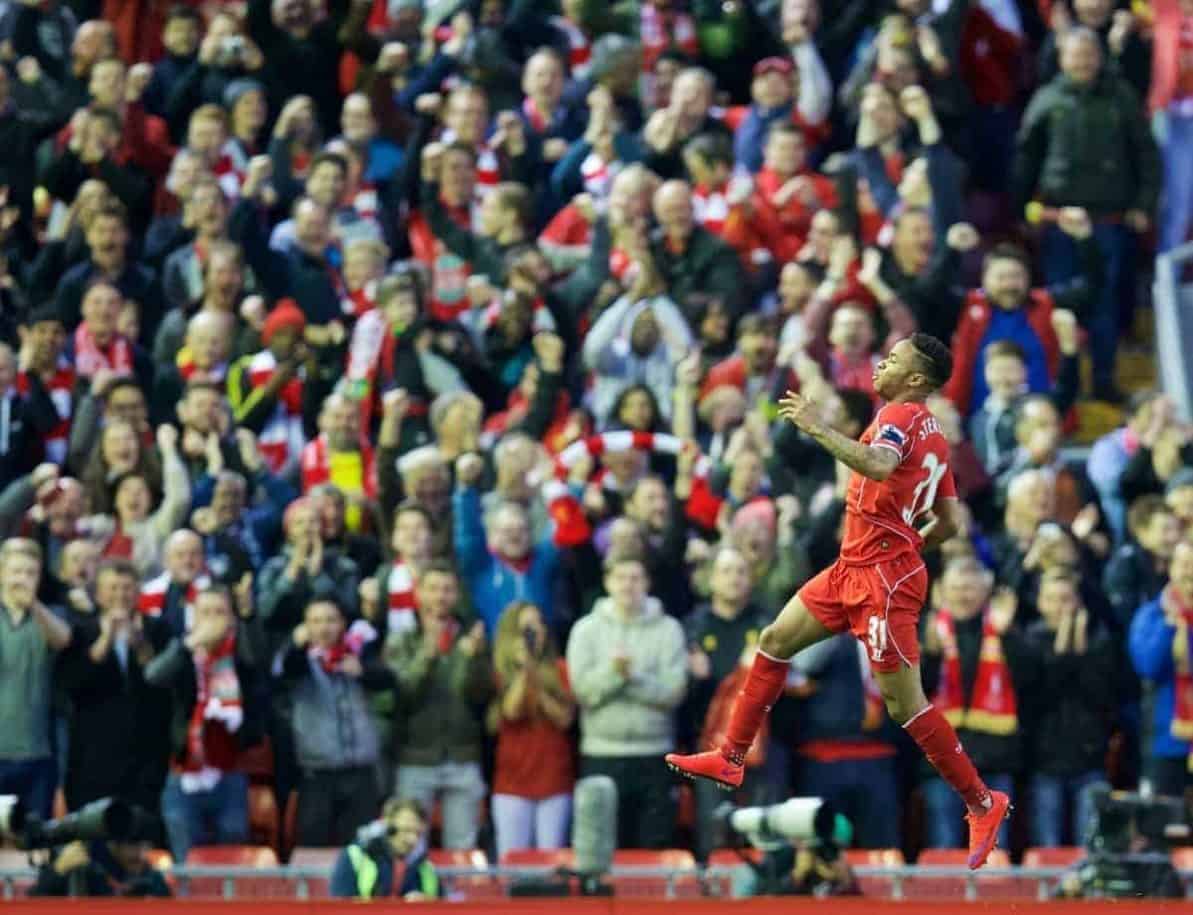 After the hugely disappointing 4-1 loss to Arsenal nine days ago, victory was a must for Liverpool in order to give themselves any chance of finishing in the Premier League top four.

Rodgers made two changes to the side that beat Blackburn 1-0 in the FA Cup quarter-final last Wednesday, with Emre Can and Jordon Ibe returning in place of injured duo Mamadou Sakho and Daniel Sturridge.

The match got underway after an impeccable minute’s silence to remember those lost in the Hillsborough disaster 26 years ago on Wednesday.

The Reds were ahead in just the ninth minute, after a wonderful piece of solo play by Sterling. The 20-year-old weaved past two Newcastle challenges, before curling a terrific effort past Tim Krul.

Alberto Moreno tested Krul soon after from a tight angle, as Rodgers’ men completely dominated their opponents in the opening 20 minutes.

Mehdi Abeid volleyed straight at Simon Mignolet, in what was the Magpies’ first effort of note, while Krul made a sensational stop to deny Lucas Leiva a rare headed goal. The Brazilian was offside though.

Newcastle were denied a stonewall penalty after a lunge by Dejan Lovren on Ayoze Perez, as referee Lee Mason did little to impress either side.

Mignolet made a fine stop from Perez’s header just before half-time, but it was Sterling’s moment of brilliance that was the difference at the interval. Newcastle made a confident start to the second-half, and Moussa Sissoko’s low effort forced Mignolet into a comfortable save.

Sterling missed an absolutely glorious chance to make it 2-0 after 56 minutes, but somehow missed from close-range in front of the Kop.

Fabio Borini replaced the rusty Ibe on the hour mark, as Liverpool looked to get a grip after a very poor display since the restart.

With 20 minutes remaining, Allen doubled the Reds’ lead. The Welshman pounced on a loose ball from eight yards out; his first goal at Anfield.

Sissoko was sent-off with seven minutes remaining after a shocking tackle on Lucas, and that was the last action of note on a night where three important points were won by Rodgers and his team.