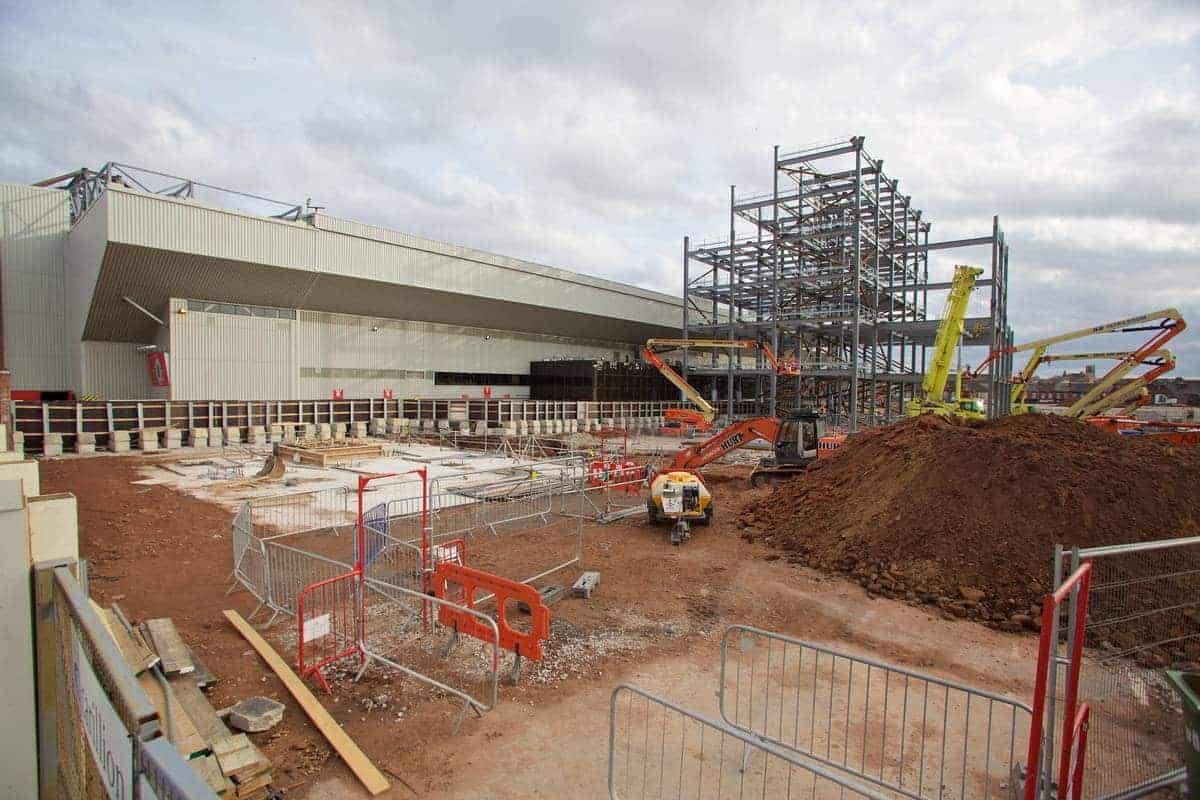 The new Main Stand framework continues to take shape at Anfield, with supporters arriving for Monday night’s match against Newcastle United able to see the progress.

Last week we reported how Liverpool are insist that construction work continues on schedule, despite the club changing their wording from ‘in time for the 2016-17 season’, to ‘some stage during’ the 2016-17 season.

Club officials continue to finalise designs, particularly internally, with one of the major details yet to be confirmed centres on the players’ tunnel. The current design has the tunnel located in more or less the same position it is located in today, and This Is Anfield understands that it is unlikely to be moved to the halfway line.

When completed, the new Main Stand will take Anfield’s capacity to around 54,000, as phase one of the overall expansion project. Phase two would see the Anfield Road End expanded and the overall capacity around 59,000.