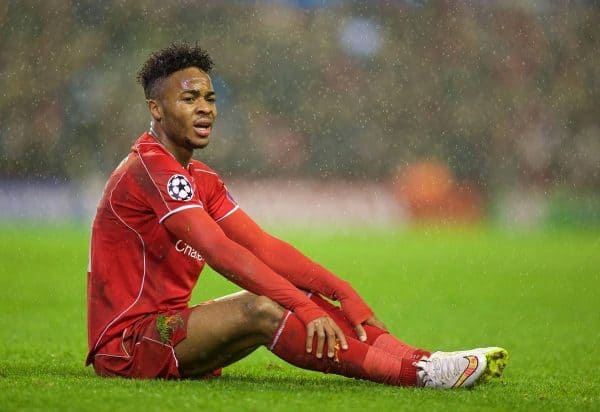 After Raheem Sterling gave a frank interview on his Liverpool future, fans offered their own assessment of his words.

Talking to BBC Sport this week, Raheem Sterling claimed: “I don’t want to be perceived as a money-grabbing 20-year-old.

“It’s not about the money at all. It’s never been about money. I talk about winning trophies throughout my career. That’s all I talk about.

“I just want to focus on football and, when it gets to the end of the season, assess my position as a 20-year-old player playing in the Premier League.”

Sterling’s words, whether damaging in their intention or not, have inevitably sparked a range of reactions from Liverpool supporters.

Some took a realistic approach to the news that Sterling had turned down a new £100,000-a-week deal…

Amazingly, Raheem Sterling has forgotten that he's twenty years old and has only played a season and a half of first team football

So Sterling's saying when LFC challenged for the league he'd have signed, but since Suarez left and he's now in a battle for a top 4 spot…

he's not so sure. He's 20, ambitious, extremely talented-but not effective enough yet to be demanding £100k+ pw

Sound that. Let's do an interview a few days prior to playing a big game against Arsenal & saying any links to them are "quite flattering" ?

I'm happy to be fair about Sterling but being "flattered" by Arsenal who we play on Saturday? Funny way to not piss the fans off, that.

If Sterling joins Arsenal, then I'm done with footy. Bayern Munich or Real Madrid, then fair enough, but also rans Arsenal? No. #Finished

Some took Sterling’s words and turned them towards the club, and their approach to business…

Honestly, FSG should grab this by the balls and show some real intention to compete. Some players are worth the money. Sterling will be.

It's also a hint to the owners/Rodgers etc to start signing proven players to help him out, to ease the pressure/burden + show ambition.

Not sure "I wanted to stay when things were rosy but now they're a bit tricky I'm not fussed" is the way to win hearts and minds, Raheem.

While some are already looking ahead to a future without Sterling…

If Sterling goes then #LFC should move heaven and earth to get Memphis Depay.

What is your take on Raheem Sterling and his Liverpool future? Let us know in the comments below.