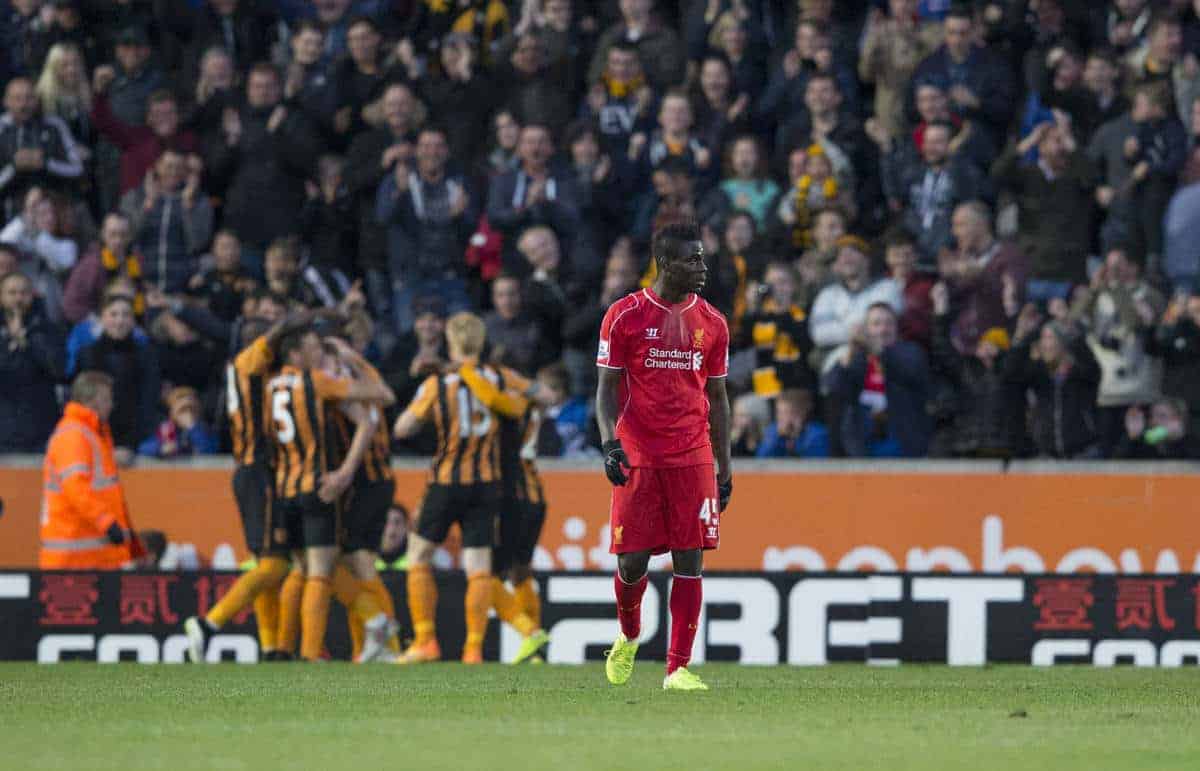 Liverpool lost 1-0 to Hull City on Tuesday evening, we round-up the social media reaction both during and after the game.

What a horrible performance that was. If the West Brom game on Saturday was boring but dominant, this was just a completely unacceptable display from start to finish.

Never at any point did you really feel Brendan Rodgers and his side believed they would win the game, and Hull deservedly prevailed on the night.

Too many players looked halfway on their summer holidays, although the likes of Simon Mignolet, Joe Allen and Philippe Coutinho performed pretty well.

The defeat officially ends the Reds’ top-four hopes, if they weren’t already over before the game, and there are five fairly irrelevant Premier League games remaining for Rodgers and his team. The manager is under severe pressure now.

Here is how fans and pundits on social media reacted to the game:

I thought West Brom was bad but this has been even worse.

1 point from 2 games against Hull and west Brom. Championship form and I'm not talking about winning the league

This has both an end-of-season, and end-of-coach's-reign feel to it.

‘Clive’ on the forums said:

We lacked spark today but the accountability rests with the manager. I can’t for the life of me understand Can as a right back. Nor the broken record persistence with a piss poor Mario as lone striker.

All the hallmarks now of a failed regime in its death throes I’m very sorry to say. Players have clocked off for the season and if we had any sense, so should the fans.

Rolling the dice after 65 minutes by throwing on Rickie Lambert and Adam Lallana. Asking for it. #LFC

‘Kanonkop’ on the forums:

We have had three really dire periods in the last 25 years. Souness, Hodgson and this. This is the worst for £220 million reasons.

But presumably we put in outstanding effort. We missed that wee bit of luck and they got their wee bit of luck when we played them onside. Other than that we controlled the game really well.

"WORST PERFORMANCE FOR A LONG TIME." – Said after nearly every defeat, without a hint of irony.

Desperate times for us. Have to make some positive moves between now and the start of next season. Start by dropping Johnson please. #LFC

Lost for words at just how bad that was, which isn't ideal when you're about to produce something on the game. #LFC

It’s more the death OF football for LFC than death by football.

And, clearly, people at FSG must realise that something has to change this summer. Unless they're happy with this situation.