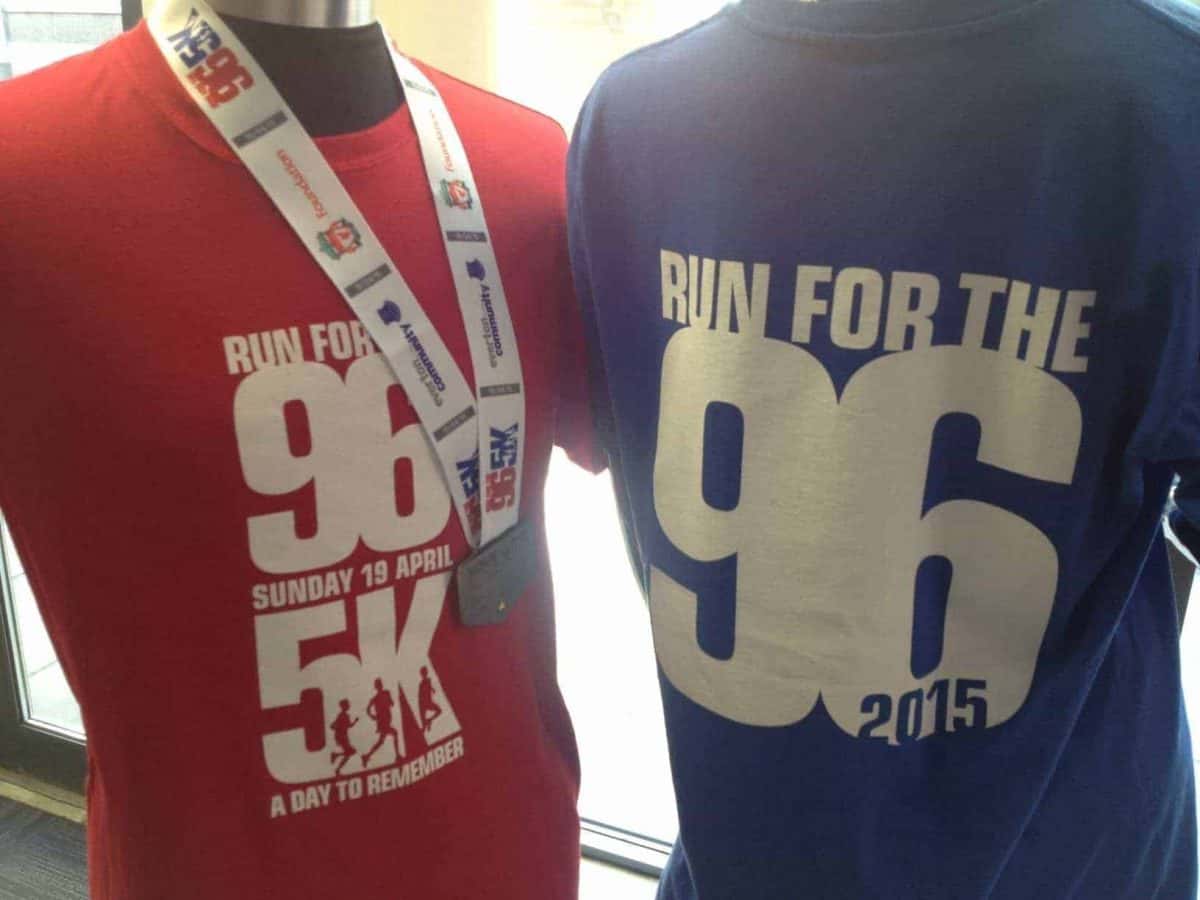 A host of well-known names from the worlds of music, sport and television are supporting the inaugural Run For The 96 5K which takes place this weekend.

The community legacy fun run is being staged to remember the 96 Liverpool fans who lost their lives in the Hillsborough tragedy.

The familiar faces will line up alongside more than 2,000 participants this Sunday (19 April) as they walk, jog and run round the 5K route.

Run For The 96 5K has the support of the Hillsborough Family Support Group, who will be represented on the day.

Runners are asked to wear red and blue commemorative T-shirts, which are available beforehand. They will also receive a special medal and goody bag.

Prior to the start of the run at 9.30am, the crowd will be invited to take part in one minute’s applause as a mark of respect.

The route starts and finishes in Stanley Park, taking runners past Liverpool’s Anfield Stadium and close to Everton’s Goodison Park.

The football grounds will provide a fitting backdrop as runners show their respect for the 96 as they run to remember the fans lost, their families and the survivors.

“When I was asked to take part in the Run For The 96 5K I didn’t even think twice,” said Dennis. “Everyone remembers that terrible day in 1989 and hearing the news. The grief continues to be felt by the heart of the city – which is why I just had to get involved and show my support. Good luck to everyone on the day, may we do the 96 proud.”

Les and Andy are in excellent company and join Merseyside football legends Alan Kennedy and Graham Stuart, and Spice Girl Melanie Chisholm who have already signed up to take part.

Liverpool fan Melanie C, also known as Sporty Spice, was the first to pledge her support when the plans were first announced 12 months ago.

“I’d like to thank everybody on behalf of all the families for giving their time and commitment in memory of the 96 and, at the same time, raising funds for two good local causes. Good luck and I hope you all enjoy the day.”

The event’s official charity partners are the Liverpool FC Foundation and Everton in the Community. The charities are providing activities on the day.

First team players from both clubs are encouraging people to take part by signing up this week. Liverpool’s Fabio Borini and Everton’s Tony Hibbert and Ross Barkley have all thrown their support behind Run For The 96 5K.

Participants are invited to fundraise for the Liverpool FC Foundation and Everton in the Community, the charitable arms of the city’s two football clubs to enable them to continue their fantastic work across Merseyside. This is a key part of the event’s commitment to ensuring that local communities benefit from the legacy run. All funds donated or raised will be split equally between the two charities.

Run For The 96 5K is the brainchild of Liverpool fan Dom Williams, a dad of four originally from Liverpool who now lives in the South West of England.

Dom has organised the mammoth three-day Hillsborough-Anfield 96-mile team running challenge for the past three years. This year, the main run will be 79 miles over two days from Sheffield to Liverpool. The third day will see Dom and the team take part in the Run For The 96 5K. The change of format is Dom’s vision to create a legacy event to involve the wider community.

“After 18 months in the planning, the week has arrived for the inaugural Run For The 96 5K. We genuinely cannot thank everyone enough for their support, especially our guest runners Les, Andy, Alan, Graham – and especially Melanie who was the first to show her support a year ago.

“It’s going to be a very proud and special moment for us as a team when we stand on the start line alongside Hillsborough family members, survivors and over 2,000 runners for the very first Run For The 96 5K.

“We are extremely grateful to BTR Liverpool for taking on our idea and making it a reality. We want this to become an annual legacy event. There is still time to register, come and join us as we run to remember.”

Entries are still open at BTR Liverpool, 23 Hatton Garden, Liverpool, L3 2FE. Participants have a choice of red or blue T-shirt upon registration.

A special book is open at BTR Liverpool for those wishing to leave a comment about why they are taking part. This will be also available to sign on the day.

Visit www.BTRLiverpool.com or www.hillsborough-anfieldrun.com for more details; download a sponsor form; or make a donation direct to the joint charity fund via Virgin Giving at http://tinyurl.com/cmkmrxg.