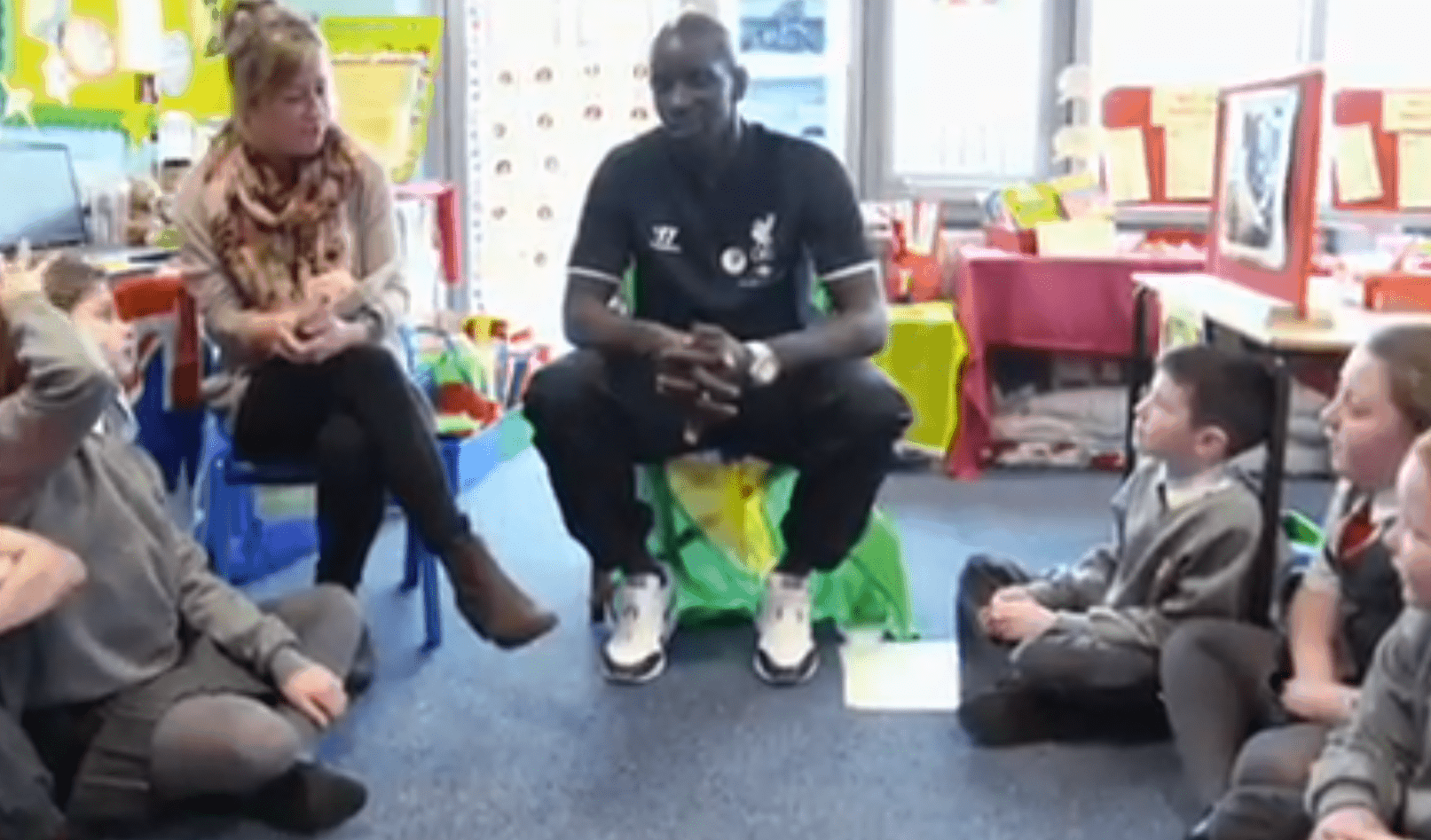 Mamadou Sakho has been teaching French to school children in Liverpool as part of the club’s community work.

Mark Haig, Head of Operations at the Liverpool FC Foundation, says the club and Sakho’s involvement in their “On The Ball” education programme looks to raise literacy and numeracy attainment and attendances in local schools.

He told BBC Sport‘s Match of the Day, “What can be better than to have a first team player like Mamadou Sakho come into the school on a regular basis and take part in his physical activity sessions?

“But also, he contributes to the French classes so that they [children] are very, very motivated to learn because they have that Premiership footballer sitting in their midst.”

Sakho has made 44 appearances for Liverpool since his move from Paris Saint-Germain in 2013.

The 25-year-old France international says, “Ouside the pitch, I’m just a human and I like to take the time with kids to play and teach them French.

“It’s nice for the kids as they can learn French, and for me too, I can improve my English!”