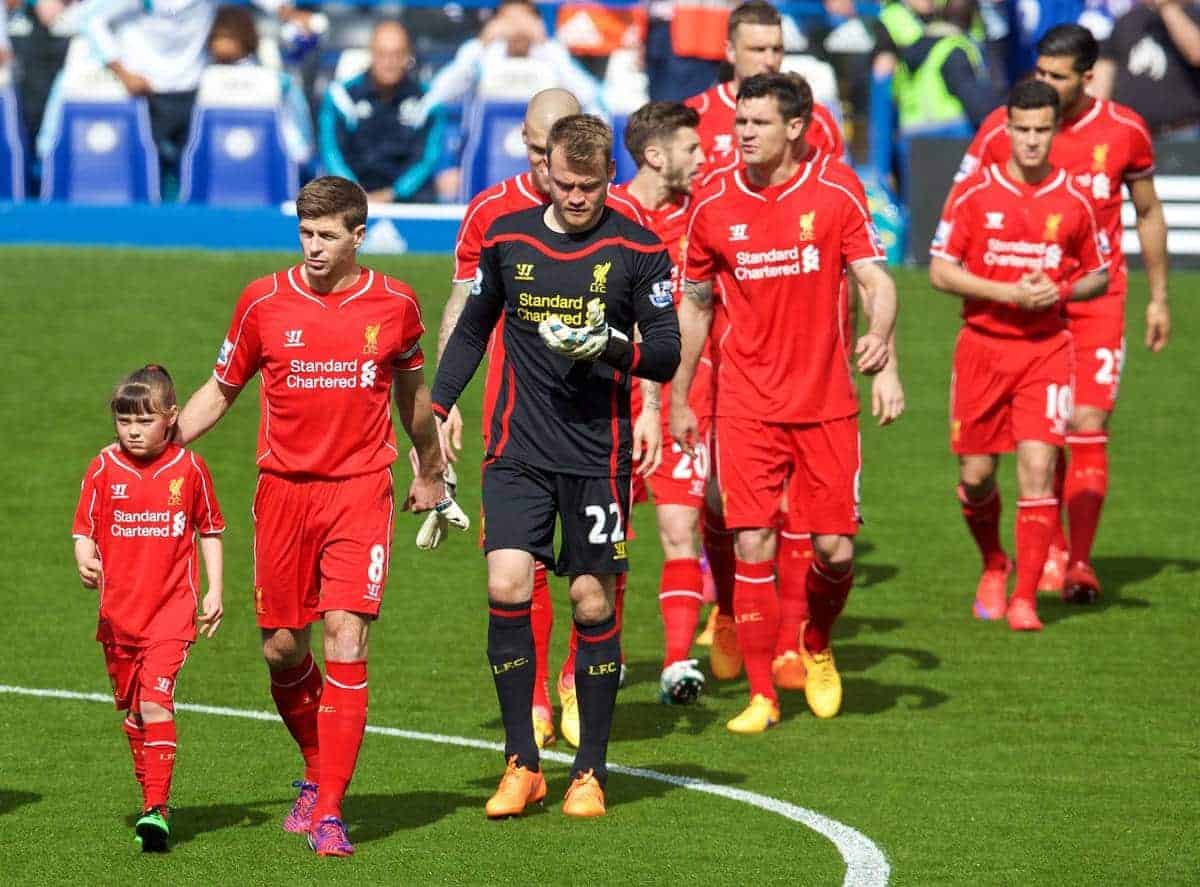 Liverpool and Chelsea shared the spoils at Stamford Bridge on Sunday afternoon. We round-up the best of the social media reaction from the game.

On a day when the Reds’ Champions League hopes were officially extinguished, it was at least nice to see Brendan Rodgers’ side produce a spirited display.

Admittedly, Chelsea looked like a side who had spent the week taking it easy, but responding from a deficit at Stamford Bridge is always very tough regardless.

Steven Gerrard levelled up John Terry’s early header just before half-time, and that’s how the scoreline remained in what was an entertaining game.

The most memorable moment of the afternoon was seeing Gerrard applauded off the pitch by many Blues supporters, which given the rivalry between the two clubs over the last decade or so, was nice to see.

Liverpool now have dead rubbers against Crystal Palace and Stoke City to end their 2014/15 campaign, before signing off for the summer and focussing on improving next season.

Here is how social media reacted both during and after the game:

Chelsea fans stand to applaud Steven Gerrard off the pitch. Mourinho joins in.

Gerrard slagging the Chelsea fans off there!

As usual, Steven Gerrard says more in two minutes than some manage in ten years. Not sure who'll be the spokesman next year.

‘theres always tomorrow’ on the forum:

Sums up the season. Lots of endeavour and no finish. Need to sort it out in the summer. Make us dream FSG.

Souness on Steven Gerrard: "I can't understand why they are letting him go. They will regret it." He won't be the only one with those views

Getting applauded by Chelsea fans – the biggest complement a rival player can receive in world football.

I thought we were great today, aside from where it actually mattered.

We cannot score goals. Address that and we’re fine.

Next week will be some emotional speech when he addresses Anfield. The end of an era.

No need to sign Benteke. Just stick Gerrard as a stationary 9 and he'll score about 20 headers per season.

Lallana, Sterling and Coutinho linked up well for a bit in that second half. Most of our best football came when those three were on the pitch at the same time, even if they lack some ruthlessness. Lambert just doesn’t fit, Can is not a right back.

Let that be Rickie Lambert's last appearance for Liverpool.

If more than four players from today’s XI start in same position in first game of next term, #LFC did the summer wrong (again).