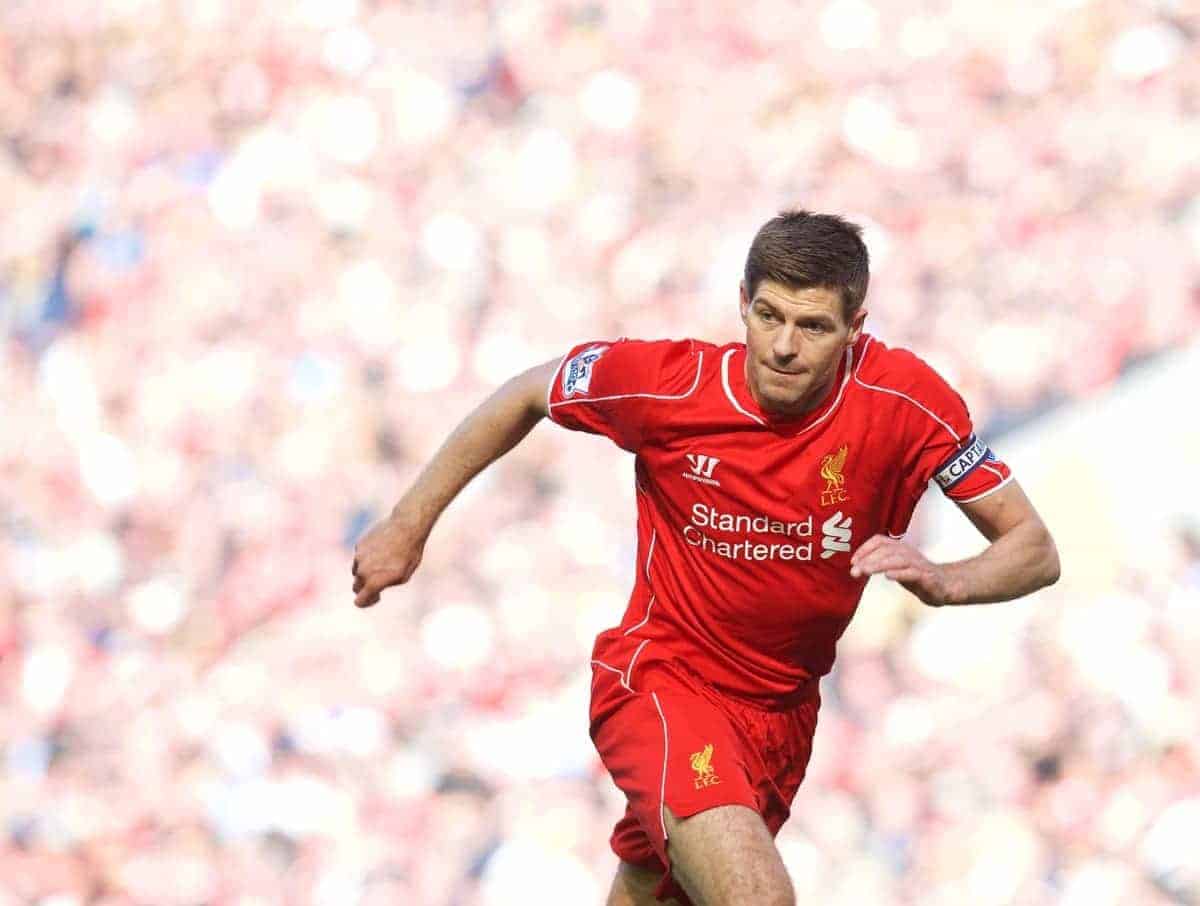 Following Liverpool’s limp 3-1 loss to Crystal Palace at Anfield on Saturday, we round-up the best reaction on social media.

Well it certainly wasn’t the fairytale ending Steven Gerrard had hoped for in his last ever game at Anfield, but it was still a memorable occasion.

The guard of honour and reception he received prior to kick-off was spine-tingling, and there were not many dry eyes inside Liverpool’s famous stadium.

As for the performance, it was absolutely rotten from start to finish. Whether the whole Gerrard sideshow acted as a disruption remains to be seen, but it certainly looked as though it didn’t help.

There were some very poor performers on the day, from Dejan Lovren at the back to the disinterested Raheem Sterling in attack.

It was not a good way for Brendan Rodgers’ side to end their Anfield campaign, but the day was more about saying goodbye to a true footballing icon.

Liverpool's defence playing this one, fittingly, at Legends' game pace.

'Please Don't Go' on the Anfield PA at half-time.

Dejan Lovren was absolutely shambolic in both games—terrified of pace, no idea what to do when isolated in the channels.

Hate to break it to Brendan, but this team needs a lot more than just a World Class Striker to be good. There are 8-10 players that need to be gutted from this team.

Big shame, this. Steven Gerrard has been one of Liverpool's top performers, and so many of his teammates have let him down.

Seriously folks, that was bad! #GerrardsLastGame

‘Billy Biskix’ on the forum:

Sadly for us Palace forgot that this was an exhibition match to mark Steven Gerrard’s departure and treated it like it was a proper competitive fixture. They were miles better than us. 3 – 1 didn’t flatter them. It could have been more. It wasn’t just that we carried no threat, although Lallana took his goal well. We were so disorganised. Defensively atrocious.

A team of Steven Gerrard's.

Criminal performance today, lots of soul searching, enquiries and meetings ahead over the summer 1 would imagine

That just about summed the season up nicely. #LFC

‘Kanonkop’ on the forum:

That was a disgraceful performance. What a shame for Gerrard’s last home game.

Lovren is the anti-Gerrard. A complete hindrance to the team.

Not the best way to sign off, but Palace deserved their win, #LFC were awful. Awaiting Gerrard's speech…