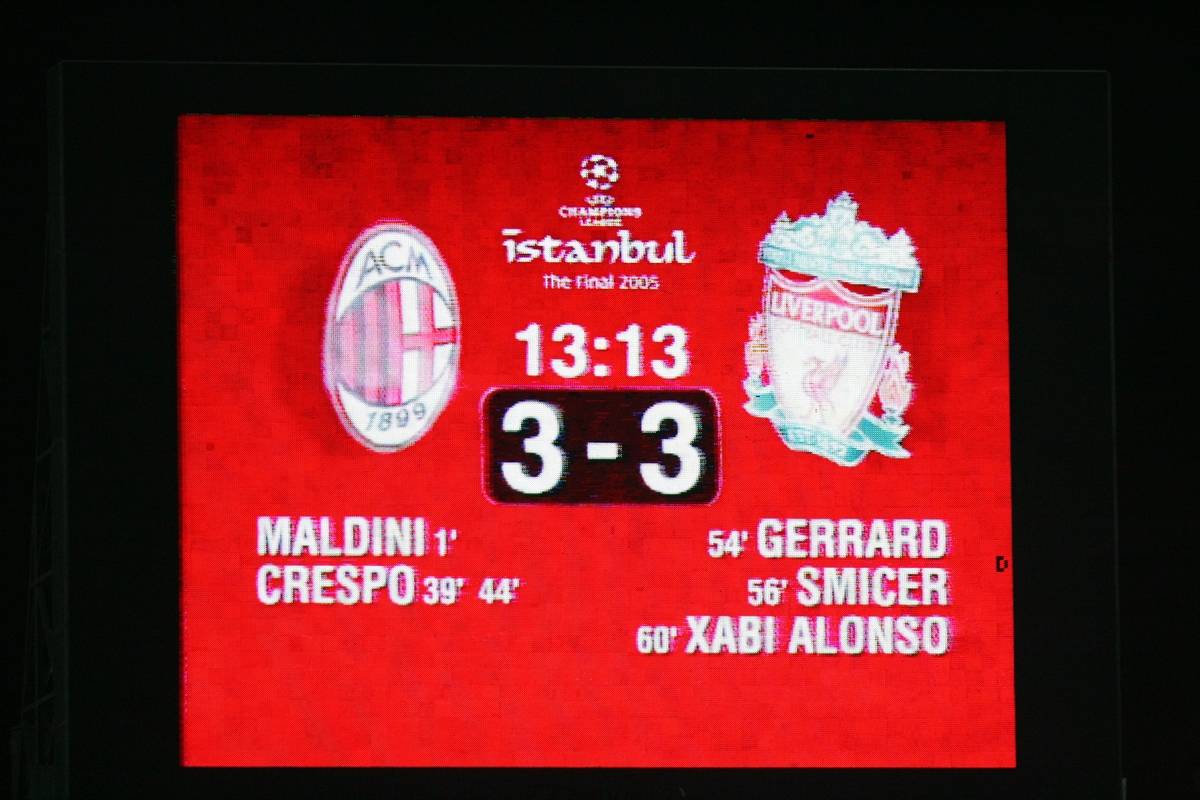 Ten years on from Liverpool's Champions League win over AC Milan in Istanbul, Press Association Sport looks at how that famous night unfolded.

One minute: The final could not have got off to a worse start for Liverpool as the unmarked Paolo Maldini sweeps home Andrea Pirlo's free-kick.

22: Manager Rafael Benitez's decision to select forward Harry Kewell ahead of the more defensively-minded Dietmar Hamann or Igor Biscan backfires when the Australia international – designated to put pressure on Milan's deep-lying playmaker Pirlo – comes off injured and is replaced by Vladimir Smicer in his final match for the club.

39: Seconds after Liverpool have a penalty shout for handball against Alessandro Nesta, Kaka picks out Andriy Shevchenko in the inside-right channel and his cross is turned in at the far post by Hernan Crespo.

44: Kaka, Milan's attacking fulcrum, produces a defence-splitting 30-yard through-ball just out of the reach of the outstretched foot of Jamie Carragher which Crespo runs onto and clips past goalkeeper Jerzy Dudek.

45: Manager Rafael Benitez had already made the decision to replace Djimi Traore with Hamann and switch to three at the back but the Spaniard has to make a quick alteration when Steve Finnan's thigh injury means he, not Traore, has to be withdrawn.

51: Dudek does well to push away Shevchenko's drilled free-kick in what is the first of several significant saves by the Pole.

54: The comeback begins when Steven Gerrard gets between Milan's two centre-backs to head in John Arne Riise's cross.

56: Hamann tees up Smicer to fire a low 25-yard drive which Dida gets a hand to but cannot keep out.

59: Gerrard, released from his defensive duties, charges into the area and is tripped by Gennaro Gattuso. Xabi Alonso's penalty is saved by Dida but the Spain international follows in to score the rebound.

117: Dudek pulls off a brilliant double save from Shevchenko, first stopping a header and then tipping over a shot from point-blank range.

120: Match finishes 3-3 and goes to penalties. Serginho and Pirlo miss Milan's first two spot-kicks to give Liverpool an early 2-0 advantage through Hamann and Djibril Cisse. Jon Dahl Tomasson and Kaka then score either side of Riise's miss but after Smicer makes it 3-2 Milan's fifth penalty, taken by Shevchenko, is saved by Dudek.