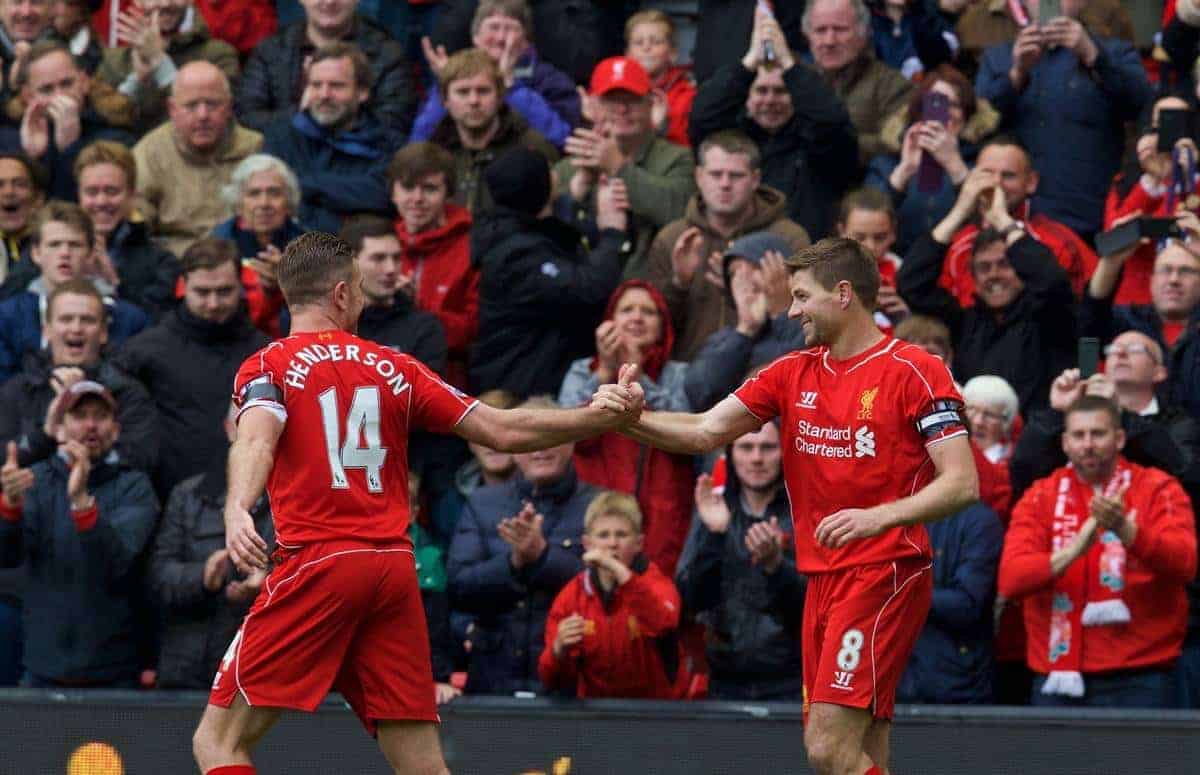 Liverpool edged to a late 2-1 win against QPR on Saturday afternoon, and we round-up the Steven Gerrard-dominated social media reaction from the game.

This wasn’t a classic Reds victory by any means, but it had a fairytale ending for Gerrard, just when it looked like he would be the villain on the day.

The legendary skipper glanced in an excellent winning header with just three minutes left on the clock, having just missed a penalty that looked set to deny his side victory.

It was a great moment for the 34-year-old, who was playing his penultimate game at Anfield before leaving for MLS this summer.

Philippe Coutinho‘s excellent finish had given Brendan Rodgers’ side a half-time lead, but Leroy Fer’s volley punished glaring misses from Adam Lallana and Raheem Sterling after the break. Luckily, Gerrard came to the rescue.

FT: #LFC 2 #QPR 1. Reds made desperately hard work of it but got there in the end courtesy of Gerrard's late show.

Liverpool very lucky there. Really missing a top-class match-winner, which will only get worse when Steven Gerrard departs. #LFC

Bit of a let off, playing mostly for pride at this point but relieved to get the win more than anything.

There were no real standout performances today, against relegation fodder and we were in danger of not winning, which sums up the performances.

Steven Gerrard. What a man he is.

The second last #YNWA of the season. Hard to believe it's the end of another season for #LFC. Got to start putting things right soon.

Pleased for Gerrard that in his penultimate game at Anfield (assuming he plays against Palace) he ended up scoring the winner. Missing a pen would have been a pretty horrible way to bring an incredible Liverpool career to a close.

Don't care how meaningless that win was in terms of the table- it meant everything for Stevie to score a late winner at the Kop end.

That's the 3rd goal we've scored from set pieces I think? Correct me I'm wrong, but that's so shite.

About to leave for Anfield, hope this Rodgers banner supposedly flying over the ground is called off as it's embarrassing to club & fans.

‘theres always tomorrow’ on the forum:

Best we can hope for in a rudderless season. Great to see Steven Gerrard score in his penultimate Anfield game. Usual harsh criticism of his declining play but I guess expectation is and always has been high of his contribution.

My theory is that if the rest of the team had gelled this season he wouldnt have got so much stick. Its not so much his decline as the lack of talent emerging.

Win ugly. When Chelsea do it Mou gets the credit. When ManU did it Sir Alex was genius. When LFC do it, BR got lucky. You guys are too much.

Just think this post-interview form (or lack of…) has highlighted just perhaps why Raheem Sterling isn't ready for a move away from #LFC.

Sterling and Lallana are both shocking at finishing. Wouldn't be *as* bad if they at least hit the target but they often don't.

Let us know your thoughts on the match in the comments below.