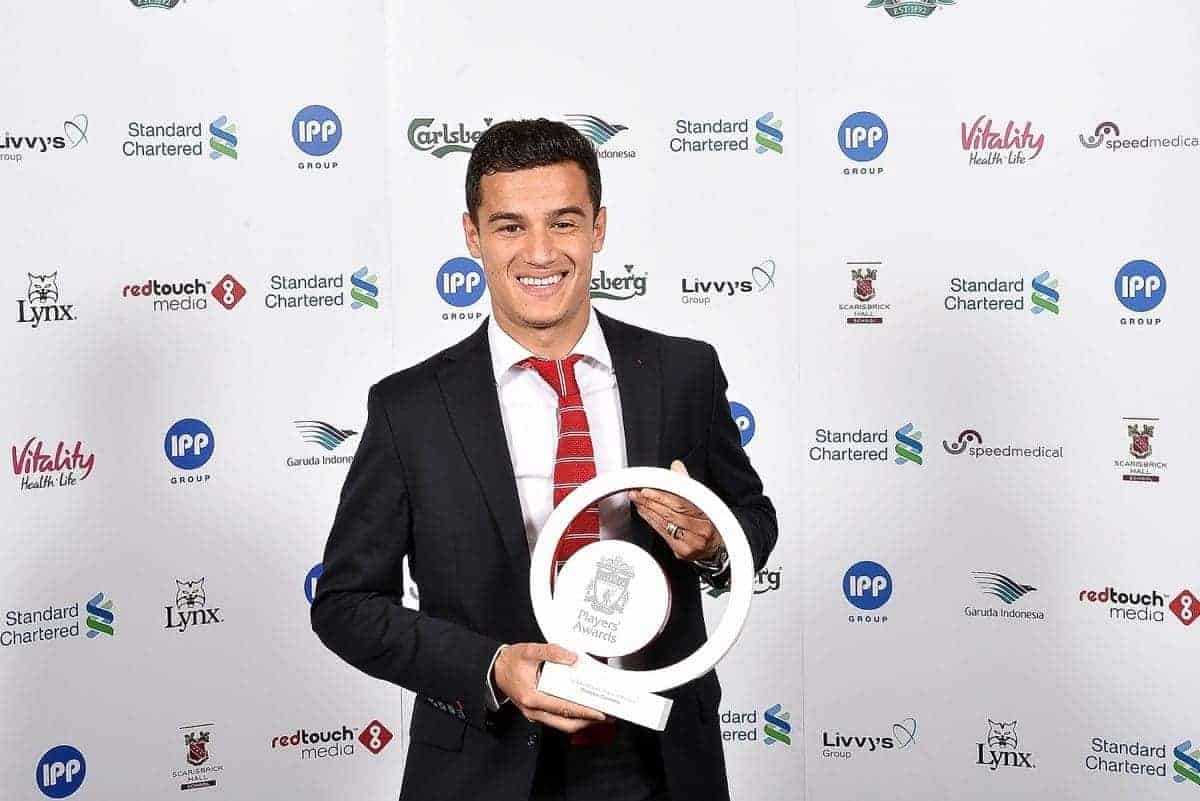 Philippe Coutinho was the stand out winner at Tuesday night’s 2015 Liverpool FC Player Awards, held at the Echo Arena.

Departing Reds’ captain Steven Gerrard was honoured with an Outstanding Achievement Award for his 23 years of dedication to LFC. He was awarded the accolade by formative coaches Dave Shannon and Hugh McCauley. Over 3000 fans gave their captain a fitting final farewell by closing the evening with a rousing rendition of ‘You’ll Never Walk Alone’.

Winners of other player accolades included 20 year-old winger, Raheem Sterling who was voted Young Player of the Year by fans. U21s midfielder Joao Carlos Teixeira, who spent the season on loan with Championship side Brighton, took Academy Player of the Year and England Women’s World Cup representative Fara Williams picked up Liverpool Ladies Player of the Year.

Former Liverpool greats Ron Yeats and Ian St John were awarded a Lifetime Achievement Award for their services to the Club throughout the Shankly era and beyond. A fitting tribute for the pair given it is 50 years to the month since the legendary FA Cup win which brought the FA Cup silverware to LFC for the first time in the club’s history.