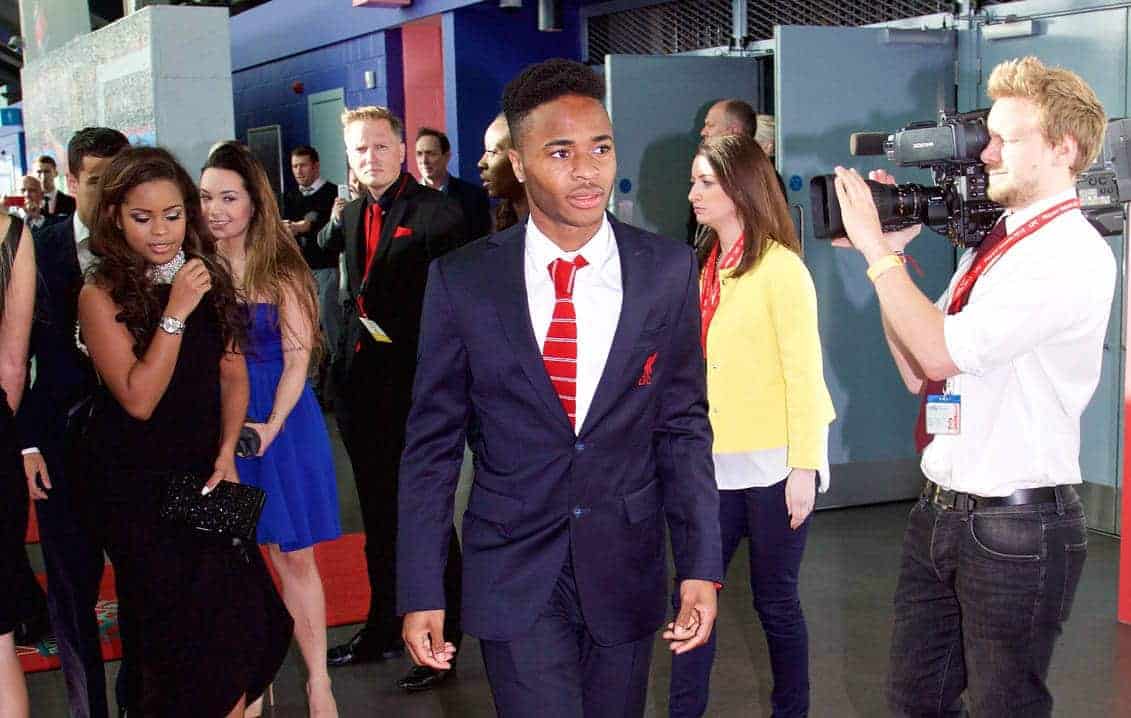 Raheem Sterling has been named Liverpool’s young player of the year at the club’s awards night at the Echo arena on Tuesday night.

The 20-year-old has dominated the headlines since news broke on Monday night suggesting that he will ask the club to be sold this summer.

The announcement that Sterling was the winner of the official young player of the year award led to an awkward acceptance speech which saw the player thank his teammates, although notably didn’t mention Brendan Rodgers.

There have been suggestions in the last 24 hours that Sterling would be more open to signing a new deal at the club if Rodgers were not in charge.

As Sterling left the stage he was given a mixture of boos and applause.

Raheem Sterling wins #LFC young player of the year. Fans shout 'are you staying?' He's then booed by some as he leaves stage

Just to clarify, some booed, some heckled and others applauded. A mixed reception would be the best description.